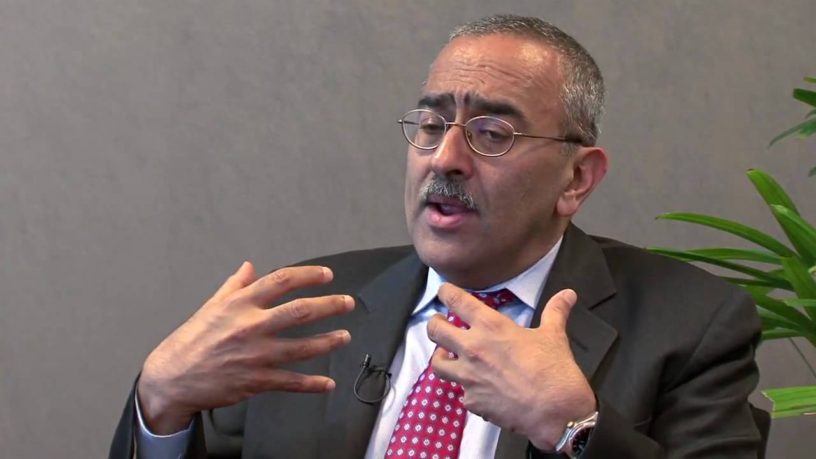 Amit Wadhwaney is a Portfolio Manager and Co-Founding Partner at Moerus Capital Management LLC, and the founding manager of the Moerus Worldwide Value Fund. Wadhwaney has over 25 years of experience researching and analyzing investment opportunities in developed, emerging, and frontier markets worldwide, and has managed global investment portfolios since 1996.

Prior to founding Moerus, Wadnwaney was a portfolio manager at Marty Whitman’s Third Avenue LLC.

Wadnwaney recently did an interview with Opalesque.com where he discussed his deep value investing strategy. It’s a must read for all value investors.

This is an excerpt from the Opalesque.com interview last month. You can read the full interview here:

Opalesque: What kind of value investing do you apply?

Now, when you think in terms of deep value, value presents itself to us in different ways. There could be a disaster in a company, and of course the security gets devalued or plunges in price, or, for example, there’s an industry-wide downturn.

Opalesque: Could you give some examples of company disasters, industry-wide downturns, or other value opportunities?

Amit Wadhwaney: One example that comes to mind is a fine Swedish insurance company called Skandia which in the early 2000s had a bunch of missteps; one in the United States and one in Sweden. The stock was extremely cheap. We were able to buy it at a tremendous discount to what it was worth as a business, and shortly after we began our purchases, it attracted a takeover bid from OM Group, which is Old Mutual.

An example of an industry-wide downturn which presents opportunities is one that is unfolding in the oil and gas area and many of the resources, for example base metals, or agriculture.

Then again, sometimes you find opportunities coming from hiccups in the capital markets. Examples might include the global financial crisis that took place between 2007 and 2009, the Eurozone crisis, the Tequila Crisis in Mexico in 1994, or the Asian crisis in 1997.

Now, you don’t always need a crisis. To be fair, opportunities can sometimes be presented in a more benign fashion. For example, some years ago in 2003, we encountered a company listed in Hong Kong, called Guoco Group. Guoco had just sold its banking subsidiary to DBS Bank and received a big slug of cash. They owned a number of businesses; a real estate company listed in Singapore, a financial services company listed in Malaysia, and a hotel company listed in the UK. They had a bunch of cash on their balance sheet.

And at that time, in 2004, when you tallied up the numbers, the assets, subtracted the liabilities, you wound up with a value of HK$95 per share. And the stock was trading at about HK$40. Now, that to my mind sounds quite attractive. You don’t need a disaster; you need things that are probably overlooked or under analysed. The reason it was so cheap is in the old days, the company was covered by banking analysts.

Once they sold their principal banking subsidiary, it disappeared from everybody’s radar screen because it was no longer a banking company. That presented us an opportunity to do our own research.

Opalesque: What is your valuation methodology?

Amit Wadhwaney: Our valuation methodology typically is biased towards balance sheets. I would say we’re not only focused on hard assets, but it certainly has that tilt. For example, Guoco had all these different securities, actual tangible holdings, which were worth something, and net of all the liabilities its Net Asset Value was well in excess of the stock price. And this asset-based focus of ours requires you to be alert and watchful for these disasters and events. So it’s a very disciplined approach. We have employed it in both developed and developing markets.

I got involved in it years ago when I worked for a firm now called Third Avenue, which I left it in 2014. I built the international investment business there, though it was largely a US centric firm. I have lived in the US, in Asia, in Canada, I have also spent some time in Latin America, so obviously I have a slightly different lens through which I view the world. The thing is, what we do is in some sense a beneficiary of the accumulated years of experience of not only myself but the investment team, which has worked together for a number of years.

For example, to give you a sense of the current positioning; a lot has happened in Latin America over the last couple of years, Brazil, Colombia, and others have suffered as oil prices and resource prices, generally have declined. The currencies have been tanking, the economies have slowed down and inflation rates creeping up. The past year has taken us to places like that at the present time.

Opalesque: It is said that out-of-favour equities may make a come-back in investors’ portfolios. What do you think?

Amit Wadhwaney: Well, for example, our first limited partnership started in October; gold-related securities looked ridiculously cheap then, so we started building positions in them. So to your question about things doing well, yes, that’s one thing that’s been rewarding to us. We will build a portfolio opportunity by opportunity. So if something is really cheap, we will buy it and we will sit on it. Sometimes they make a quick come-back, other times it might be slower.

We are a long-term investor, with a multiyear time horizon. Historically, we have been known to own things for three, five, and ten years. We are very patient.

When we buy things, usually they tend to be declining in price and they are out of favour.

Opalesque: Can you give an example of an investment in out-of-favour equities?

Amit Wadhwaney: For example, a company we bought, which I have spoken about in the past, is Gran Tierra Energy. It is a pretty cashed up oil company with operations in Colombia. Colombia has a decent hydrocarbon resource base, which has historically been under-explored. As the country began to de-risk itself over the past several years, a number of junior oil companies went there.

They raised money on the Toronto Stock Exchange, and they deployed it for exploration and developmental purposes in Colombia. A number of these companies were set up and then, of course, oil prices collapsed. What you saw was a collection of smallish companies scattered across the country, with an industry which was pretty fragmented. That starts to spell opportunity for the likes of Gran Tierra, which is sitting with a balance sheet that is cashed up and able to acquire assets.

That’s an example of something we bought, which is dually depressed. One, it is a Colombian company trading in Toronto with assets in Colombia, and second, it’s in the currently depressed oil and gas space. But again, it’s very cashed up, and so it’s very methodically, deliberately, picking off some of the competitors and building its asset base.

Opalesque: What about European equities?

Amit Wadhwaney: In Europe, with all the shenanigans going on there surrounding Brexit, all the noise and drama and hand-wringing, it is clearly a shock to the system. A lot of people were not prepared for it.

It is an interesting opportunity for us. Without naming names, clearly there are companies that are better than others, but we would like to think that we have dipped our toes into a very clean company, one that is probably going to do okay, hopefully quite well. And the shares of course were clearly slammed along with everything else in the process.

Opalesque: What is your take on current interest rates?

Amit Wadhwaney: A bigger opportunity looking ahead is in negative interest rates, which are pernicious. They have extraordinary distortionary effects, and are impairing companies that are in the area of financial services.

One area that this impacts, which people really haven’t talked a lot about just yet is insurance companies. Insurance companies, like banks – especially life insurance companies – operate with gigantic asset to equity leverage. So the interest sensitivity there is enormous. This could have a very, theoretically, damaging impact on a number of these companies.

Exactly where, which one, how and when is hard to tell, but that’s a very interesting space. They talk about reducing rates even further. They are somehow on a roll doing crazy things. There may be nothing stopping them. But it behoves people like us to keep an eye on the horizon, see what happens, because there’s going to be some serious fodder for us.

Opalesque: Is the fund long-only?

Amit Wadhwaney: Correct. We may from time to time hedge the holdings, both on the currency side, as well as by doing market hedges. We are very bottom-up in our analysis, but extremely macro aware. We are very sensitive to the environment in which our businesses operate.

Opalesque: When was the fund launched?

Opalesque: Could you sum up your investment style?

Amit Wadhwaney: Well, our investment style is long-term, unabashedly long-term. We are very disciplined value investors. We will buy very cheaply, and we will own things for periods of time until value is realised. If you buy the right business at the right price, historically it has tended to pay off quite nicely as long as you are willing and able to stay the course.

And long-term investing seems to have been gradually falling out of fashion, as is value investing. But I do believe that the disillusionment with this end of the business is so strong that there’s a great opportunity here for us. There’s increasing amounts of things for us to do.