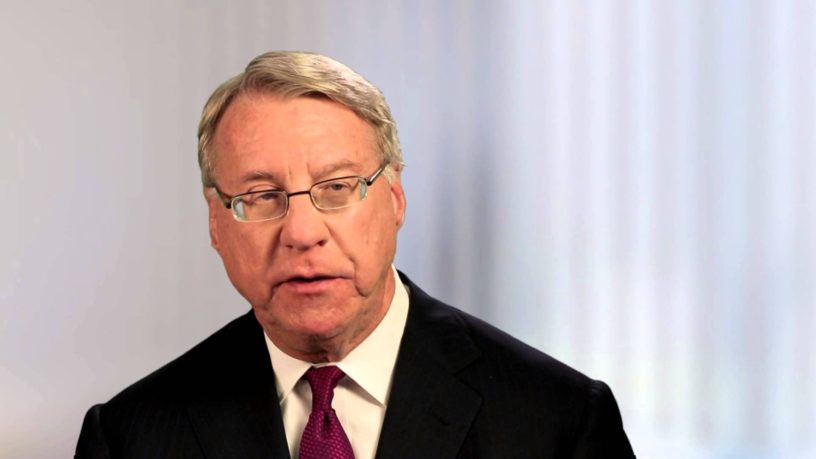 I recently read an interview with James Chanos, which was conducted by The Heilbrunn Center for Graham & Dodd Investing, in the Spring of 2012.

James Chanos is the founder and Managing Partner of Kynikos Associates, a firm he founded in 1985. Throughout his career, Chanos has identified and sold short the shares of numerous well-known corporate financial disasters; among them, Baldwin-United, Boston Chicken, Sunbeam, Conseco and Tyco International. His most celebrated short-sale of Enron shares was dubbed by Barron’s as “the market call of the decade’. He’s also been a Lecturer in Finance at Yale School of Management.

So in short, he’s a really smart guy.

I was particularly interested in his views on what skills are essential to succeed in investing and his thoughts on analysts.

Lets see hat he has to say…

G&D: What are some of the skills that are essential to succeeding in this field?

JC: I teach a class at Yale’s Business School on the history of financial fraud.

One of the things I teach my students, which I also teach my analysts here, is that nothing beats starting with source documents. You have to build a case for an idea, and you can’t do that without doing the reading and the work. We’ve had a little game where we’ve been watching a company that just put out its 10K.

When it came out, prominent in the disclosure was that the company had just changed its domicile to Switzerland for a variety of important reasons. I told the analyst, let’s play a game: call the sell side analysts and try to ask them some questions to see if they know that the company, under the advice of their legal counsel, changed their domicile.

She said that of the eight analysts that followed the company, it was the seventh analyst who had a clue of what she was talking about. None of the others had any idea, which meant they hadn’t read the document, and that 10K had been out for 10 days. This happens more than you think. It happens because Wall Street research departments are marketing departments.

The people with the most experience in these departments spend much of their time marketing. The junior people are back at the shop doing models and such, but there isn’t much thought going into this. So I teach my students and analysts: start first with the SEC filings, then go to press releases, then go to earnings calls and other research. Work your way out.

“Start first with the SEC filings, then go to press releases, then go to earnings calls and other research. Work your way out.”

Most people work their way in. They’ll hear a story, then they’ll read some research reports, then they’ll listen to some conference calls, and by that point may have already put the stock in their portfolio.

It’s amazing what companies will tell you in their documents. Enron is a great example – most of the stuff was hiding in plain sight. There was one crucial piece of missing information, which was the “make good” in the SPVs* that Fastow was running.

The reason people invested in those and bought crummy deals from Enron was that there was a provision that if you lost money, Enron would issue stock and make you good. So that was a key missing piece of information. But in any case, it was amazing how much information was out there. Investing is like a civil trial. You need a preponderance of evidence, not beyond a reasonable doubt.

“Investing is like a civil trial. You need a preponderance of evidence, not beyond a reasonable doubt.”

G&D: Do you recommend investors start with reading the newer filings first?

JC: Yes, look for language changes. Read the most current ones and work your way backwards. Read the proxy statements that are often neglected and are full of great information. By doing that and by spending a night or two with those documents, you can have a remarkably comprehensive view about a company.

So start there and work your way out. This way you are looking at the most unbiased sources first. People on earnings calls will try and spin things, and analyst reports will obviously have a point of view. All of that is fine, because hopefully you will have first read the unvarnished facts.

Primary research is crucial and not as many people do it as you think. Because there is so much information out there, it almost behooves people to read the source documents. If you are an airline analyst, you could be reading about airplane orders, traffic trends, fuel price trends, etc. all day long, and not have a better idea of what is going on at Delta Airlines or Japan Airlines.

Start by reading the documents of Delta Airlines or Japan Airlines. Overtime, understanding what to read and how much time to spend reading various things becomes an art as much as a science. You need to become a good information editor nowadays.

“You need to become a good information editor nowadays.”

Chanos was then asked about his views on what makes a good analyst and what avoidable mistakes does he see analysts make.

G&D: What are some characteristics of the best analysts that have worked for you?

JC: The thing I look for most is intellectual curiosity. One of the best analysts we ever had was an art history major from Columbia. She had no formal business school training. She was so good because she was very intellectually curious. She was never afraid to ask why and if she didn’t understand something she would go figure out everything she could about it. This is almost something that you can’t train.

You either have it or you don’t.

G&D: What are some of the avoidable mistakes that you see analysts make?

JC: One of the biggest things I see quite often is getting too close to management. We never meet with management.

“We never meet with management.”

For all of the bad asymmetries of being on the short side, one of the good asymmetries is that we don’t rely on the company.

We can get information from the company if we want to, as we can go through the sellside. Those that are long the stock and are close to the company almost never hear the negative side in any detail. The biggest mistake people make is to be co-opted by management.

“The biggest mistake people make is to be co-opted by management.”

The CFO will always have an answer for you as to why a certain number that looks odd really is normal, and why some development that looks negative is actually positive. A second mistake some people make is not reading all of the documents. I guide people to always start with the SEC documents, and then go to other sources for information.

“I guide people to always start with the SEC documents.”

It’s amazing how few analysts actually read SEC filings. It blows me away. We have the greatest disclosure system in the world and people by and large don’t take advantage of it. I am a big believer in looking for changes in language in a company’s filings over time.

During the year we were short Enron, each successive filing had incrementally more damning disclosure about the company’s offbalance sheet entities. It was obvious that internal lawyers were pushing management to give investors more detail on these deals that were being done, as they felt uncomfortable about them. Language changes are not accidental. They are argued over internally.

And, we all know what happened there!

*A Special-Purpose Vehicle, or SPV is a subsidiary of a company which is bankruptcy remote from the main organisation (i.e. protected even if the parent organisation goes bankrupt). The actions of a SPV are usually very tightly controlled and they are only allowed to finance, buy and sell assets.