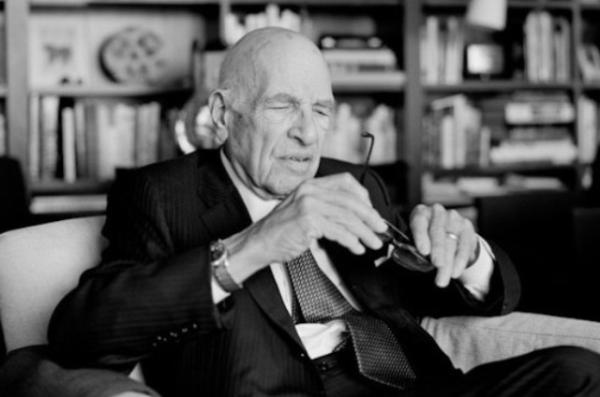 One of my favorite investment classics is Walter Schloss reminiscing about Benjamin Graham and Security Analysis.

It’s a timeless piece from one of the world’s greatest super-investors.

You can read an original copy here:

Ben Graham was an original thinker as well as a clear thinker. He had high ethical standards and was modest and unassuming. He was one of a kind.

I worked for him for nearly 10 years as a security analyst. In re-reading the preface to the first edition of Security Analysis, I am impressed all over again with Ben’s views. I quote . . .

“[W]e are concerned chiefly with concepts, methods, standards, principles, and above all with logical reasoning. We have stressed theory not for itself alone but for its value in practice. We have tried to avoid prescribing standards which are too stringent to follow or technical methods which are more trouble than they are worth.”

Security Analysis says it all. It is up to analysts and investors to put Ben’s ideas into practice.

Back in 1935 while working at Loeb Rhodes (then called Carl M. Loeb & Co.), one of the partners, Armand Erpf, gave a good piece of advice when I asked him how I could get into the “statistical department.” In those days and perhaps today to some extent, the best way to advance was by bringing in business.

If you had a wealthy family or friends, you brought in commissions. Security analysis was in its infancy and who you knew was much more important than what you knew. If you didn’t have connections, it was difficult to get ahead. In any case Mr. Erpf told me that there was a new book called Security Analysis that had just been written by a man called Ben Graham.

“Read the book and when you know everything in it, you won’t have to read anything else.”

I took Ben’s course in Advanced Security Analysis at the New York Stock Exchange Institute (New York Institute of Finance). Ben was a good speaker, enthusiastic and logical. Ben did something that I haven’t seen done often. He would take an undervalued situation at that time, such as the bankrupt bonds of Baldwin Locomotive, and show how much the new securities would be worth based on their projected earning power and assets and relate this to the price of the bonds.

Many bright Wall Streeters such as Gus Levy of Goldman Sachs, who later became the top arbitrageur in the country, used to take his course. I often wondered how much money people made on Ben’s ideas by transforming them into investments.

Ben was very generous with his thoughts and his time, particularly with young people. By offering me a job as his security analyst as I was about to leave the Army at the end of 1945, he changed my life. I know he helped others in our field too.

At Ben’s memorial service, Dave Dodd, Ben’s co-author, told how he had got involved in the book. It seems that Ben was asked to teach a course at Columbia University on investments and he agreed to do it with the stipulation that he would only do so if someone would take notes. Dave Dodd, a young instructor, volunteered and took copious notes at each of Ben’s lectures.

Ben, using the notes, then went ahead and wrote Security Analysis. As Dave said, Ben did the work but he insisted that Dave get credit by being co-author.

Professor Dodd went on to become a very successful investor and a director of Graham-Newman Corporation, an investment trust that Ben had founded in 1936 with his partner, Jerome Newman. The ability to think clearly in the investment field without the emotions that are attached to it, is not an easy undertaking.

Fear and greed tend to affect one’s judgment. Because Ben was not really very aggressive about making money, he was less affected by these emotions than were many others. Ben had been hurt by the Depression, so he wanted to invest in things that would protect him on the downside. The best way to do this was to lay out rules which, if followed, would reduce his chance of loss.

A good example of this was the day I happened to be in his office at Graham-Newman when he received a telephone call that they had bought 50 percent of Government Employees Insurance Co. (now GEICO). He turned to me and said, “Walter, if this purchase doesn’t work out, we can always liquidate it and get our money back.”

The fact that GEICO worked out better than his wildest dreams wasn’t what he was looking for. As the saying goes, a stock well bought is half sold. I think Ben was an expert in that area. Graham-Newman followed the precepts set down by Ben and the fund prospered. Compared to today’s investment company, it was tiny.

Its total net assets on January 31, 1946, were $3,300,000. Ben’s emphasis was on protecting his expectation of profit with minimum risk. If one wants to get hold of Moody’s Investment Manuals for the 1947–1956 period, it is interesting to see Graham-Newman’s holdings. Many of them were small, practically unknown companies but they were cheap on the numbers. It is instructive to read their annual report for the year ended January 1946. It states that their general investment policies were twofold.

2. To engage in arbitrage and hedging operations.

I helped Ben with the third edition of Security Analysis, published in 1951. In the appendix is an article on special situations that first appeared in The Analysts Journal in 1946. In the article, he had worked out an algebraic formula for risk-reward results that could be applied today, 37 years later.

In 1949, The Intelligent Investor was published. This was a book for the layman but it focused on security analysis and gave prestige to the field. Its fourth revised edition is still in print.

One day, I came across a very cheap stock based on its price at the time, Lukens Steel. We bought some but expected to buy more. At this point, Ben went out to lunch with a man who kept telling Ben about one blue chip after another. At the end of the meal he asked Ben if he liked anything and Ben said we were buying some Lukens Steel.

I doubt if it took a day before the man went out and bought a great deal of Lukens and pushed the stock out of our buying range. I had the impression after Ben told me the story that he didn’t want to be rude and hadn’t realized how important his comments were.

He tried to keep things simple. He wrote that he didn’t believe security analysts should use more than arithmetic and possibly a little algebra for any investment decision.

Because Ben was a cultured, many-faceted man, he didn’t spend as much time on investments as did others in the field. He liked to try new ideas. In the late 1930s he became involved in promoting his evernormal granary theory and wrote a book on it called Storage and Stability in which some commodities and metals would be used as a backing for our currency.

His ideas made sense and with cotton at six cents a pound and other raw materials at low prices, it was an interesting proposal. He never had the clout to sell it to the Congress, although Bernard Baruch, a friend of his, supported the idea and it could have been a useful way to help the farmers and reduce the threat of inflation.

Of all the things that Ben accomplished in his lifetime, Security Analysis was, to me, his greatest achievement. Ben Graham was the leader in giving status to security analysts. It was a privilege to know him.