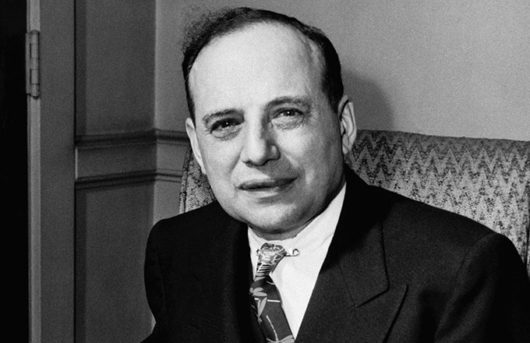 On July 29 we reported that, “The best value stock in the Small and Micro Screener is WILC G Willi-Food International Ltd (NASDAQ:WILC) on a multiple of -0.42 times operating income”.

Willi-Food is a company that specializes in the development, marketing and international distribution of kosher foods.

Today we’ll take a look at WHY?

Willi-Food’s operating divisions include Willi-Food, a distributor of a broad variety of kosher foods, and its wholly-owned subsidiary Gold Frost, a designer, developer and distributor of branded and innovative kosher dairy food products.

Selling expenses decreased by 13% from the comparable quarter of 2015 and the general and administrative expenses decreased by 18.8% from the first quarter of 2015 to NIS 3.8 million (US$ 1 million) compared to NIS 4.7 million (US$ 1.2 million) mainly due to significant decrease in costs of management salaries of Mr. Zwi Williger, the Company’s former Co-Chairman of the Board of Directors and president, and Mr. Joseph Willigera former director and president of the Company, which totaled NIS 1.0 million (US$ 0.3 million).

Mr. Iram Graiver, CEO of the Company, commented, “We are very pleased to report a strong quarter with the new management team. Our financial results have significantly improved, we continued to gain traction with new customers while product sales to existing customers also continued to grow as a direct result of our new strategy to organically grow our customer base and product line and in addition to improve our commercial relations with our suppliers.

That’s the good news, now for the bad news.

On February 17, 2016, a search was conducted in the offices of the Company, the Parent Company, BSD Crown Ltd., and B.G.I Investments Ltd. (collectively, the “Group”), by the Israeli Securities Authority (the “Authority”), during which various documents and computers were taken from the Group’s offices. Similarly, to the best of the Company’s knowledge, a number of executives in the Group are  being investigated by the Authority.

Similarly, Mr. Gregory Gurtovoy, chairman of the Company’s board of directors and the board of directors of the Group’s companies (and the indirect controlling shareholder therein was detained for interrogation by the Authority for three days, after which, he was placed under house arrest for a period of two weeks (which has since ended). According to the exhibit attached to the arrest warrant, Mr. Gurtovoy was arrested on the suspicion of the crimes of fraudulent acquisitions under aggravating circumstances, falsifying corporate documents, fraud, breach of trust in a corporation, money laundering, as well as misleading reporting.

To Company management’s knowledge, the investigation by the Authority relates to an investment of approximately US$ 2.25 million (the “Investment”) made during January 2016 (from sums previously held in a bank account of a subsidiary of the Company) in the form of bonds (the “Bonds”) of a European company (the “Issuer”), ” which allegedly served as a collateral to a loan obtained by the controlling shareholder or another individual, and which was unrelated to the Company’s operations.

The Investment was carried out by B.H.W.F.I Ltd., a wholly owned subsidiary of the Company (“BHWFI”), pursuant to subscription forms to purchase 300 Bonds with a nominal value of US$ 10,000 each (“Subscription Forms”). In practice, BHWFI acquired only 225 Bonds (after withholding tax). The Bonds bear an annual interest rate of 6%, payable semi-annually on June 30 and December 31 of each year as of the issue date until the final maturity date of 31 December 2018. The Issuer has the right to repay the Bonds with prior notice of 30 days without penalty. As of the balance sheet date, the Company decided to value the Bonds according to their nominal cost.

On May 18,  2016, further to a request by BHWFI to the Issuer, the Issuer confirmed (including by way of the provision of extracts from the local state Land Registry and Registrar of Companies) that the Issuer is a special purpose vehicle which holds full title to the primary asset of the Bonds, and that the Investment funds were received by the Issuer and registered in favor of BHWFI (the “Response”).

To the Company’s best knowledge and based on documents in its possession and clarifications it has obtained, including requests to all officers and authorized signatories of BHWFI, no pledge and/or undertaking was given in connection with the Bonds, and in any case there is no validity to any obligation, if any, without the requisite corporate authority. Additionally, BHWFI received confirmation from Bank Leumi Le-Israel Ltd. (“Bank Leumi”), the holder of BHWFI’s bank account (the “Account”), on  May 25, 2016, that there are no pledges on the Account holding the Bonds.

In addition, in the Response, the Issuer alleged that BHWFI supposedly undertook to invest in the Bonds in three installments for a total amount US$ 5 million and that a balance of US$ 2.75 million for the Bonds has not yet been paid (the “Demand” or “Alleged Undertaking”). No supporting documentation or other basis for the Alleged Undertaking was attached to the Demand, which stands in contradiction to previous correspondence with the Issuer.

As of the date of  this report, requests by BHWFI to the Issuer, including by way of a local law firm (in the Czech Republic), to clarify the Demand and receipt of supporting documentation for the Alleged Undertaking, have been left unanswered.

To the Company’s best knowledge, based on documents in its possession and clarifications it has obtained, including requests to all of the officers and authorized signatories of BHWFI, the Company did not grant Issuer any undertaking to purchase additional Bonds beyond the amount undertaking in accordance with the Subsciption Forms, namely 300 Bonds, and in any event, the Company believes, based on the opinion of its legal counsel in Israel, that there is no validity to any obligation, if any, made without the requisite corporate authority.

It is apparent from the extracts of the Registrar of Companies received originally by BHWFI as a result of their attachment as annexes to the Response, that the ultimate controlling shareholder of the Issuer is the Austrian bank – Meinl Bank.

Let’s keep in mind Ben Graham when we look at Willi-Food’s valuation. Ben Graham loved these types of stocks, defining the Net Current Asset Value (NCAV) or liquation value as:

According to PRNEWSWIRE the company has current assets totaling $97.5 million.

According to PRNEWSWIRE, the company also has $5 million in total liabilities:

With the company currently trading at $4.49, this represents a 35% discount to its net current asset value per share.

In summary, the company is selling at a discount to its NCAV per share and has an Acquirer’s Multiple of -0.28, therefore the company represents good value.

If you want to understand more about a negative Acquirer’s Multiple here are two great articles:

Returns On Negative Enterprise Value Stocks: Money For Nothing?

Get started with your value investing strategy. This month you can get FREE access to the top 30 value stocks in the Large Cap 1000 universe.