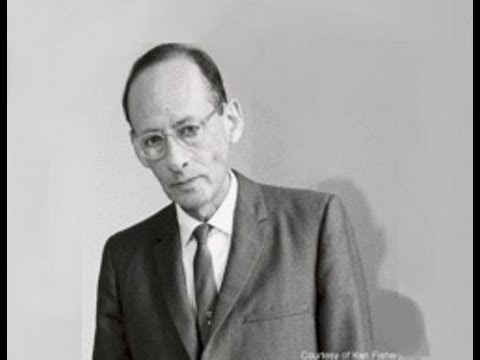 One of my favorite investment books is of course, Common Stocks and Uncommon Profits and Other Writings, written by investing legend Philip Fisher.

Philip Fisher was an investor best known as the author of Common Stocks and Uncommon Profits, a guide to investing that has remained in print ever since it was first published in 1958. He began his career in 1928 when he dropped out of the newly created Stanford Graduate School of Business (later he would return to be one of only three people ever to teach the investment course) to work as a securities analyst with the Anglo-London Bank in San Francisco.

He switched to a stock exchange firm for a short time before starting his own money management company, Fisher & Co., founded in 1931. He managed the company’s affairs until his retirement in 1999 at the age of 91, and is reported to have made his clients extraordinary investment gains.

Fisher wrote one of the best pieces on contrarian investing and managing his investors expectations with his Three Year Rule.

Let’s see what he has to say…

Much has been written in the literature of investments on the importance of contrary opinion.

For example, as it became obvious that the automobile was largely to displace the streetcar and the shares of the once favored urban railways began to sell at ever lower price-earnings ratios, it would have been a rather costly thing just to be contrary and buy streetcar securities only on the grounds that because everyone thought they were in a declining stage, they must be attractive.

Huge profits are frequently available to those who zig when most of the financial community is zagging, providing they have strong indications that they are right in their zigging. If a quotation from Shakespeare was a vital force in formulating my policies on the matter, so also, strangely enough, was a popular song from World War I.

As one of the very thinning ranks of those who can still remember how the home front reacted in the stirring days of 1918, I might point out that in its excitement and enthusiasm for that war the American public had a naivete then quite different from its grimness about such matters in World War II, when the horrors of war were more clearly understood.

Firsthand news of the casualties and the filth and the terror of those in the front lines had not yet permeated the continental United States in 1918. As a result, the popular music of the day was filled with cheerful and humorous war songs in a way that happened on a much smaller scale in World War II, and not at all during the Vietnam fiasco.

Most of these songs came out in the form of sheet music for pianos. One of these songs, published with a picture of a proud mama looking down on parading soldiers, had the title, “They’re All Out of Step But Jim.

I recognized from the very first that I was running a distinct risk of being “out of step.” My very early purchases of Food Machinery and a number of other companies were bought “out of phase,” when their intrinsic merit was completely unrecognized by the financial community.

I might be completely wrong in my thinking and the financial community could be right. If so, nothing would be worse for my clients or myself than letting my firm convictions about a particular situation lock up a sizable amount of funds unprofitably for an endless period of years because I zigged when the financial community had zagged, and I had been wrong in doing so.

However, while I realized thoroughly that if I were to make the kinds of profits that are made possible by the process that I have described as zigging when the rest zags, it was vital that I have some sort of quantitative check to be sure that I was right in zigging.

With this in mind, I established what I called my three—year rule. I have repeated again and again to my clients that when I purchase something for them, not to judge the results in a matter of a month or a year, but to allow me a three—year period. If I have not produced worthwhile results for them in that time, they should fire me.

Whether I have been successful in the first year or unsuccessful can be as much a matter of luck as anything else. In my management of individual stocks over all these years I have followed the same rule, only once having made an exception.

If I have a deep conviction about a stock that has not performed by the end of three years, I will sell it. If this same stock has performed worse rather than better than the market for a year or two, I won’t like it. However, assuming that nothing has happened to change my original view of the company, I will continue to hold it for three years.

Get started with your contrarian investing strategy! This month, get FREE access to the top 30 value stocks in the Large Cap 1000 universe.

2 Comments on “Being contrarian is not enough, you must be very sure you are right – Philip Fisher”