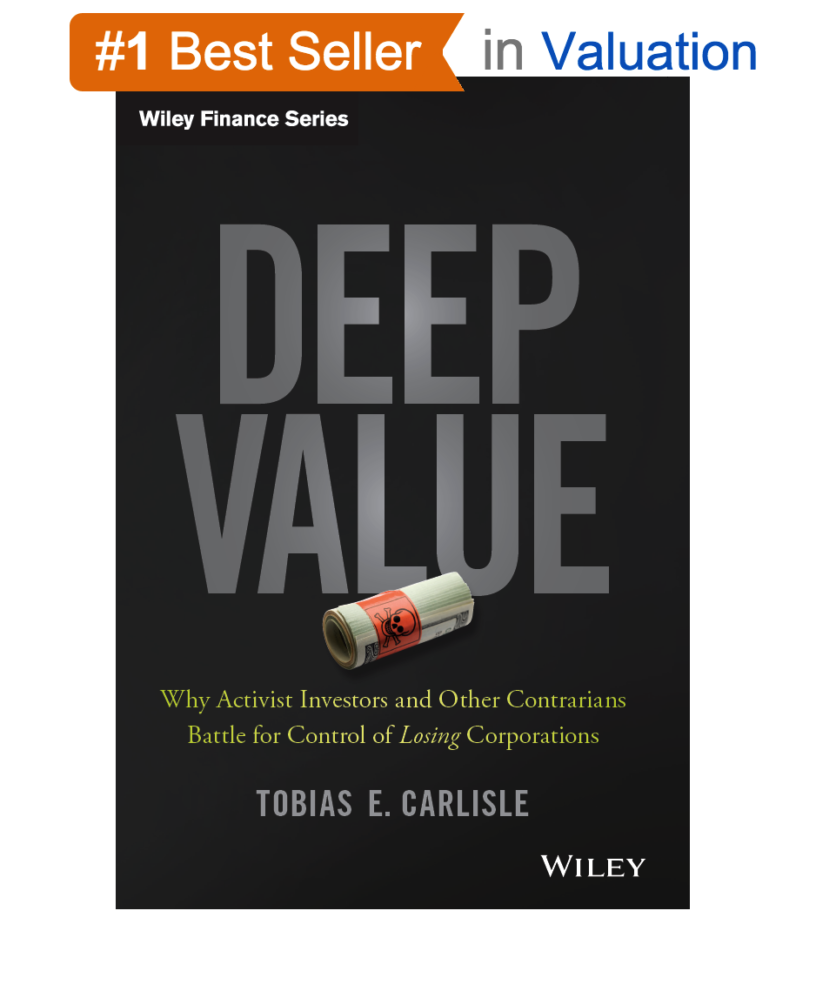 I often get asked, “Why do under-performing companies continue to outperform?”.

To answer this, we need to start with a little history lesson.

In 1934 there was a book published called Security Analysis, written by professors Benjamin Graham and David Dodd of Columbia Business School, which laid the intellectual foundation for what would later be called value investing.

The book has become the  ‘Bible’ for value investors since 1934.

In keeping with the theme of value investing, today we have a contemporary book for value investors called, Deep Value: Why Activist Investors and Other Contrarians Battle for Control of Losing Corporations. It’s written by the Founder of this website, Tobias Carlisle.

But don’t just take my word for it:

“If You’re A Pro On Wall Street Just Shut Up And Read This Book.”

In his book, Tobias writes about a investing phenomenon called ‘mean reversion’ which helps to explain why under-performing companies continue to outperform.

“The implications for mean reversion in stocks are counter-intuitive.”

“Undervalued stocks with historically declining earnings grow earnings faster than overvalued stocks with rapidly increasing earnings. This is mean reversion, and, as Benjamin Graham first identified, it’s the phenomenon that leads value strategies to beat the market. Buffett’s version of Graham’s explanation for it as it applies to stocks is as lucid as it gets (there’s no record of Graham using precisely this analogy).”

In support of his findings, Tobias points to the following research:

“Two economists known for research into both market behavior and individual decision-making, Werner De Bondt and Richard Thaler, theorized that it is this overreaction to meaningless price movements that creates the conditions for mean reversion. De Bondt and Thaler speculated that investors overreact to short-term, random fluctuations in market prices, and this overreaction causes the stock prices to temporarily depart from intrinsic value.”

“Stock prices subsequently mean revert over time toward intrinsic value. If this is in fact the case, the stock prices that have moved the most—up or down—are candidates for a big move in the opposite direction. De Bondt and Thaler tested this idea in 1985. Using data for the period 1926 to 1982, they formed portfolios of the 35 most extreme winners (those that had risen the most), and the 35 most extreme losers (those that had fallen the most) measured over the 3 years before the selection date.”

“De Bondt and Thaler proposed that the cause of the backtracking was investors overreacting to high-profile news events and becoming either overly optimistic or pessimistic about the stock in the short term. The stock price subsequently reverted toward its intrinsic value as the impact of that news event receded from memory.”

Mean reversion forms the basis for the investment strategy that we use here called “The Acquirer’s Multiple®”.

The Acquirer’s Multiple® is the valuation ratio used to find attractive takeover candidates that are most likely to ‘mean revert’ back to their intrinsic value.

If you don’t have a copy of Tobias’ book, you can pick one up here.