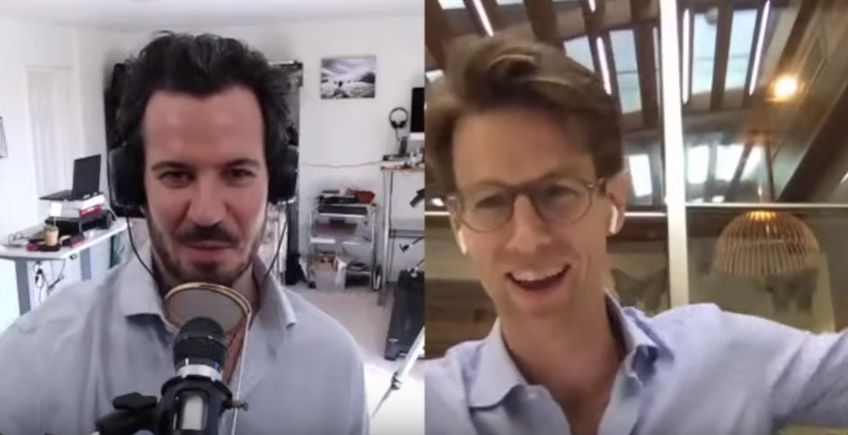 During his recent interview with Tobias, Thomas Braziel, the Founder of 507Capital, discusses how he turned a $20,000 investment in a bankrupt stock into millions. Here’s an excerpt from the interview:

Thomas Braziel: Yeah. That was a little different in the sense of it wasn’t as sure thing as Ethanex. I should say that whenever I’m telling one of these stories, it’s not like it’s the only thing going on. At the time, Ethanex really was all my money because I really thought that we were guaranteed to make a few times our money and then the upside was you got the litigation for free.

Thomas Braziel: Fund.com was interesting. Fund.com was more than a penny stock, it was like a nano penny stock. It traded for literally pennies, two, three cents or something. I guess Ethanex started that way as well. It was a $100,000 market cap, companies basically dead. The guy that ran it was fraudster. That’s part of the story. Fund.com was a company that basically a pump and dump scheme. What they did is they basically inflated a fake balance sheet and then used that fake balance sheet to buy real companies. Sounds a lot like the other companies you might know.

Thomas Braziel: The idea was a fake balance sheet, buy real companies and it was a really smart. You actually say, ‘Hey, Toby. You’re such a good guy. I got this company that’s got $30 million in asset value. You’re such a good guy and knowing you’re going to be in for the long haul. This and this and this. Why don’t I sell you some stock at half a book value? And since you’re such a good guy and you’re going to help me out. You’re of course going to buy up your clients, you’re not actually going to buy it. Why don’t I give you a little something? Just as a thank you. It’s not a kickback. Who said the word kickback? I’m just saying that I would really appreciate that.’ That was the play. He would raise money with this fake balance sheet, basically pitching to brokers like IRAs and whatnot. They get their clients in and then you give them a little something as well, so everybody’s paying everybody and everybody’s happy, of course, until the whole thing blows up.

Thomas Braziel: The interesting thing is, he made a few interesting investments. One of the things he either bought or drove into the company was a domain called fund.com. That was basically the premise of the whole company was that it was going to be a market place for everything investment related. Think of it as, I think I remember seeing old deck about it when we finally got in control of the company, who basically said it was going to be, I can’t remember if he referred to it as an Amazon, but he basically referred to it as like everything you need to know or everything about investing is going to be all on this website. Kind of like investing.com, but it’s called fund.com.

Thomas Braziel: He had a domain, he had invested in a ETF provider. I could think of some color, but I won’t go into specifics, but anybody who really wants to can research it. There was an ETF provider that they owned a chunk of and there were a few other things. At the time, the stock was totally bombed out. Everybody knew the guy who ran it was a crook. They were like, ‘What’s the point of buying equity? Anything that comes in the business, this guys trying to steal.’ I said, ‘All right. Well, you know? Stranger things have happened. Maybe something happens. Maybe I’ll die, I’ll just sit on the bid and get filled.’

Thomas Braziel: I sat on the bid for two years and basically ended up owning 20% of the company at like $100,000 valuation. Literally, it was a $20,000 investment. Long story short is, I had tried a few things, activism things like books and records stuff and corporate law some disclosure, didn’t get anywhere. Then, something really interesting happened. The gentleman that was the puppet master, this guy Jason gets indicted. He gets indicted by the government, not in fund.com, but in something else, another fraud he’s got. This guy, he’s got frauds going on in every town.

Thomas Braziel: It was this, believe it or not, American Indian, Native American bond scandal. Basically they raised this money for this Indian tribe and then, of course, the money was supposed to go to a Casino or something. Instead, they were like, ‘Oh, yeah. We’ll help you with this. We’re the investment manager, we’ll help you raise the money.’ But they never turned the money over to the Indians, they basically just kept it and spent it.

Thomas Braziel: He gets indicted for that and the guy, I kind of found the person that was sort of running the show, sole director and sole CEO for this bond out, non-reporting OTC company. I was like, ‘What are you going to do? This guys indicted, he’s not going to be able to,’ and he was… He did not say it. That’s an English term, he was not talking. Eventually I was like, ‘You know what?’ I read a bunch about Delaware code that do this and one of the things I had learned about was receivership. If you have a company that’s basically been left for dead, you can appoint a receiver. It’s very similar to bankruptcy laws. They have state receivership and assign for the benefit of creditor type stuff, it was very similar to a state run bankruptcy almost.

Thomas Braziel: Anyway, I was like, ‘Hey, I should really go for receivership. This is the time. This guys not going to respond, we’re going to get it by default.’ So, we literally went to Delaware, filed a receivership motion and got appointed receiver. What can I say? What’s great as well is the guy that was running the company, this is what really happened, he stopped getting checks from… When he stopped getting checks, he was like, ‘Well, I don’t work for free and this guys now in jail. Maybe I should just say, oh.’ He actually filed an affidavit in support of us being appointed receiver, which is crazy, he was supposed to be the one running the company.

Thomas Braziel: We get involved and become the receiver. We start marshaling assets. There were two big assets. One, basically, was this ownership and this disputed ownership, because it was disputed how much they owed of this ETF provider. It wasn’t a huge ETF provider, it was like a billion, two billion dollar, which sounds like a lot but ETF margins are thin. You might know if you’ve ever tried to find… I don’t know. Did you ever run across this company?

Tobias Carlisle: I know who it is, yeah. I know that it’s advisor shares. I know the company.

Thomas Braziel: Yeah, yeah, yeah. I’ll give color without giving… because I don’t want anybody to get upset, but these are the facts. That facts were there was dispute about how much they owned, there was dispute about a capital call. At the end of the day, there was a settlement. We were able to settle it and basically, instead of the cash just going to… it was not behind bars. We basically had it come to our corporate bank accounts, which now I control.

Thomas Braziel: That was one source of recover and another source of recovery was the domain itself, which he had of course taken control of through a forbearance agreement because he claimed he had all this insider debt, which is really bogus. First of all, my favorite part about the debt pieces, the two million dollar piece of debt, but it had, I think a 3% late fee per month. Basically, the rate was like, I don’t even know, 50% per year APR, which of course… and we got totally thrown out by the Delaware court.

Thomas Braziel: All the other people, there are a number of people, and I know Toby. That’s why, Toby and I had talked about fund.com over the years. He was always curious and the whole premise of the investment was, there’s actually a lot of value here. Good things can happen because there’s a lot a value. It was no way a sure thing that you were going to really make a killing on the company in the same way that other things are more. That’s a waiting thing, that’s like any portfolio. It’s like, ‘Well, I’m not sure if this is going to work, but if it does, I’m going to make 100 times my money, so okay. I can lose 2% of my portfolio.’ Or whatever you’re comfortable, 5%, 2%, 1%. It’s like any sort of portfolio.

Thomas Braziel: One thing, as I get older but as I just try to think more logically about investing. I think sometimes as investors, were a bit too black and white and we’re not willing to be wrong. I think it’s important to remember that sort of… I don’t know. I don’t know where your thoughts are.

Tobias Carlisle: No, I agree completely. I think that if there are positions that are potentially zeros or massive payouts, then you size it like an option that could expire worthless, but could have a very high payout. Whatever that is for you, 1% or 5% or whatever.