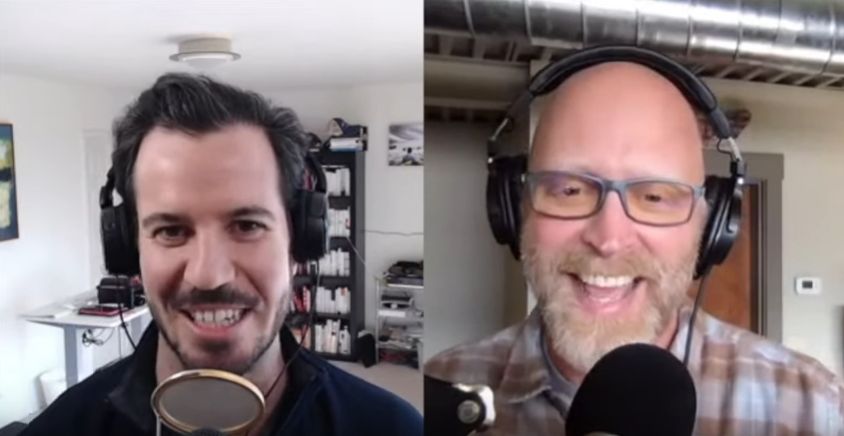 During his recent interview with Tobias, Jesse Felder, hedge fund manager and Founder of The Felder Report Newsletter discusses how breadth and risk appetites provide investors with great timing tools. Here’s an excerpt from the interview:

Jesse Felder: You’re absolutely right. It’s become a mantra of the bulls, which is valuation is not a good timing tool. That’s absolutely true. I think what are good timing tools are breadth and risk appetites. So those are two things I watch very carefully. Late last year in September, I was writing about how many Hindenburg omens were being triggered on the NYSE and the NASDAQ. Absolutely astounding, more than we ever saw in history. And you see these bursts of Hindenburg.

Jesse Felder: In that fall of last year, we saw record numbers of Hindenburg omens triggered on the NYSE and the NASDAQ that told me there’s huge breadth disparity in the market right now. It might be powering higher to new highs, but the NYSE didn’t make new highs, even while the NASDAQ did, and the S&P did. That was kind of another sign.

Jesse Felder: Breadth can be an important warning, and then risk appetites also. So you want to see the right sectors powering the market higher. Today in this rally, we’re seeing the utility stocks do phenomenally well. That tells me that investors aren’t really keen on taking risk, they’re acting much more defensive.

Jesse Felder: When you see staples and utilities and these things doing really well and you see consumer discretionary and technology and these things doing relatively poorly, that’s a clear sign that investor risk appetites are shifting. They’re not embracing risk like they should be at that point in the cycle. So to me, when you have the breadth and the risk appetites both pointing or kind of diverging from price, that’s a pretty good timing tool that the market is pretty close to reversal. You can use those on multiple time frames, too.

Jesse Felder: But that’s also one of the reasons why I’ve said the market is in a topping process, is because we’ve seen these massive number of breadth warnings over the past year. We have also seen risk appetites shifting pretty dramatically, like we’ve seen at past market peaks. Now for me in my own portfolio, things I look at for value and I think where the greatest value us to be found are in things that are outside. So these owner-operated companies that are systematically under weighted by the indexes. So much money is flown into passive and flown out of active that these stocks have been essentially enforced to be sold by active managers and they’re not being bought by passive because they’re low float.

Jesse Felder: So that’s, I think, kind of systematically one area where you can find value. But to me, there are pockets of companies too. I look for a situation where there is massive and predictive insider buying. So you see … have an executive who has a good track record of buying their own stock, and they’re buying a significant amount. That to me will hopefully confirm my idea that the stock is already cheap, and in terms of cheap I use a variety of different measures.

Jesse Felder: Basically a look at the valuation history of the company. I look at it’s valuation relative to its peers, and I’ll also do usually a discounted cash flow model, basically just to try and confirm my idea of what fair value is or even just to see what is the stock price discounting right now. So I don’t use the cash flow model as a primary valuation tool.

Jesse Felder: And then I’ll use technicals to see what is the trend, what is the strength, what is momentum. Usually I use technicals mainly for momentum. I don’t want to buy something that has strong downside momentum. I want, if it is still falling, I want to see waning momentum that shows me signs that sellers are running out of steam. So there are things, I think one of my favorite ideas that I’ve had over the past few months has been post. Bill Stewart is maybe the most successful insider I’ve ever seen in my career. The guy, when he took over Ball Corp in the late 90s and bought, 40, 50, $60 million worth of stock with his own money, brought in his own management team, they all bought as much stock as they could afford. Ball Corp’s up 40-fold in the last 20 years.

Jesse Felder: Bill Stewarts also turned me onto Herbalife a couple years ago. I bought a big slug of Herbalife in early 2015 when he had nothing to do with the company. I really think that’s part of the thesis behind Post today is he saw a company like Herbalife. If you have 80% growth margins, you can’t go out of business, right? If I have 80% growth margins and I have no debt, I literally can’t go out of business. I can have idiots running the company like Buffet says, and it’s really hard to hurt the business.

Jesse Felder: So Post recently has started selling their own kind of a protein powder shake type of a thing, with their access to grocery store shelves and that type of thing. I think Stearets said, “Wait a second, 80% growth margin, that’s awesome. Why don’t we come up with something at Post?” It’s not Post branded, but I do think he owns a ton of stock and was buying more last year. The stock is still cheap relative to its own history, relative to its peers.

Jesse Felder: That’s the kind of thing that I look for. And then because of my concerns about the overall market, I’ll look to hedge that in some way against general market risk.