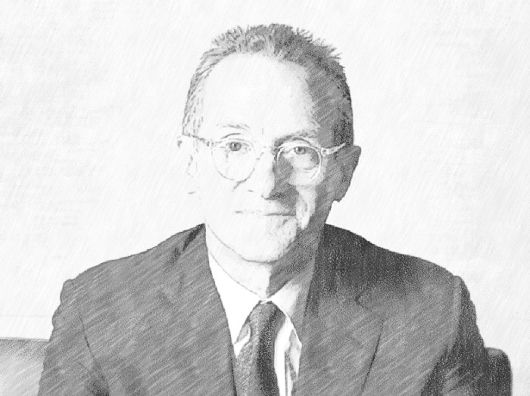 One of our favorite investors at The Acquirer’s Multiple is Howard Marks.

Howard Marks is Chairman and Co-Founder of Oaktree Capital Management, the world’s biggest distressed-debt investor. He’s known in the investment community for his “Oaktree memos” to clients which detail investment strategies and insight into the economy, and in 2011 he published the book The Most Important Thing: Uncommon Sense for the Thoughtful Investor.

One of our favorite memos is his September 2015 piece where Marks discusses the one thing you need to be a superior investor. It’s a must read for all investors.

In 2011, as I was putting the finishing touches on my book The Most Important Thing, I was fortunate to have one of my occasional lunches with Charlie Munger. As it ended and I got up to go, he said something about investing that I keep going back to: “It’s not supposed to be easy. Anyone who finds it easy is stupid.”

As usual, Charlie packed a great deal of wisdom into just a few words. Let’s take the first six: “It’s not supposed to be easy.” While it’s pretty simple to achieve average results, it shouldn’t be easy to make superior investments and earn outsized returns. John Kenneth Galbraith said something similar years ago:

There is nothing reliable to be learned about making money. If there were, study would be intense and everyone with a positive IQ would be rich.

What Charlie and Professor Galbraith meant is this: Everyone wants to make money, and especially to find the sure thing or “silver bullet” that will allow them to do it without commensurate risk. Thus they work hard (actually, study is intense), searching for bargain securities and approaches that will give them an edge. They buy up the bargains and apply the approaches. The result is that the efforts of these market participants tend to drive out opportunities for easy money. Securities become more fairly priced, and free lunches become harder to find. It makes no sense to think it would be otherwise.

And what about the next seven words: “Anyone who finds it easy is stupid”? It follows from the above that given how hard investors work to find special opportunities, and that their buying eliminates such prospects, people who think it can be easy overlook substantial nuance and complexity.

Superior investing isn’t easy. I’ve set forth a number of examples of its complexity, and a long list of simplistic rules that can’t be depended on. Among the many things that keep investing from being easy is the fact that no tactic works every time. Almost every tool an investor might employ is a two-edged sword. Here’ s how I put it last year in ‘Dare to Be Great ll”:

-If you concentrate your portfolio, your mistakes will kill you.
-If you diversify, the payoff from your successes will be diminished.

Each of these pairings indicates symmetry. None of the tactics listed will add value if it’s right but not subtract if it’s wrong. Thus none of these tactics, in and of itself, can hold the secret to dependably above average investment performance.

There’s only one thing in the investment world that isn’t two-edged, and that’s “alpha”: superior insight or skill. Skill can help in both up markets and down markets.

And by making it more likely that your decisions are right, superior skill can increase the expected benefit from concentration and leverage. But that kind of superior skill by definition is rare and elusive…..

Why should superior profits be available to the novice, the untutored or the lazy?

Why should people be able to make above average returns without hard work and above average skill, and without knowing something most others don’t know? And yet many individuals invest based on the belief that they can. (If they didn’t believe that, wouldn’t they index or, at a minimum turn over the task to others?)

No, the solution can’t lie in rigid tactics, publicly available formulas or loss-eliminating rules. . . or in complete risk avoidance. Superior investment results can only stem from a better-than-average ability to figure out when risk taking will lead to gain and when it will end in loss. There is no alternative.

Superior skill is an essential ingredient if superior investment results are to be achieved reliably. No tactic or technique will lead to superior results in the absence of superior judgment and implementation. But by definition, only a small percentage of investors possess superior skill.

It is mathematically irrefutable that (a) the average investor will produce before-fee performance in line with the market average and (b) active management fees will pull the average investor’s return below the market average. This has to be considered in light of the fact that average performance can generally be obtained through passive investing, with tiny fees and almost no risk of falling short.

Superior investors and their well-thought-out approaches can produce superior returns on average in the long run. But even they are far from perfect. The best they can hope for is that they’ll be right more often than they’re wrong, and that their successful decisions will add more than their mistakes subtract.

So, in the end, there’s only one absolute truth about investing. Charlie’s right: it isn’t easy.