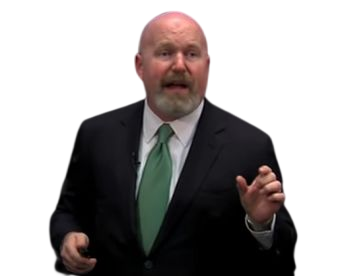 In his recent article titled – Is Value Just an Interest Rate Bet?, Cliff Asness discusses whether value investing really is an interest rate bet. Here’s an excerpt from the article:

Frankly, the assumption of so many pundits who state, when value versus growth has been trading correlated to interest rates and they desperately need something to say, that it makes perfect sense as growth cash flows are much longer dated, is just wrong. They should stop repeating this easy, facile, mistaken and misleading observation. I predict as much success in my effort to change the dialogue here as I normally achieve!

So, why has value versus growth been trading the way it has in recent times? Put simply, I don’t know. Correlation, like fertilizer, happens. But that won’t stop me from taking a guess. If we’re in a bubble, then many must be assuming their growth portfolio is more like the unicorn example above than what real life has ever delivered.

If they believe that, it then follows they also believe growth stocks are considerably longer duration than normal relative to value stocks (recall that the unicorn was the only way to get any decent duration difference, though even there it’s less dramatic than many assume).

Thus, if we are in a bubble, the very same bubble driving price differentials could rationally (rationally in the sense of consistent logic only after very irrational assumptions about growth) be expected to cause value to trade more correlated to interest rates than usual.

Thus, a duration effect could arise from investors’ (temporarily exaggerated) belief in long-term growth differentials, even if only near-term growth differentials are likely to materialize. In other words, the very high (tech bubble level) prices being awarded to growth versus value stocks, and the realized correlation of value versus growth and interest rates, could easily be the same bubble showing up in different ways. That, or random chance – everyone’s least favorite explanation, but often the right one.

Now, if something is trading a certain way, then on average it will continue for a while. Thus, while there are no guarantees, I expect this correlation to be around for a bit. But given that it’s likely either random or based on the same bubble reasons driving super wide value spreads, this all means that upcoming rate moves can affect the path of when (assuming I’m right about value spreads and the future!) value wins, but not whether it will win.

One last thought. I do not find that low interest rates justify super cheap value versus growth prices (it actually doesn’t seem to be a particularly close call). But I don’t argue with the idea that a forty-year bond rally (particularly in real rates) has raised equity prices. It just shouldn’t change relative equity prices (diversified value versus diversified growth) more than a tiny bit, if at all.