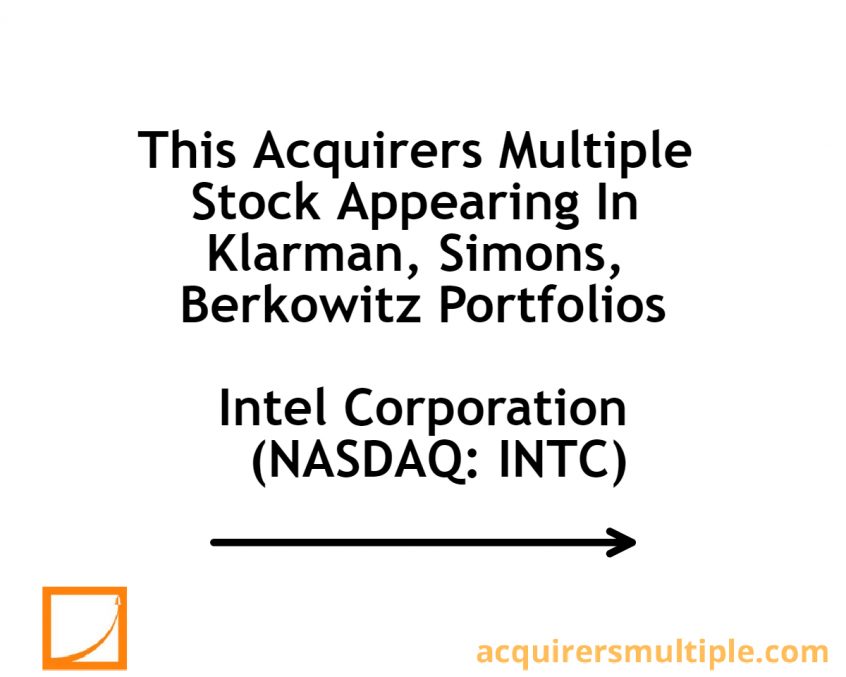 Intel is the world’s largest logic chipmaker. It designs and manufactures microprocessors for the global personal computer and data center markets. Intel pioneered the x86 architecture for microprocessors. It was the prime proponent of Moore’s law for advances in semiconductor manufacturing, though the firm has recently faced manufacturing delays. While Intel’s server processor business has benefited from the shift to the cloud, the firm has also been expanding into new adjacencies as the personal computer market has stagnated. These include areas such as the Internet of Things, artificial intelligence, and automotive. Intel has been active on the merger and acquisitions front, acquiring Altera, Mobileye, and Habana Labs in order to bolster these efforts in non-PC arenas.

A quick look at the price chart below shows us that the stock is down 23% in the past twelve months. We currently have the stock trading on an Acquirer’s Multiple of 9.10, which means that it remains undervalued.