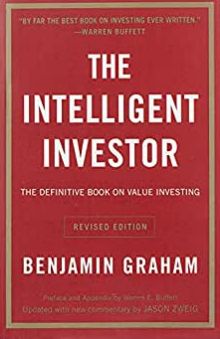 In their latest letter titled – Value Is in the Eye of the Beholder, Brandes Investment discusses why value investing and the value factor are not the same, and Ben Graham’s thoughts on the role of intangibles. Here’s an excerpt from the letter:

The prevalence of style boxes, systematic and quantitative approaches, as well as factor analysis have brought forth the notion that value investing is the same as the value factor. In some cases, that has been simplified even further to equate value investing with only buying stocks with low multiples, especially low price-to-book.

Additionally, there has been a popular sentiment recently that the foundation of value investing articulated by Ben Graham and David Dodd in The Intelligent Investor, Security Analysis, and The Interpretation of Financial Statements is no longer relevant given the evolution of business models and the role of intangible investments.

However, often forgotten—or not even known—is that Graham touched on this in Security Analysis, originally written in 1934, saying:

“It may be pointed out that under modern conditions the so-called ‘intangibles’ e.g. good-will or even a highly efficient organization are every whit as real from a dollars-and-cents standpoint as are buildings and machinery. Earnings based on these intangibles may be even less vulnerable to competition than those which require only a cash investment in productive facilities.

Furthermore, when conditions are favorable the enterprise with the relatively small capital investment is likely to show a more rapid rate of growth. Ordinarily, it can expand its sales and profits at slight expense and therefore more rapidly and profitably for its stockholders than a business requiring a large plant investment per dollar of sales.

We do not think, therefore, that any rules may reasonably be laid down on the subject of book value in relation to market price, except the strong recommendation already made that the purchaser know what he is doing on this score and be satisfied in his own mind that he is acting sensibly.”

We believe restricting oneself to a particular opportunity set or approach, for example using price-to-book as a screen to exclude companies, is too simplistic and poses a risk of overlooking otherwise bona fide value opportunities. Of course, as a fundamental research-intensive manager, we have never relied solely on using one financial metric. On the contrary, we always scour the investment universe for potentially undervalued businesses using a holistic valuation approach. While we are uncompromising when it comes to demanding a discount and therefore our portfolios have been consistently ‘’value” by nature, we are ready, willing, and able to consider investments across the value spectrum.

Brandes: Value Is in the Eye of the Beholder