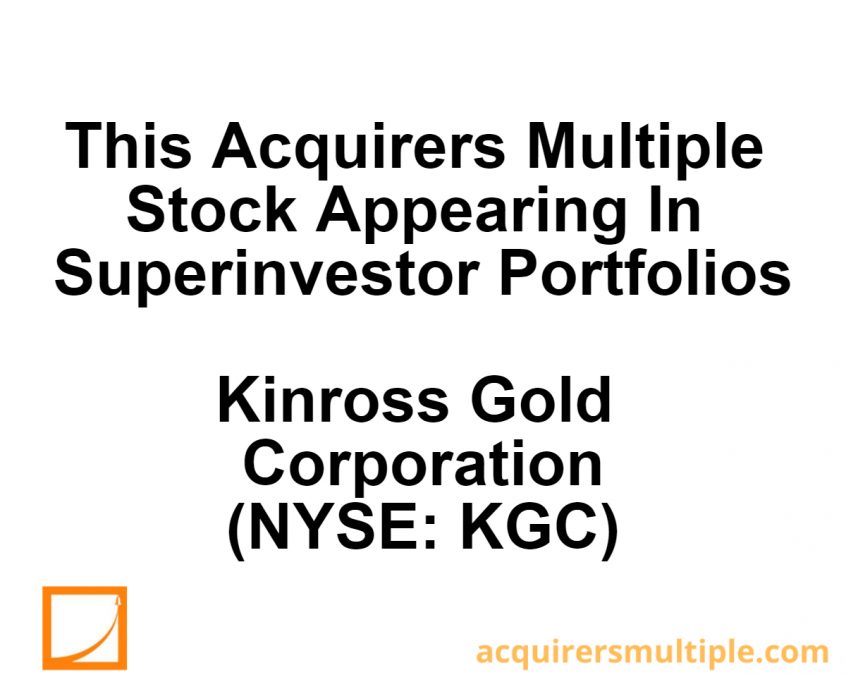 Kinross Gold is a Canada-based senior gold producer, producing roughly 2.4 million gold equivalent ounces in 2020. The company had 30 million ounces of proven and probable gold reserves and 59 million ounces of silver reserves at the end of 2020. It operates mines and focuses its greenfield and brownfield exploration in the Americas, West Africa, and Russia. The company has historically used acquisitions to fuel expansion into new regions and production growth.

A quick look at the price chart below for Kinross Gold shows us that the stock is down 34% in the past twelve months. We currently have the stock trading on an Acquirer’s Multiple of 6.56, which means that it remains undervalued.

Superinvestors who currently hold positions in Kinross Gold include: