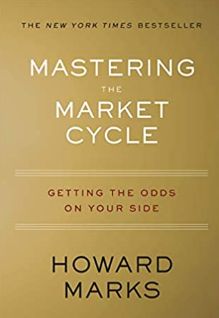 In Howard Marks’ Book – Mastering The Market Cycle, he provides some great statistical data that shows just how much investor psychology impacts markets. Here’s an excerpt from the book:

Putting it all together, fluctuations in attitudes and behavior combine to make the stock market the ultimate pendulum. In my 47 full calendar years in the investment business, starting with 1970, the annual returns on the S&P 500 have swung from plus 37% to minus 37%. Averaging out good years and bad years, the long-run return is usually stated as 10% or so. Everyone’s been happy with that typical performance and would love more of the same.

But remember, a swinging pendulum may be at its midpoint “on average,” but it actually spends very little time there. The same is true of financial market performance. Here’s a fun question (and a good illustration): for how many of the 47 years from 1970 through 2016 was the annual return on the S&P 500 within 2% of “normal”—that is, between 8% and 12%?

I expected the answer to be “not that often,” but I was surprised to learn that it had happened only three times! It also surprised me to learn that the return had been more than 20 percentage points away from “normal”—either up more than 30% or down more than 10%— more than one-quarter of the time: 13 out of the last 47 years.

So one thing that can be said with total conviction about stock market performance is that the average certainly isn’t the norm. Market fluctuations of this magnitude aren’t nearly fully explained by the changing fortunes of companies, industries or economies. They’re largely attributable to the mood swings of investors.

Lastly, the times when return is at the extremes aren’t randomly distributed over the years. Rather they’re clustered, due to the fact that investors’ psychological swings tend to persist for a while—to paraphrase Herb Stein, they tend to continue until they stop. Most of those 13 extreme up or down years were within a year or two of another year of similarly extreme performance in the same direction.