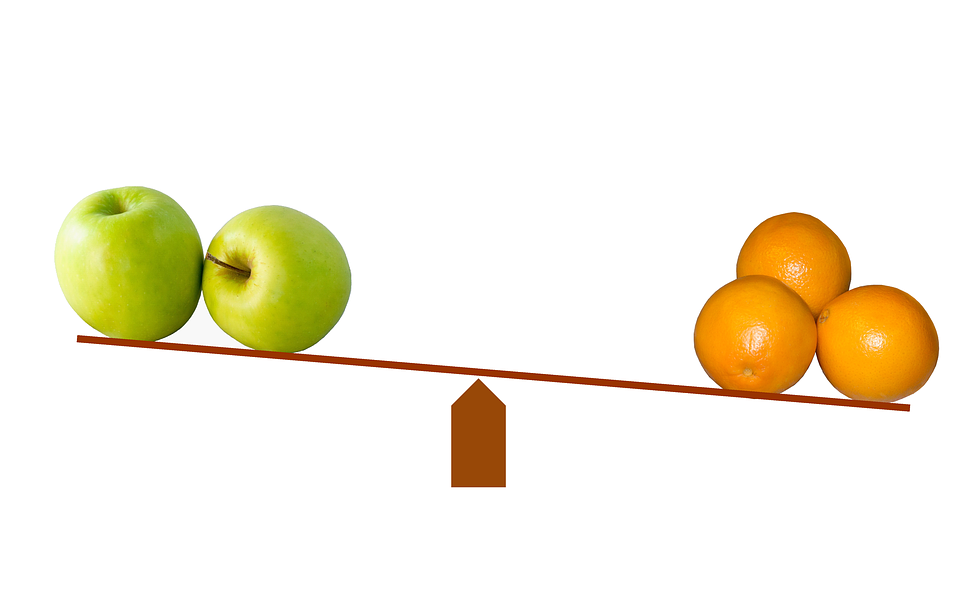 In his latest memo titled – Coming Into Focus, Howard Marks included a great piece on comparing today’s tech goliaths with the Nifty Fifty. Marks makes the point that while the FAAMG’s may be larger, faster growing, and have greater growth potential than the Nifty Fifty, no one’s valuing them on current income or intrinsic value, and perhaps not on an estimate of e.p.s. in any future year, but rather on their potential for growth and increased profitability in the far-off future. And herein lies the problem. Here’s an excerpt from the memo:

Finally, it’s argued that the leading tech companies of today are stronger than the Nifty Fifty of the late 1960s. Today’s leaders are often compared to the Nifty Fifty, but they’re much better companies: larger; faster growing with greater potential for prolonging that growth; capable of higher gross margins (since in many cases there’s no physical cost of production); more dominant in their respective markets (because of scale, greater technological superiority and “lock in,” or impediments to switching solutions); more able to grow without incremental investment (since they don’t require much in the way of factories or working capital to make their products); and possibly valued lower as a multiple of future profits. This argues for a bigger valuation gap and is perhaps the most provocative element in the pro-tech argument.

Of course, many of the Nifty Fifty didn’t prove to be as powerful as had been thought. Xerox and IBM lost the lead in their markets and experienced financial difficulty; the markets for the products of Kodak and Polaroid disappeared, and they went bankrupt; AIG required a government bailout to avoid bankruptcy; and who’s heard from Simplicity Pattern lately? Today’s tech leaders appear much more powerful and unassailable.

But fifty years ago, the Nifty Fifty appeared impregnable too; people were simply wrong. If you invested in them in 1968, when I first arrived at First National City Bank for a summer job in the investment research department, and held them for five years, you lost almost all your money.

The market fell in half in the early 1970s, and the Nifty Fifty declined much more. Why? Because investors hadn’t been sufficiently price-conscious. In fact, in the opinion of the banks (which did much of the institutional investing in those days) they were such good companies that there was “no price too high.” Those last four words are, in my opinion, the essential component in – and the hallmark of – all bubbles. To some extent, we might be seeing them in action today.

Certainly no one’s valuing FAAMG on current income or intrinsic value, and perhaps not on an estimate of e.p.s. in any future year, but rather on their potential for growth and increased profitability in the far-off future.

And note that a lot of the strength and potential of today’s tech leaders derives from their dominant market shares and market power. This same element creates one of their greatest vulnerabilities: potential exposure to anti-trust action. Bigness and the successful tactics that led to it are enough to make some people call for constraints on the incumbents. Here’s what Barclays reported on October 7:

Yesterday, US large-cap technology stocks (i.e. Facebook, Amazon, Google and Apple) came under pressure after the House antitrust subcommittee released a 449-page report proposing far-reaching antitrust reforms.  Recommendations include structural separation, prohibiting a dominant platform from operating in competition with the firms dependent on it and line-of-business restrictions, limiting the markets in which a dominant firm can engage.

There are two groups of stocks in the indices, and the representation of tech stocks is large and expanding. In the S&P 500, for example, roughly one-quarter by value consists of tech and software companies that are fast growing and have the ability to increase both revenues and profit margins, and the remaining three-quarters is slow growing and already enjoying maximum margins.

Today’s tech leaders are more superior than ever to run-of-the-mill companies, rendering indices that include both types of company less relevant than ever. Or so it’s argued. Regardless of where you come out on that question, if an index consists 25% of great growth companies at high multiples (up roughly 30% this year as of the end of September) and 75% more pedestrian companies at low multiples (up 4%), the average figures in terms of growth, valuation and performance  might not be meaningful enough to support conclusions about “the stock market.”