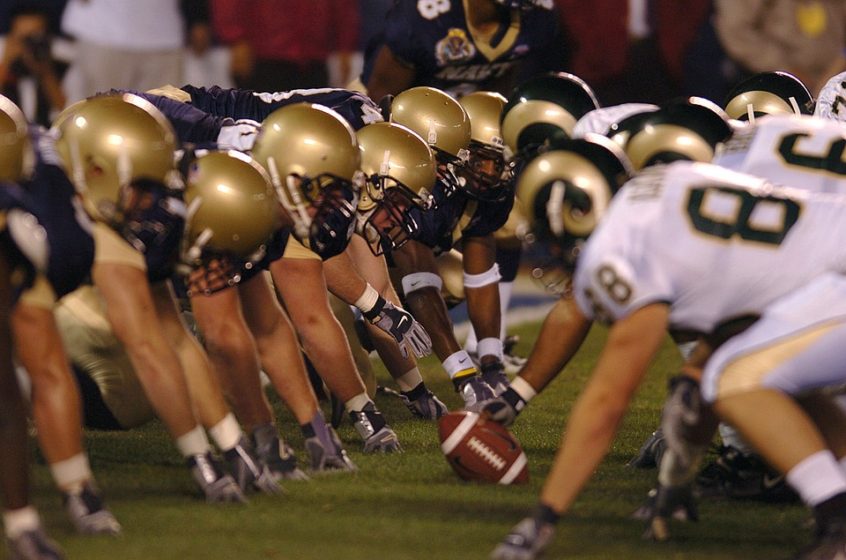 One of my favorite investing books is The Most Important Thing: Uncommon Sense for the Thoughtful Investor, by Howard Marks. The book includes passages from Marks’ memos to illustrate his investment philosophy. In Chapter 17 Marks provides a very simple example of the importance of developing a defensive mindset as an investor. This mindset means you can keep up in good times and outperform in bad times, resulting in above-average results over full cycles with below-average volatility.

There are a lot of things I like about investing, and most of them are true of sports as well.

• It’s competitive— some succeed and some fail, and the distinction is clear.
• It’s quantitative— you can see the results in black and white.
• It’s a meritocracy— in the long term, the better returns go to the superior investors.
• It’s team oriented— an effective group can accomplish more than one person.
• It’s satisfying and enjoyable— but much more so when you win.

These positives can make investing a very rewarding activity in which to engage. But as in sports, there are also negatives.

• There can be a premium on aggressiveness, which doesn’t serve well in the long run.
• Unlucky bounces can be frustrating.
• Short-term success can lead to widespread recognition without enough attention being paid to the likely durability and consistency of the record.

Overall, I think investing and sports are quite similar, and so are the decisions they call for. Think about an American football game. The offense has the ball. They have four tries to make ten yards. If they don’t, the referee blows the whistle. The clock stops. Off the field goes the offense and on comes the defense, whose job it is to stop the other team from advancing the ball.

Is football a good metaphor for your view of investing? Well, I’ll tell you, it isn’t for mine. In investing there’s no one there to blow the whistle; you rarely know when to switch from offense to defense; and there aren’t any time- outs during which to do it.

No, I think investing is more like the “football” that’s played outside the United States— soccer. In soccer, the same eleven players are on the field for essentially the whole game. There isn’t an offensive squad and a defensive squad. The same people have to play both ways . . . have to be able to deal with all eventualities.

Collectively, those eleven players must have the potential to score goals and stop the opposition from scoring more. A soccer coach has to decide whether to field a team that emphasizes offense (in order to score a lot of goals and somehow hold the other team to fewer) or defense (hoping to shut out the other team and find the net once) or one that’s evenly balanced. Because coaches know they won’t have many opportunities to switch between offensive and defensive personnel during the game, they have to come up with a winning lineup and pretty much stick with it.

That’s my view of investing. Few people (if any) have the ability to switch tactics to match market conditions on a timely basis. So investors should commit to an approach— hopefully one that will serve them through a variety of scenarios. They can be aggressive, hoping they’ll make a lot on the winners and not give it back on the losers. They can emphasize defense, hoping to keep up in good times and excel by losing less than others in bad times. Or they can balance offense and defense, largely giving up on tactical timing but aiming to win through superior security selection in both up and down markets.

Oaktree’s preference for defense is clear. In good times, we feel it’s okay if we just keep up with the indices (and in the best of times we may even lag a bit). But even average investors make a lot of money in good times, and I doubt many managers get fired for being average in up markets. Oaktree portfolios are set up to outperform in bad times, and that’s when we think outperformance is essential. Clearly, if we can keep up in good times and outperform in bad times, we’ll have above-average results over full cycles with below-average volatility, and our clients will enjoy outperformance when others are suffering.

What’s more important to you: scoring points or keeping your opponent from doing so? In investing, will you go for winners or try to avoid losers? (Or, perhaps more appropriately, how will you balance the two?). Great danger lies in acting without having considered these questions. And, by the way, there’s no right choice between offense and defense. Lots of possible routes can bring you to success, and your decision should be a function of your personality and leanings, the extent of your belief in your ability, and the peculiarities of the markets you work in and the clients you work for.

What is offense in investing, and what is defense? Offense is easy to define. It’s the adoption of aggressive tactics and elevated risk in the pursuit of above-average gains. But what’s defense? Rather than doing the right thing, the defensive investor’s main emphasis is on not doing the wrong thing.

While defense may sound like little more than trying to avoid bad outcomes, it’s not as negative or nonaspirational as that. Defense actually can be seen as an attempt at higher returns, but more through the avoidance of minuses than through the inclusion of pluses, and more through consistent but perhaps moderate progress than through occasional flashes of brilliance.