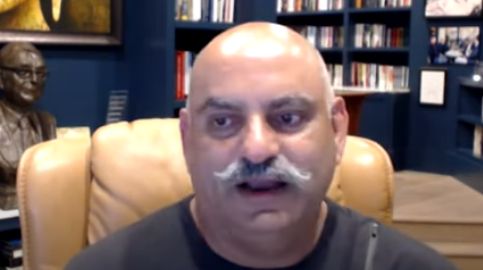 In his recent interview with Narsee Monjee, Mohnish Pabrai explains why focusing on multi-baggers is the best investing strategy. Here’s an excerpt from the interview:

I’ve come to the conclusion, and it’s actually a pretty… it took me a long time to figure this out, but I think for most of you it would seem obvious, is if there is such a thing as a best approach out of all of these approaches, the best approach I think would be one where one focuses on multi-baggers.

Businesses that can be a 10x in 10 years or less, or maybe 100x in 20 years or less. If one focused purely on the multi-baggers there are some advantages that come up with that approach.

One advantage is that one doesn’t have much in terms of taxes because you’ll be holding businesses for a long time, under most jurisdictions around the world until the positions are sold unrealized gains are not taxed.

So basically it gives you an advantage and depending on the place on the planet that you practice this sometimes the tax rates can be as high as 40/50% deferring that for decades, or let’s say 10 years or more is a huge advantage because you get a free interest free loan from the government. So there’s an advantage in terms of taxes with this approach.

The second advantage is that you don’t have this continuous treadmill of needing to find something undervalued then it gets fairly valued and then you sell it and then you go look for something else.

So the multi-bagger approach to investing has a few quirks and it requires us to kind of change our mindset on a few fronts.

So one of the changes one has to make is that traditionally when one looks at what Ben Graham, kind of the father of value investing taught us is that you buy something for well below what it’s worth and then as it approaches fair value you sell the position and then you go look for something else.

But in the multi-bagger framework what you would do is you would actually not particularly care if a position became fully valued, or even overvalued.

So for example if you bought a business for 30, 40 cents on the dollar and that dollar is growing, and at some point it’s worth $1.50 for example it’s gone up more than 50% or what it used to be worth, but the stock is trading at two dollars for example.

So under traditional Grahamian approaches you would sell that as you get past the dollar fifty or whatever. But in the quest for multi-baggers you would continue to keep it in your portfolio even when it became overvalued. You would sell it if it became egregiously overvalued.