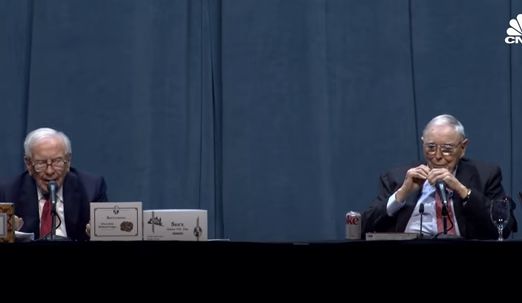 In the latest 2022 Berkshire Hathaway Annual Meeting, Warren Buffett recalls a story of how Charlie Munger negotiated with a large insurance company that had denied a small claim to one of his clients. Here’s an excerpt from the meeting:

Munger: Yeah I remember. He had the trading tickets.

Buffett: Yeah some guys steals some money and Charlie’s firm Wheeler Munger was required to have a fidelity bond and all these things that covered dishonest employees and all of that sort.

So this guy is clearly dishonest, he’s clearly stolen the money, so Charlie puts in a claim for twelve thousand dollars or something like that whatever the loss was and sends it to this very big and prestigious insurance company.

And of course the insurance company denies his claim, they say you know the guy really wasn’t an employee, doesn’t exist, you don’t have a dog you know, I mean the whole thing.

And Charlie gets this letter back and they’re not going to pay the claim. So Charlie writes a letter to this very well-known big name person that runs the insurance company and he said look it… he said, we have this twelve thousand dollar claim and he said this guy stole the money and we thought we had a insurance policy against people stealing that paid us if people stole money.

And said we’re in this very interesting position because you’ve got a bunch of people on the payroll and they’re going to get their weekly check or monthly check whatever they do so they just say we’re not going to pay and life goes on.

Whereas I’m sitting here and I’ve got my time, I gotta work on this thing, and it isn’t worth the twelve thousand dollars for me to fool around with this claim against the company and they’ll appeal it and all these things.

So he said I know that you would be offended by the thought that you might be using this inequality as a bargaining position to avoid paying the claim, and that never could be your intention, so what I suggest in order to really live up to your code of behavior is why don’t we make the twelve thousand dollar claim, which is we’ll just multiply it by 10 and call it 120,000 either way.