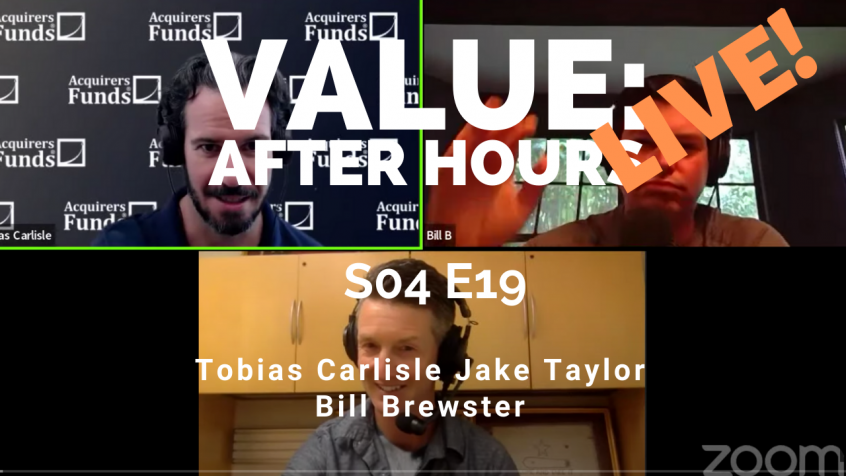 In their recent episode of the VALUE: After Hours Podcast, Cassel, Taylor, and Carlisle discussed Cathie Wood Says AI Could Lead To 50% GDP Growth. Here’s an excerpt from the episode:

Tobias: So, I have– [crosstalk]

Bill: That shit would suck.

Jake: So, let’s just keep drawing a straight line and then–

Bill: It checks out.

Tobias: If you naively extrapolate this trend, you predict that growth will increase again from 3% to 30% within a few decades.

Bill: That’s so dope. This is going to be great.

Bill: Growing 30% to 50% a year, that’s going to be really cool. That’s about what my waistline is working on.

Tobias: The funny thing is though, it’s all sort of slowed down materially since 2000, isn’t it? I thought 2000 was our top-rated GDP growth and we’re slowing.

Bill: Yeah. I think that you’re using facts and stuff, which is frowned upon.

Tobias: What does the world look like if 50% increase in GDP on year-on-year basis?

Tobias: That’s one way to do it I guess.

Jake: What is [crosstalk] per capita?

Jake: That was all tanks.

Jake: That’s not really where you want your GDP to go.

Bill: We’re going to have real GDP growth and when we go to war with China and Russia, it’s going to be amazing.

Tobias: I hope not.