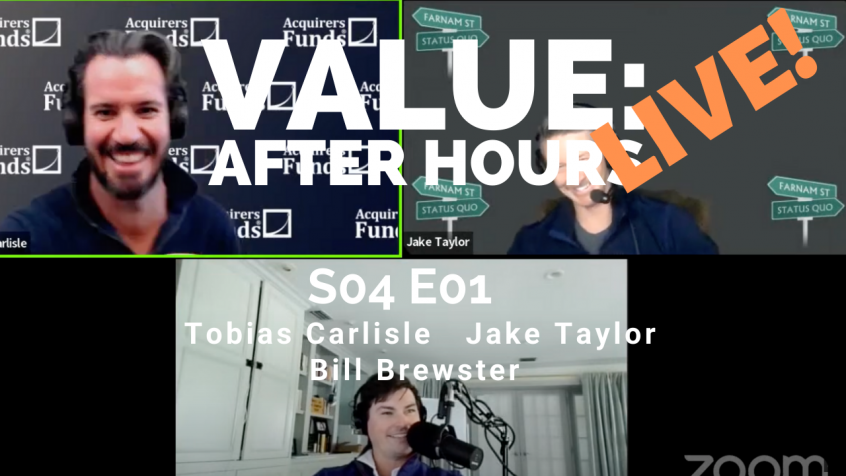 In their recent episode of the VALUE: After Hours Podcast, Taylor, Brewster, and Carlisle discuss Warren Buffett Schools ARK’s Cathie Wood. Here’s an excerpt from the episode:

Tobias: Let’s talk about Ark-Berkshire. Because Ark topped out at 156 bucks in February last year, and it closed out the year like in the 90s, I think. And then, I saw today after that, it’s off another 5% today. So, it’s like 91 last time I looked at something like that. That’s a very, very big drawdown. It’s like 35%. Someone want to do the calculation for me? And then, you contrast that with Berkshire on the other hand, which is up 35% year.

The differential in those two moves as representative of value versus growth, that’s an extraordinarily big move. It makes up for a lot– I don’t know what the difference is. It is like 70%, something like that over the course of a year. But that washes away a lot of sins. You’ve got to outperform by a lot for many, many years to catch up to 70% and then, you can do it in one year. So, I think that’s what [crosstalk] what’s happened in the market.

Jake: But if you were trying to imagine that there was a regime change, then it might look a little like that.

Tobias: I saw a good tweet. I just follow the guy but I’m just blanking on the name a little bit. He said, “Ark could have owned all NIFTY 50 in the 70s.”

Bill: They would have outperformed over the long term. They had to make it.

Tobias: The NIFTY 50 did end up outperforming, yes.

Tobias: Is that right?

Bill: You also had to live through a 90% drawdown, stay committed to the strategy, and end up having the timeframe. But yes, if you just look at stats, they worked.

Jake: How long did they take to get you back to breakeven?

Tobias: Yeah. When was it measured from?