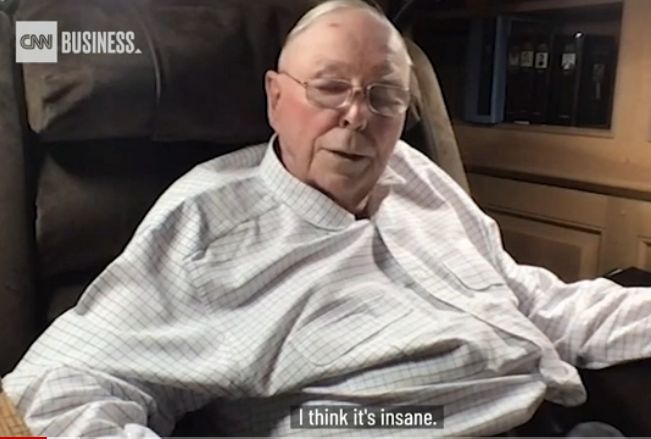 In his latest interview with CNN, Charles Munger discusses the Democrats’ plan to tax stock buybacks, which he says is ‘literally insane’, and why China handles booms better than America. Here’s an excerpt from the interview:

Munger: China, recognizing the horrible troubles that come with letting booms get too big, steps on a boom in the middle of it. Instead of waiting until the very end and the big bust. Of course I admire that. In that one respect they’re wiser than we are.

It amuses me that communist China is being smarter about handling booms, than capitalist America. But I know a lot of people that are smarter than I am.

Should we not have a nation sometimes, that’s smarter than ours in some respects…

Well it’s true that I prefer my own system but considering the problem China had I would argue that their system has worked better for them than ours has for us. They had a horrible overpopulation problem and they had dire poverty. They had a problem we didn’t have. They needed tougher measures than we could use under our Constitution.

And I would argue they were lucky they had the government system they had at the time they had their population problem. And we shouldn’t be… I don’t think we should assume that every other nation in the world, no matter what the problems are should have our type of government.

You know, it’s one of the most remarkable achievements in the history of the human race what the Chinese have accomplished in the last 30 years.

You can listen to the entire conversation here: