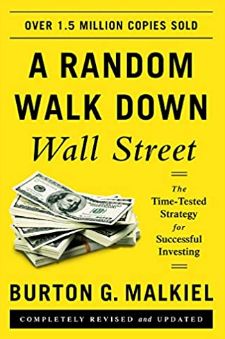 In his book – A Random Walk Down Wall Street, Burton Malkiel discusses the nonsense of relying on very high long-term growth rates. Here’s an excerpt from the book:

The catch (and doesn’t there always have to be at least one, if not twenty-two?) is that dividend growth does not go on forever, for the simple reason that corporations have life cycles similar to most living things. Consider the leading corporations in the United States over a hundred years ago.

Such names as Eastern Buggy Whip Company, La Crosse and Minnesota Steam Packet Company, Savannah and St. Paul Steamboat Line, and Hazard Powder Company, the already mature enterprises of the time, would have ranked high in a Fortune top 500 list of that era. All are now deceased.

And even if the natural life cycle doesn’t get a company, there’s always the fact that it gets harder and harder to grow at the same percentage rate. A company earning $1 million need increase its earnings by only $100,000 to achieve a 10 percent growth rate, whereas a company starting from a base of $10 million in earnings needs $1 million in additional earnings to produce the same record.

Using similar kinds of projections, one can estimate that at the same time 240 percent of the people in the country with venereal disease will live in California. As one Californian put it on hearing these forecasts, “Only the former projections make the latter one seem at all plausible.”

Hazardous as projections may be, share prices must reflect differences in growth prospects if any sense is to be made of market valuations. Also, the probable length of the growth phase is very important. If one company expects to enjoy a rapid 20 percent growth rate for ten years, and another growth company expects to sustain the same rate for only five years, the former company is, other things being equal, more valuable to the investor than the latter.

The point is that growth rates are general rather than gospel truths. And this brings us to the first fundamental rule for evaluating securities:

Rule 1: A rational investor should be willing to pay a higher price for a share the larger the growth rate of dividends and earnings.

To this is added an important corollary:

Corollary to Rule 1: A rational investor should be willing to pay a higher price for a share the longer an extraordinary growth rate is expected to last.