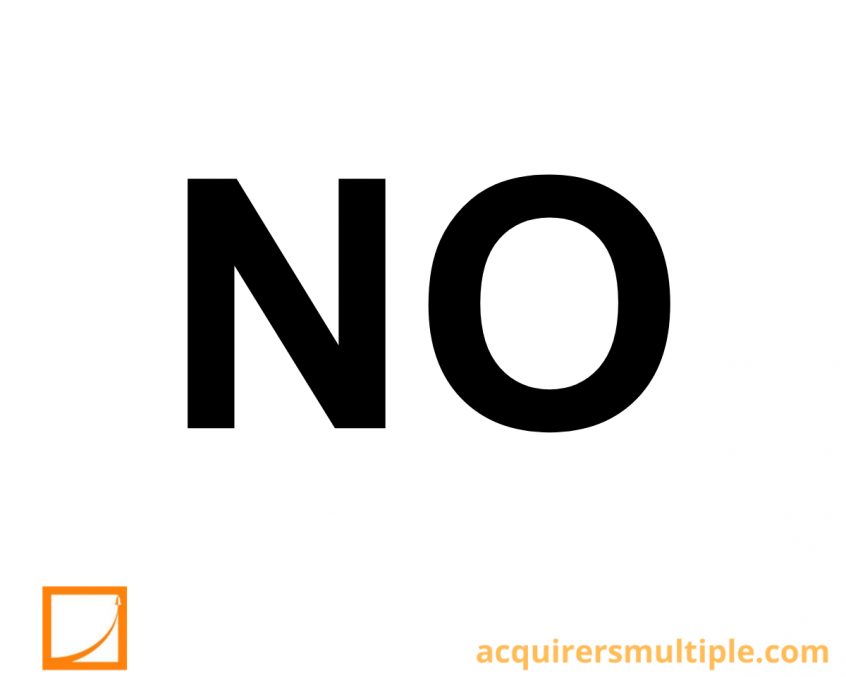 In Ronald Chan’s Book – The Value Investors, Jean-Marie Eveillard provides two examples of when he had the courage to say no. Here’s two excerpts from the book:

Obviously, I was wrong and unhappy in the next 18 months because the market went up another 30 percent, but in 1990 when the market collapsed, we owned nothing in Japan and our decision was proved logical.

Our fund had total assets of around $6 billion in 1997, but by 2000 it was down to $2 billion. I was unhappy, but I constantly reminded myself that I was acting in the best long-term interests of our investors, so I had to do the right thing. When the mania was over, investors came back and praised our discipline. The fund [the First Eagle Global Fund] today has a size of close to $30 billion.