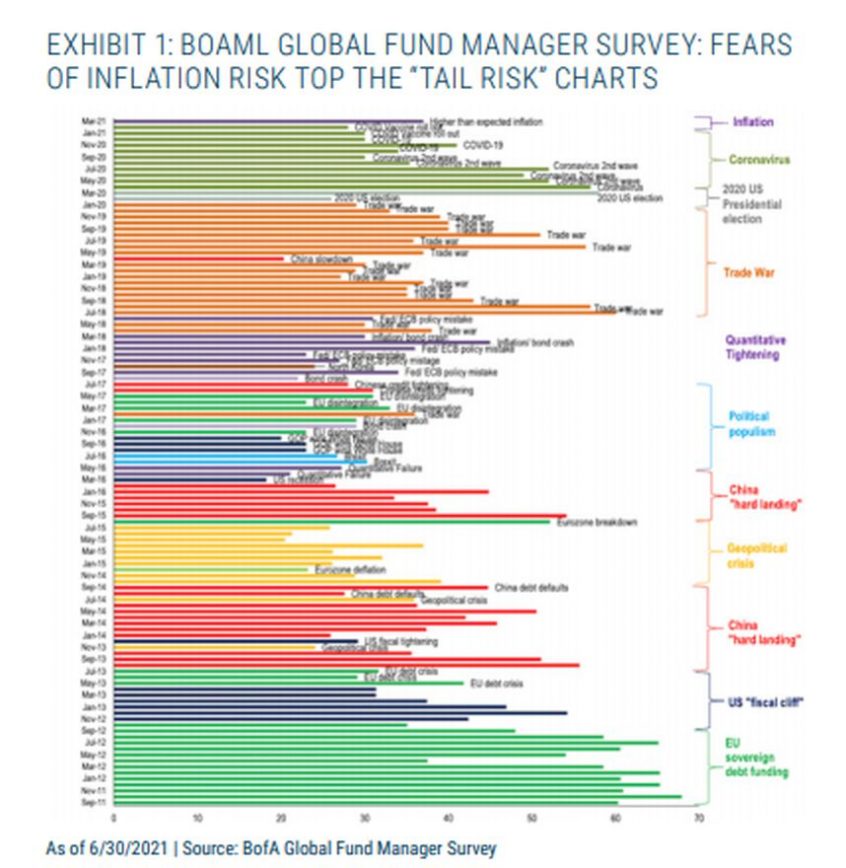 In his latest paper titled – Part 1: Inflation – Tall Tales And True Cases – Much Ado About Nothing, James Montier discusses why the upsurge in inflation angst is much ado about nothing. Here’s an excerpt from the paper:

Inflation is often a poorly understood concept, with monotheistic explanations abounding. Money supply or fiscal deficits are oft-blamed suspects in the conventional wisdom. In reality, history teaches us that inflation is frequently more complex than such simple-minded explanations allow.

Inflation is invariably, as Wicksell put it, a “cumulative process” in that it involves a feedback loop between prices and costs.

Labour costs are particularly important in the production process, and thus a sustained inflation requires wages to rise significantly faster than productivity (as we have noted before, we have actually been witnessing the opposite situation for a long period of time now – a phenomenon known as wage repression).

Without a radical shift in labour’s bargaining power (of which there is yet no sign) it is unlikely that inflation will be able to embed itself in the system. Thus, we believe the upsurge in inflationary angst is likely much ado about nothing.

Whilst the times have changed, the stories of the inflationistas have not (see Exhibit 1). They continue to resemble the little boy who cried wolf. This is problematic because this time around there are risks of short-term inflation, but not the ones that the inflationistas are discussing. Understanding the underlying causes of inflation is vital in determining how to hedge them. 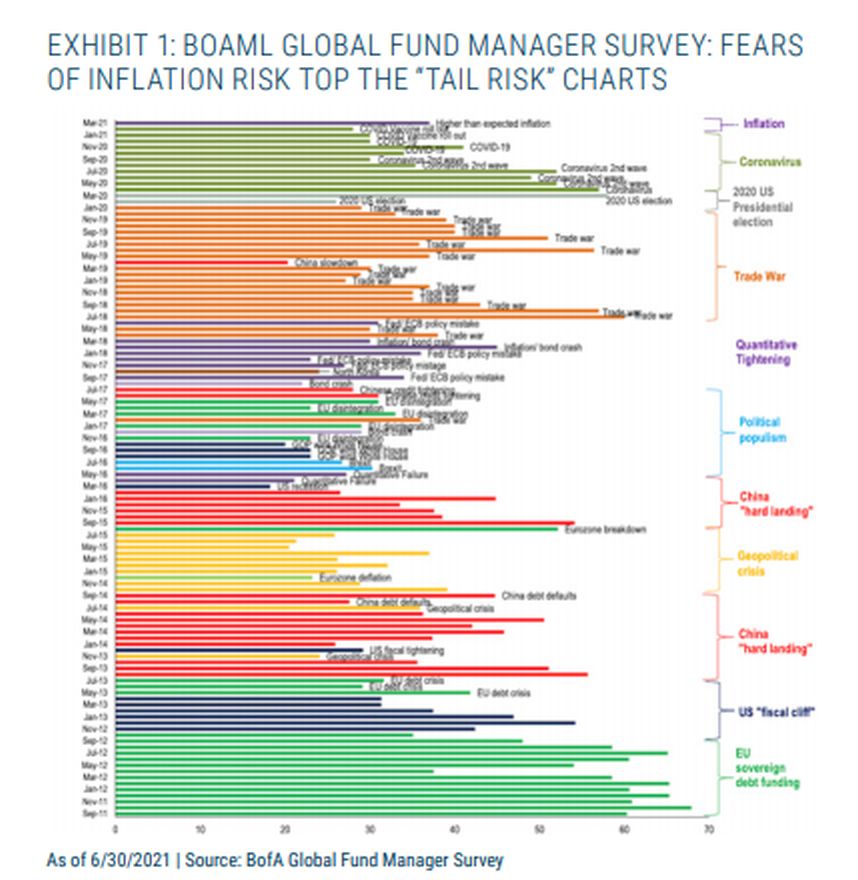 Part 1: Inflation – Tall Tales And True Cases – Much Ado About Nothing