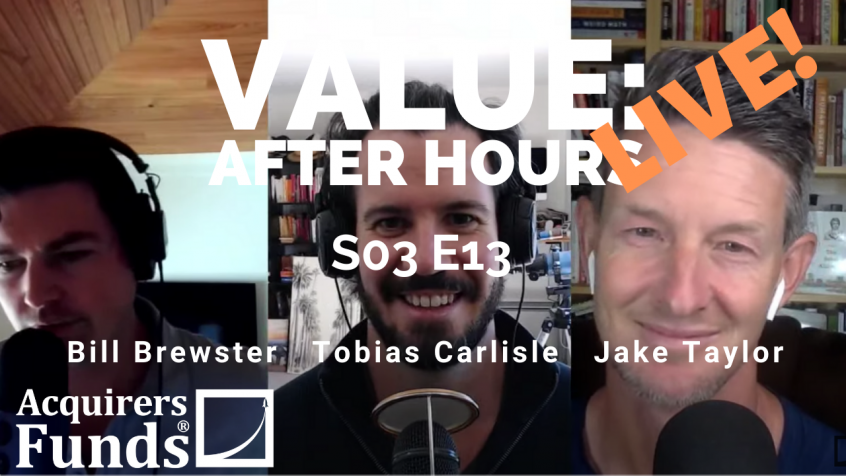 In this week’s episode of the VALUE: After Hours Podcast, Taylor, Brewster, and Carlisle discussed Adaptive Radiation. Here’s an excerpt from the episode:

Jake: Today’s veggie segment is on this idea from evolutionary biology called adaptive radiation. I’ll read a couple of definitions of it that might help start us. One definition is, it’s the diversification of a group of organisms into forms filling different ecological niches. Another one is a relatively fast evolution of many species from a single common ancestor, particularly when a change in environment makes new resources available.

In a common era, a very static environment, nature rarely will have two types of species that are occupying the same niche, because one will be a little bit better adapted than the other one, and it will drive it out, and you’ll reach this static equilibrium of this particular adaptation, this species is better suited for this environment the way that it is. Now what ends up happening, those niches then become homogenized by one species.

But when you have a lot of change, then it can create these disruptions where then all these new niches open up, and you’ll see a large radiation of adaptation, hence the name ‘adaptive radiation,’ that allows lots of strategies to be successful in the environment.

Okay, after the dinosaurs died out, there were a bunch of really weird animals that came around at that point. You had these giant carnivorous birds that look like huge ostriches, you had apparently like hoofed carnivores that were almost like cows, but they were like hunters. Giant land crocodiles, these giant cat and dog looking hybrid animals. And of course, eventually, you had mammals, which had this huge explosion in functionalities after the dinosaurs.

You often see this adaptive radiation occur in an island setting, because it’s sort of its own little niche, and you’ll get one species that will come in, and it will suddenly find– it’ll evolve rapidly to fill a bunch of niches within that island environment. One example of that is the Hawaiian honeycreeper, which is actually 17 different species that came from one original species probably, but it has all these different beaks that are adapted to fit the environment and take advantage of a particular resource. You have ones that are insectivores, ones that are nectivores, which means eating nectar, ones that are seed eaters, they have really flat bills for crushing the seeds, and then you have these ones that are kind of more generalists. So, you have this rapid adaptation to fill a particular niche. Toby, you look like you got a question?

Toby: Oh, I was just going to say something like niches get stitches, but I couldn’t find a place to stick it in sensibly, so keep going. [laughs]

Toby: Thanks, brother. That’s why I didn’t say anything.

Bill: Yeah, that was awesome. Appreciate that. We’re all– [crosstalk]

Jake: [laughs] In nature, any kind of disruption is what creates opportunity. I think it’s obviously similar to, I think, economic environments as well, and maybe markets. Our mutual friend of the show, Rishi, sent me a recent letter from Rob Vinall who’s RV capital, and also a couple follow up posts that he had about his letter. It’s pretty interesting how it ties in with this. He’s talking about investing is really about forecasting future cash flows. We all agree that’s the game to be playing, discounted back to today, and you want to be as accurate as you can about what those future cash flows are going to look like. The problem is that you can’t really avoid making assumptions about what the world might end up looking like to make these cash flow predictions.