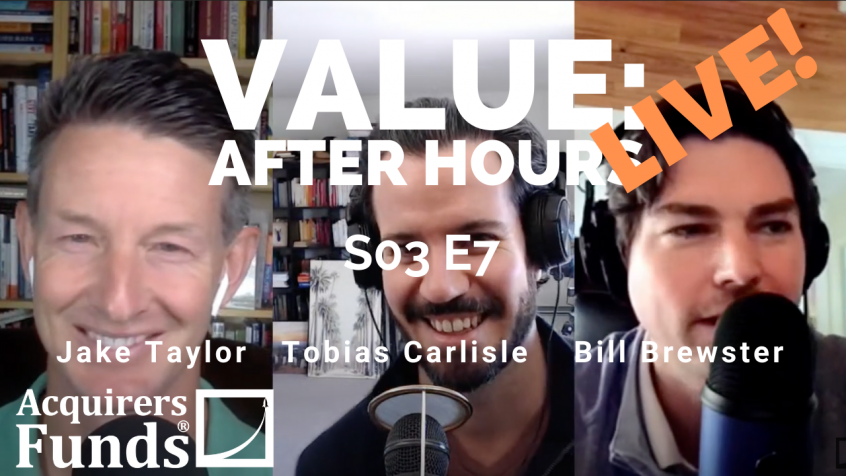 During their recent episode of the VALUE: After Hours Podcast, Taylor, Brewster, and Carlisle discussed Warren Buffett’s Energy Bets. Here’s an excerpt from the episode:

Tobias: One of our listeners pointed out that, the Japanese trading houses that he’s bought, are all-natural gas trading and they have big natural gas trading enterprises and in addition to Dominion Energy, so he’s got this big natural gas bet on at the moment which– this is slightly my topic, but the natural gas has rocketed over the last short period of time here but also since the Q3 last year, it’s taken off.

I think was at its highest ever. It’s on a tiny little demand spike like 3.5%. Did he get in there just because he thought it was cheap? Is that one of the reasons why he’s gone off to these Japanese trading houses? Are they slowly fixing the– they’ve had terrible returns in equity for a long time, but is that all slowly being fixed?

Jake: I don’t know. I think a lot of those are very heavy industry as well, with big fixed costs that may or may not do well with inflation. I don’t know if that’s a little bit of the bet there. I don’t know. Japan, in general, has been cheap off and on for the last 30 years, probably more on.

Bill: When did you say that natural gas has been rallying since?

Jake: No, that can’t be all-time highs.

Bill: I’m looking at or looking at the front month commodity contract now, and in 2016, it looks like it was $3.36 per whatever unit this is quoted in. Now, it’s at $307. I mean, for a while, I don’t know, with all the fracking and stuff, there was just so much damn gas coming out of the ground that they just couldn’t get the price up. Now that some of that fracking has sort of gotten shut off, I think that the price can sort of go up. I don’t know what I’m talking about. I do know that I see a Head & Shoulders, so shout out to the [unintelligible [00:21:04].

Bill: Yeah, dude, it looks like it’s a Head & Shoulders that turned into a bull flag and a breakout. Woo. That is some sexy-looking stuff.

Bill: It’s going to rip. You want to pull back to support here though, folks.

Bill: Anyway. That’s right. Some consolidation. I have no idea about natural gas at all. I think that what he saw in the old Dominion stuff is, I think that the– Shoutout to Brad, one of our listeners. There just is not much appetite, I think, to put into pipeline assets anymore. I think that he probably saw roughly a 10% yield on what is probably a pretty stable asset and isn’t going to require a whole lot of cash. Maintenance capex, he’s probably got some amortization tax benefit, put it in the energy company and get some more tax advantages out of that. I think the math worked and he doesn’t think that there’s huge risk of new capital flooding the industry, is how I would assess it, but I don’t know what the hell that guy’s thinking. He’s a savant on me.

Tobias: Huge amounts of capital flowing into the industry. Not right now.

Bill: No, I said there aren’t–[crosstalk]

Jake: I think especially if ESG continues. Are we building another pipeline in our lifetimes?

Bill: I don’t know. Shoutout to MMP and EPD.

Tobias: You want to take it away, Bill?