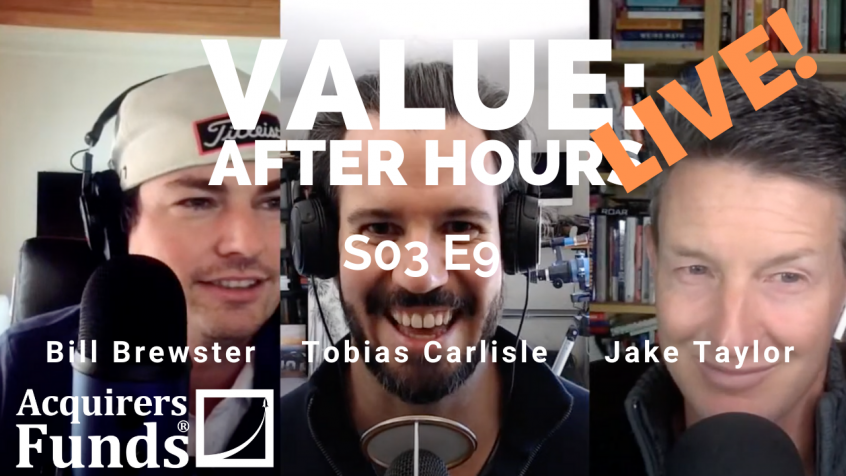 During their recent episode of the VALUE: After Hours Podcast, Taylor, Brewster, and Carlisle discussed Parking Cash In Berkshire. Here’s an excerpt from the podcast:

Jake: He’s talking about the different buckets of investors inside of Berkshire, whether it’s institution or index or individuals. That was a great conversation or section, by the way, just talking about Phil Fisher’s idea from 1958 about getting the customers, the clientele that you deserve as shareholders. Anyway, he’s saying there’s some investors active who use Berkshire as kind of a placeholder for cash, they’ll just park in Berkshire. He said he doesn’t have any quibbles with that, and that they actually have positions like that for themselves. I was wondering, what do you think in that portfolio is a placeholder position people use Berkshire for?

Tobias: I was a little bit surprised when he said that too, because as we were just discussing before, he’s got that approach where he doesn’t really take a position until– there’s no risk.

Jake: That’s not a punch card mentality, is it?

Tobias: Yeah. I’ve heard lots of people say that to me in the past that they use Berkshire as like a cash substitute, which I always thought was funny. It’s still mark to market, but isn’t the point of it that, like what you’re really holding your cash for, is you get a March 2020, so you can go spend it. Guess what happened in March 2020? Berkshire got mark to market, too.

Jake: How it got you.

Jake: Push you out that risk curve.

Bill: Yes, I fully admit it, but I don’t know what you do with it. You want to stay inside the risk curve and just watch stuff rip?

Tobias: Anybody who’s been disciplined, anybody who’s done that and hold cash has been so thoroughly punished that they don’t have much left at this point.

Bill: Yeah, well, it was a big part of the reason that I had a big year last year, was I had a decent amount of cash to deploy in March. I don’t have that bullet now. That’s probably when I was saying that I feel the most uneasy that I’ve ever felt, that’s probably part of why I feel so uneasy.

Tobias: Could you reverse engineer a put or something like that? What kind of cash you want if the market goes down by X percent before the end of the year, and then put a put on?

Jake: Why not just raise a little more cash and sleep like a baby?