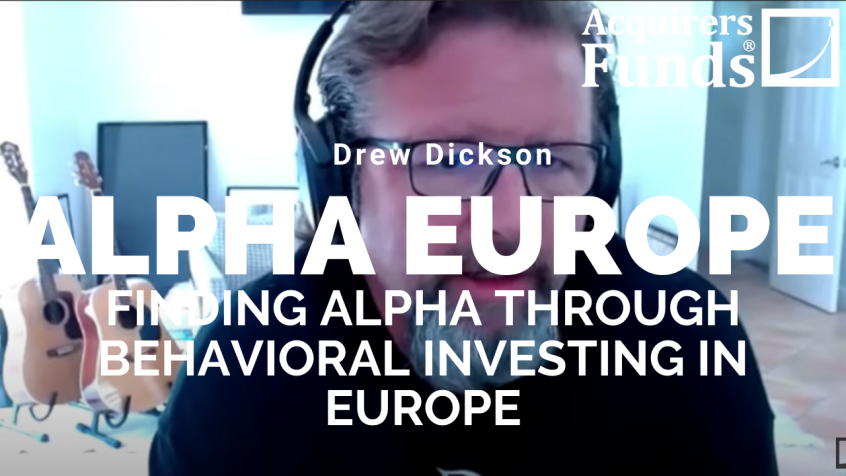 In his recent interview with Tobias, Drew Dickson of Albert Bridge. discussed The Math On $TSLA Doesn’t Add Up. Here’s an excerpt from the interview:

Mine is it would keep me away from owning something like Tesla, unfortunately, because I can’t get there, even in the most– Toyota and Volkswagen both were founded in 1937, and they’re just incredible global-scale businesses. They, after decades, have arrived to the point where they have 10% or 7% global market share and are extremely profitable. You can make all these fast forward assumptions about EV being 90% of every car that’s sold in 15 years and you can start to flex on what kind of margins these players will have in that.

You look at the capex that Toyota itself is spending, add up all the capex of all the auto companies and it’s over $100 billion dollars and Tesla will spend $4 billion. I think it’s going to be a rude awakening. You’ve heard these arguments before.

Let’s say that I’m wrong. Let’s say that Tesla does become a Toyota or a Volkswagen, let’s say they become twice the company that those two, but let’s say they have 20% market shares of all EV sold. They do net margins that are higher than what Tesla does today, because of the software add-ons and things like that. Even doing that, you can’t get to more than $350-$400 billion market cap, which means even in that incredibly, almost impossible scenario, you’re paying another $600 billion for whatever it is he’s going to do next. Yes, it’s been great for Cathie Wood and everyone else to have bought this thing and have it rip and build a business out of it but philosophically, I couldn’t do that.

Tobias: To what extent is this driven by the option speculation, which seems to be the tail that wags the dog a little bit where there’s some delta hedging going on by the folks on the other side of that trade?

Drew: Yeah. There is a lot of talk about the gamma squeeze and you get this– whenever someone’s out, buying a call option, the hedgers are going to have to go out and buy stock, the guys that sold them this stuff. Now, they’ve sold it at a very nice bid-offer spread. These guys aren’t going to be losing money when they do this. They go out and they build a hedge and stock goes higher, and if they got to buy a bit more the delta, it works back the other way. I think that might have driven some of the craziness. I think what drove it more crazy than it might have been warranted, is that everyone started talking about it. It wasn’t just the technicalities of a gamma squeeze. It was that everyone learned what a gamma squeeze was, and everyone’s like– people never heard the term, and they’re like, “That was a gamma squeeze.” Geez, what?”

Drew: It just became this wonderful, self-fulfilling feedback loop. I think the retail guys thought they were fighting the hedge funds when, in fact, it was probably hedge funds fighting hedge funds, and just playing the narratives. A lot of misdirection and talking about front running and coordination. It was just a speculative mania, which we’ve seen time and time again, and this time, it’s everyone’s talking to each other in real-time, and so you come up with these notions of politics or of screwing the man, and let’s get these hedge funds back for their bailout-ing their way, I’m thinking to myself, “Mate, hedge funds were bailed out in a way it was the banks and the hedge funds found out a lot of this stuff, and a lot of these egregious situations.”