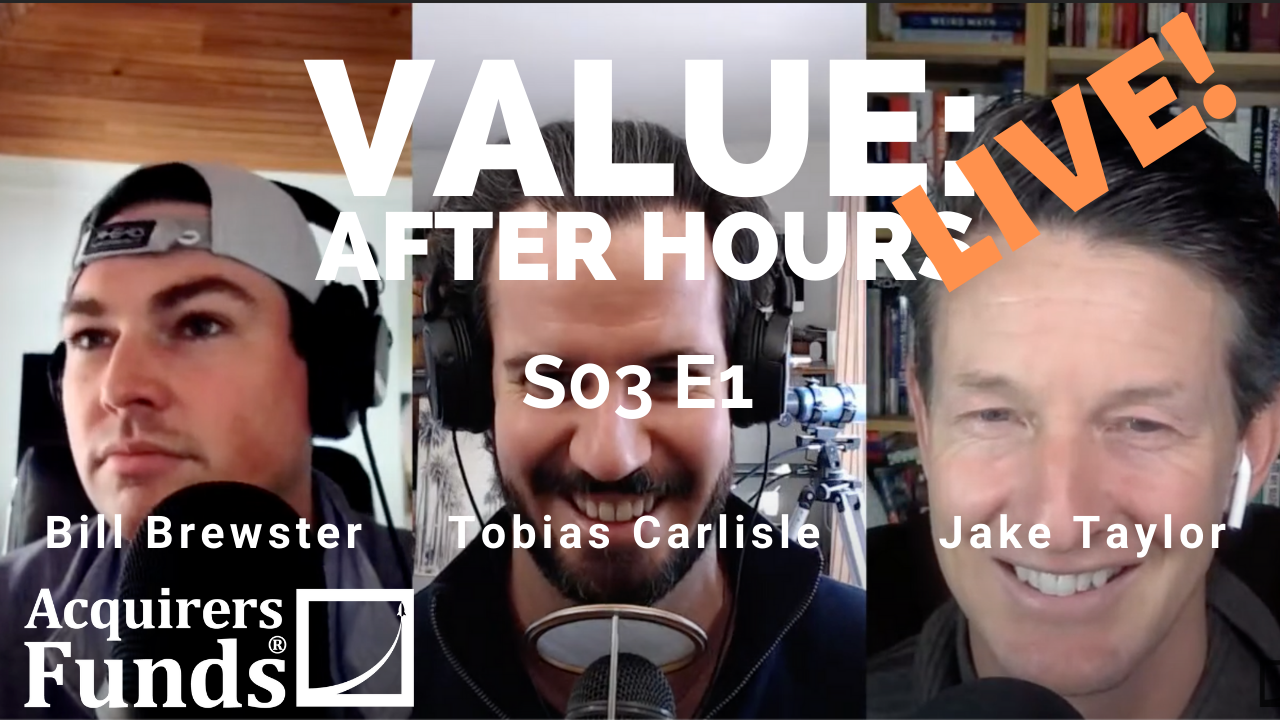 During their recent episode of the VALUE: After Hours Podcast, Taylor, Brewster, and Carlisle discussed The Challenger “O” Ring Disaster. Here’s an excerpt from the episode:

Jake: We’ll keep going with this, is that I was reading through his– he has a report on the Challenger disaster. He was part of a commission that was trying to untangle what went wrong there. Famously, at one of the hearings, he pulls out a little rubber O ring that was part of the problem and puts it into some ice water and then shows everyone how brittle it became. That was one of the key things why the booster blew up was because the temperature was outside of the normal range and this rocket exploded.

What’s interesting in his appendix to this report is that he’s talking about assessing base rates. He’s asking the management of NASA, what does he think that the odds of failure or success are of any individual given mission? They’re saying 1 in 100,000 would be a failure, like a total loss. Then, the engineers are saying 1 in a 100. He’s trying to figure out like, “Well, how would you get to 1 in 100,000?” Because that would imply that you could launch a shuttle every single day for 300 years and not have a disaster expected. Their actual historical base rate at that point was they had done around 2900 flights and 121 of them had failed. So, that’s like a 1 in 25 percentage. To go from 1 in 25 base rate to 1 in 100 for the engineers, to 1 in 100,000 for the management, he was pretty pessimistic on management and how they were basically fooling themselves or at least being blind to what the true base rates of failure were.

Tobias: Was that specific to the O ring?

Jake: No. This is just NASA– [crosstalk]

Tobias: Or, was that for the whole shuttle?

Jake: Yeah, that makes sense. To tie this back in with this podcast and what we like to talk about, as we’re assessing– and to tie it actually back to a WallStreetDropout’s thread that tagged us. The question is really, is it different this time when it comes to digitization and companies that have had a tremendous amount of acceleration of the future pulled forward through because of COVID dynamics? Is it different this time? Because sometimes it is different. To say, it’s never different, I think, is wrong but to say it’s always different is also wrong. How do we figure out what’s the actual base rate somewhere in between these two extremes that people tend to live in?

Tobias: Yeah, so the question is, what are we seeking to do? It’s not so much that we have this known flight path for the revenue earnings and so on and we’re trying to handicap that back to where we are today. We’ve had this step change, and now we have to try and figure out how do you then interpret what that means for the step change into the future? Do we assume that we’re going to have that gain every year or that the gain is stable, and going to keep on growing from that level or we’re at some point going to go back to the rate that we had before, which might mean that we have some stall period? This is not talking about prices, this is just talking about the underlying business economics, just so we–

Jake: Correct. Yeah. The other thing, too, is the sort of Brian Arthur’s observation from the late 90s about returns to scale for businesses, like network effects. The digitization, winner-take-all economics that may exist in a lot of these companies, is this a completely new game that we’re playing now because of that dynamic? Or, can we look and see other technological revolutions to get some kind of inference into a Bayesian update of our probabilities? So, that’s what I’m trying to capture here.

Tobias: I thought you’re going to tell me the answer, I was really excited for a moment there.