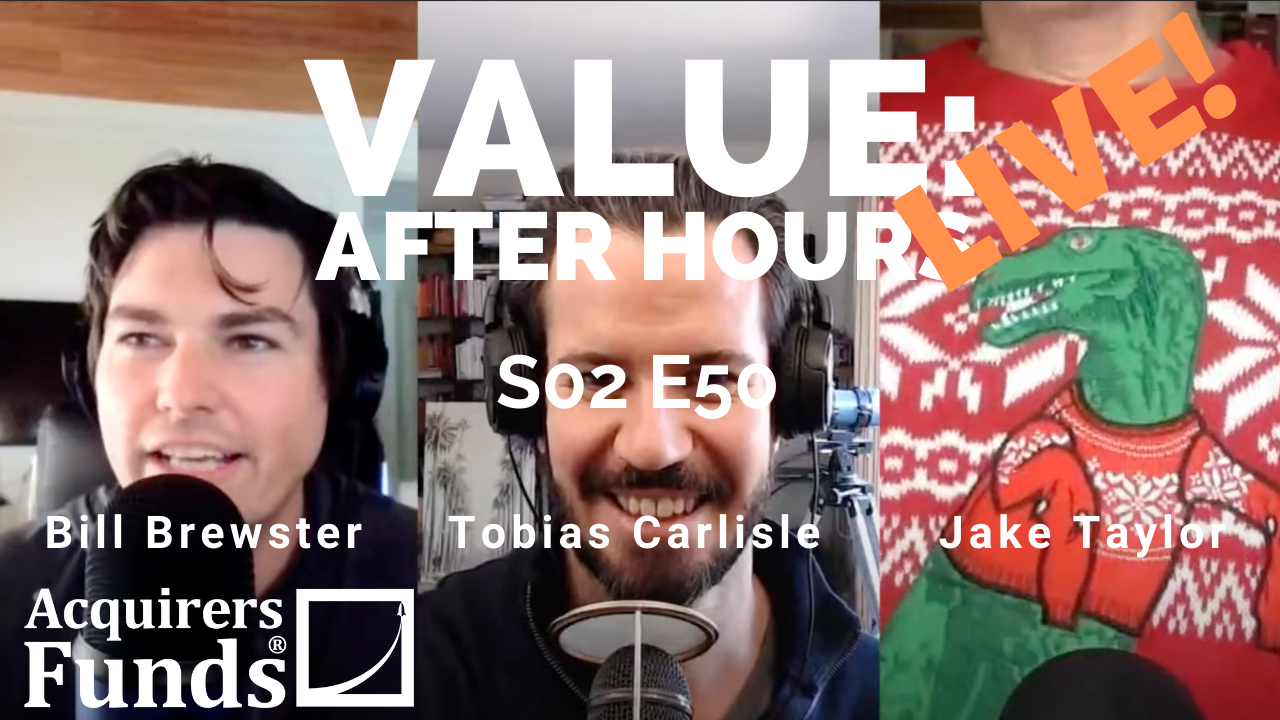 During their recent episode of the VALUE: After Hours Podcast, Taylor, Brewster, and Carlisle discussed Treasure Hunting. Here’s an excerpt from the episode:

Jake: Anyway, all right. Our story starts with a Silver Star Vietnam air combat veteran. Retires from the Air Force, moves to New Mexico and starts this art and artifact gallery. In 1988, he’s diagnosed with a terminal cancer and decides he’s going to go hide this treasure somewhere in the Rocky Mountains. This treasure box is full of gold and jewels and some rare artifacts, probably valued roughly $2 million worth of stuff in it. He wants to hide it somewhere in the Rockies and his intention is that that’s going to be his final resting place as well.

He writes a memoir, and inside the memoir are clues to where the treasure is going to be hidden. Thousands of people start searching for this thing. It turns out that maybe his cancer wasn’t as bad as they originally thought, because he ends up living until actually just a few months ago. This treasure hunt becomes like a phenomenon. There’s TV shows about it. There’s thousands of people. There’s message boards. It’s like a craze. Even five people died looking for it, falling or getting swept down rivers, things like that.

I actually had a friend who caught a bit of this treasure fever bug and he drove out to Colorado and looked for a couple days. He thought he had it solved maybe based on some Google Earth searches. Looks for it, obviously doesn’t find it. Then, him and I, and another friend, we’re planning a trip out to Colorado to go look. We’d already bought the airfare, had the rental car rented. We were going to go find the treasure. Then, my friend’s wife got pregnant and it overlapped with when the trip was, sort of late in the pregnancy and it seemed maybe that’s not a very good idea for him to be off treasure hunting while [chuckles] his wife due to give birth. So, we put it on hold.

On June 6 of this year, someone found the treasure finally after 20 years. It was actually in Wyoming. Colorado, our trip would have been a waste of time, but–

Tobias: The friends you make along the way.

Jake: When you’re treasure hunting, a lot of it is the friends you make along the way. The guy who did this, the original treasure hider was this guy named Forrest Fenn. His original intention was that he just wanted people to get outside and have some adventure. It wasn’t really about someone getting $2 million, or whatever it was. Who found this? The guy who found it actually tried to stay anonymous because he knew that everyone was going to hate him for finding it. I think he’s already embroiled in multiple lawsuits.

Jake: Well, Fenn had been sued multiple times already for this, had people try to break into his house to try to find clues. It’s a bit of a curse in itself. The guy who found this was this 32-year-old med student. His name is Jack Stuef, I think it’s how it said. A little background on him. He went to Georgetown for undergrad, and he was an editor in chief of the Lampoon magazine there. He actually worked at The Onion for a while, which is interesting. But then left, decided to grow up and went to med school. He first learned about it in early 2018, and after he learned about it and did just a little bit of digging, he became obsessed with it. He said he would spend multiple hours a day, just thinking about it every single day. He’s hiding his addiction from his friends and family.

Jake: Yeah, I know, right. My friend who also, when he went out into Colorado, he told me the story about how he said, he got like treasure fever, like he couldn’t– it was almost hard to concentrate on the road. He left his cell phone behind somewhere on a stop because he had this tunnel vision. I have to imagine that the dopamine in your brain is just going insane, with that excitement and what you might discover.

Anyway, a lot of people in their search for this treasure had used things. They thought maybe there’s GPS coordinates buried inside of the book and the poem that was the primary clue. People all had their own different, what they call solves. A solve, I’m taking all these clues and putting it together. So, it has its own term, which I thought was funny.

But this guy, Stuef’s method was actually he wanted to devour every single Fenn interview and read as much of the original content, the original source materials as he could, and really put himself into Fenn’s mind as much as he could.

He wanted to understand his personality and his motivations. He said that he became so obsessed with it that he spent 25 days over the course of two years in the area looking for it before he found it. He said, when he found it, it wasn’t even a sense of joy. It was more like a sense of like that he escaped something sinister himself. “I’ve got this monkey off of my back,” kind of a feeling, which is pretty amazing.

What’s interesting is that he hunted solo completely. He didn’t talk to anyone else about it. He stayed away from all the blogs and the TV shows that were about this. He wanted to avoid really groupthink of everyone else’s solves. He wanted to approach it from his own first principles, get inside of Fenn’s mind and see if he could then reverse engineer where it might be.

I think it’s a really interesting idea in the investment context when we’re out there searching for our treasures. Do you go looking for everyone else’s solve? Or, do you try to avoid the groupthink, do your own primary research? Even the idea of using empathy as a way of reducing your blind spots. If you’re putting yourself in management shoes and the incentives and how those align, that can remove the blind spots of why are they doing what they’re doing and what might they do next?