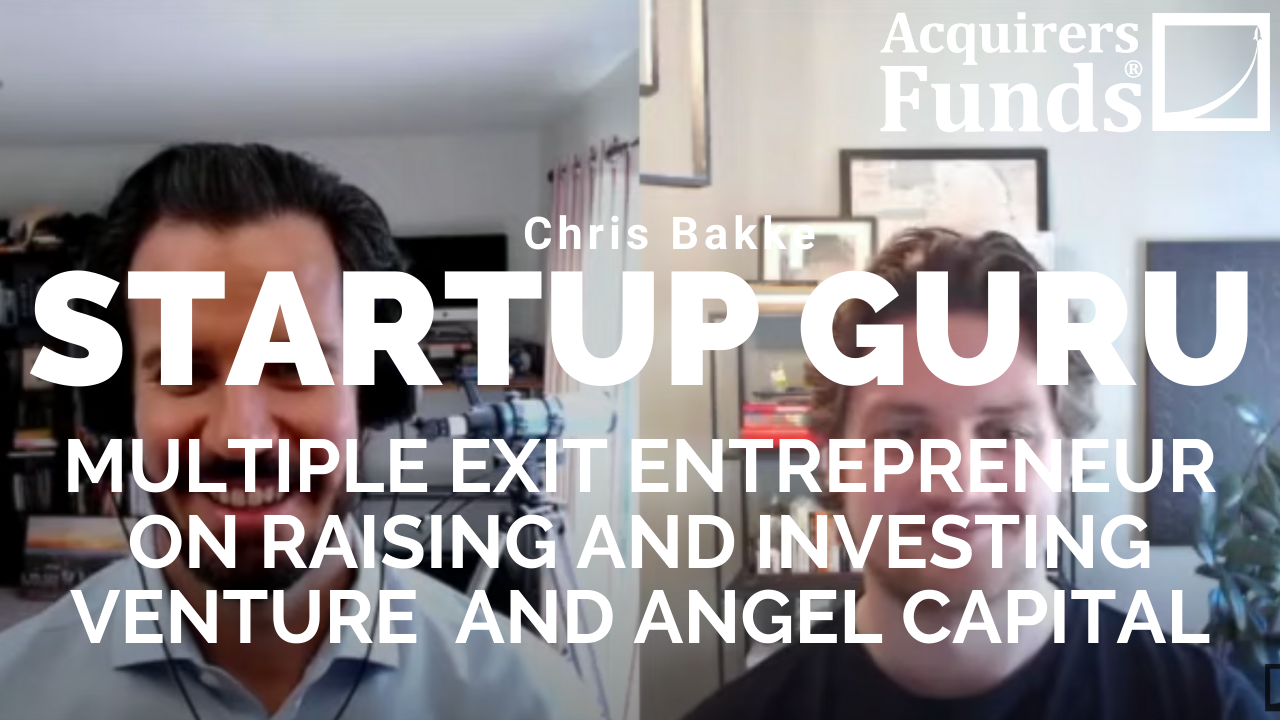 During his recent interview with Tobias, multi-startup founder Chris Bakke from Laskie discussed Value Hacking And The Pivot. Here’s an excerpt from the interview:

Tobias: I love the idea of the pivot. I’m not in the startup VC San Francisco world. So, it might be me describing Goodnight Moon to you, but I’m going to give you my impression of what happens. This is just me listening to other podcasts and trying to figure it out. But I’ve listened to this one way, so the value hacking period is like you’re going through and you’re trying to work out, how are we actually going to make money?

Or what is the problem that we’re actually going to solve? And I think that I find it, the most hilarious example of it is, a successful example of it, is Stewart Butterfield with Slack where they’re basically trying to build a game and they built this tool for coordinating all of their other sales– software engineers, and that tool that they’re building for the game eventually becomes the product of the company. Somewhat in the same way that Shopify did it. And they contacted Marc Andreessen. And they said, “Guess what? The game’s dead. We’ve got this tool–” Andreessen, I think there’s a pretty famous email or something where Andreessen is just like, “What are you going to do?” That’s why this business goes.

What’s your view on the value hacking and the pivot? I’d be terrified if a business that I was invested in just changed course all of a sudden, like midstream from a game to a tool like that.

Chris: Yeah, the answer is that everybody, I think, on Twitter and on podcasts, and maybe this makes me a bad guest because everybody has their thing and they’re really trying to sell you on it. So, you end up with these people who are extremely intelligent, like I said, on both sides where you have DHH, who’s building bootstrap software, and I think their company that now includes like, “Hey, the premium email tool and stuff.”

They’re doing, like $30 million a year with a relatively small team. And so, he does really well, like going around the world and saying, like, “You’re an idiot, if you raise VC. I make $30 million a year and I drive awesome cars, and I hire almost all great people, and we work 30 hours a week.” This very amazing lifestyle. And it’s like, “That’s awesome, dude.” Not many people can get there.

And then there’s other people where it’s like, this is super simple. All you have to do is just pick an idea and stick to it. And that’s how you build billion-dollar companies. Cool. There’s a couple of those built every year too. For everybody else in the middle, I think that the actual truth is, I think Slack is a great example.

Twitter was created out of this, basically ideation lab and it started, I think they’re doing a podcast app or something. And then they put this out there, and it became wildly successful. There’s no one path, I think is the answer. Palantir, another extreme example, spent their first six years working with one customer. So, very contrary to the advice of like, “Go out and just watch that line grow and see how fast you can get customers.” They spent six years embedded with single customer before they went out and they try to get their– [crosstalk]

Chris: CIA. Yeah. I don’t remember exactly, but how do you look at a business that is doing pure software consulting for the CIA over six years ago? Shit, right. This is a great venture bankable business. [crosstalk]

Chris: Right, exactly. To your question, the answer, I mean, I think really is, as an investor, the scary thing in VC is, you don’t know. A lot of it is luck. I think every narrative that I’ve personally experienced around VC is, there’s some violation to that narrative, like, somewhere in my own portfolio, and I look at– that’s a relatively small number of companies. As an LP, there’s probably exposure to hundreds and hundreds of companies, but as a direct investor, I’ve put money into somewhere in the range of 30 to 40 individual companies.

And you look at like, being a solo founder is a terrible idea. You should never invest in solid founders. One of my top companies is run by a solo founder. You should go out and do a lot of customer development first. One company was created literally overnight and became a huge success and had a big exit last year. It’s hard to ever know. And so that’s why so much of this business, too, I think like anything in investment is relationship-based. I always view it as play long term games with long term people.

If I invest in somebody who I really like, and I think that they’re super sharp, like of those 30, or 40, companies are there, I’ve only been serious about investing for three or four years into VC backed companies, but three or five of those companies have already sold, and I regularly– or I have already failed rather, and probably know that three or five have sold, and I treat all of those founders the same. And I think that they treat me the same.

The companies that failed, the founders go off, and they get jobs. And then they work in those jobs for three years. And I think that they improve, and they may meet people and they get ideas, and then they go off and do it the second or third time, maybe something works there.

And I think your example, too, with Slack is like, this is why I think classically, ideas can be overrated, they’re certainly not all overrated. They’re definitely good ideas and bad, but a lot of times something sounds like a good idea and you go and try it, and there’s nothing there. And so going back to the grit and the ability for a founder to go like, what is the last drop of juice we can squeeze out of this lemon before we give up?

It’s a very obvious quality to look for in founders, that’s why it’s important. There’s a ton of other people who would have been like, “Well, shit, my game sucks. Nobody wants it, time to move on and go get a job at Microsoft,” or something. And there’s nothing wrong with that, but I think if you find the right founders, you can like, just are great are highly efficient at using that last bit of capital in ways that you can throw that Hail Mary. There’s tons of stories and tons of cases where that’s turned out to be a great thing.