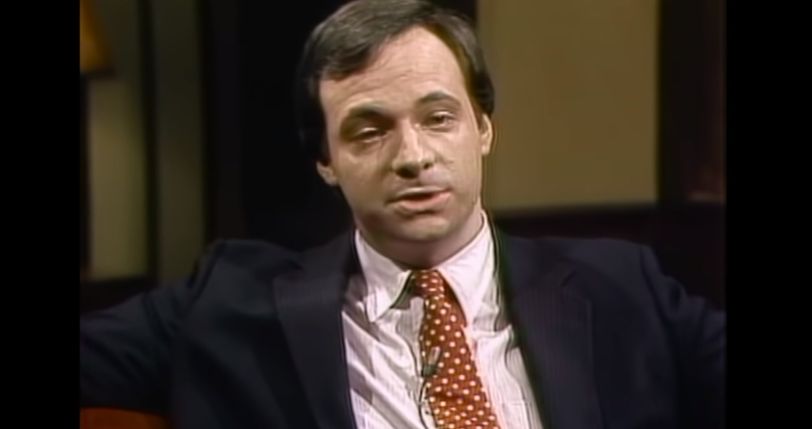 Here’s a great presentation from Ray Dalio’s TED Talk a couple of years ago in which he shows a short clip of himself speaking to Congress, and Wall Street Week about his call on the debt crisis in the early eighties.

Following the clip Dalio says, “I look at that now. I think. What an arrogant jerk! I was so arrogant, and I was so wrong!

Here’s an excerpt from the TED Talk (and the clip):

It was late 1970s, I was 34 years old, and I had calculated that American banks had lent much more money to emerging countries than those countries were going to be able to pay back and that we would have the greatest debt crisis since the Great Depression. And with it, an economic crisis and a big bear market in stocks. It was a controversial view at the time. People thought it was kind of a crazy point of view.

But in August 1982, Mexico defaulted on its debt, and a number of other countries followed. And we had the greatest debt crisis since the Great Depression. And because I had anticipated that, I was asked to testify to Congress and appear on “Wall Street Week,” which was the show of the time.

Just to give you a flavor of that, I’ve got a clip here, and you’ll see me in there.

I look at that now. I think. “What an arrogant jerk!” I was so arrogant, and I was so wrong. I mean, while the debt crisis happened, the stock market and the economy went up rather than going down, and I lost so much money for myself and for my clients that I had to shut down my operation pretty much, I had to let almost everybody go. And these were like extended family, I was heartbroken. And I had lost so much money that I had to borrow 4,000 dollars from my dad to help to pay my family bills.

Rather than thinking, “I’m right,” I started to ask myself, “How do I know I’m right?” I gained a humility that I needed in order to balance my audacity. I wanted to find the smartest people who would disagree with me to try to understand their perspective or to have them stress test my perspective.