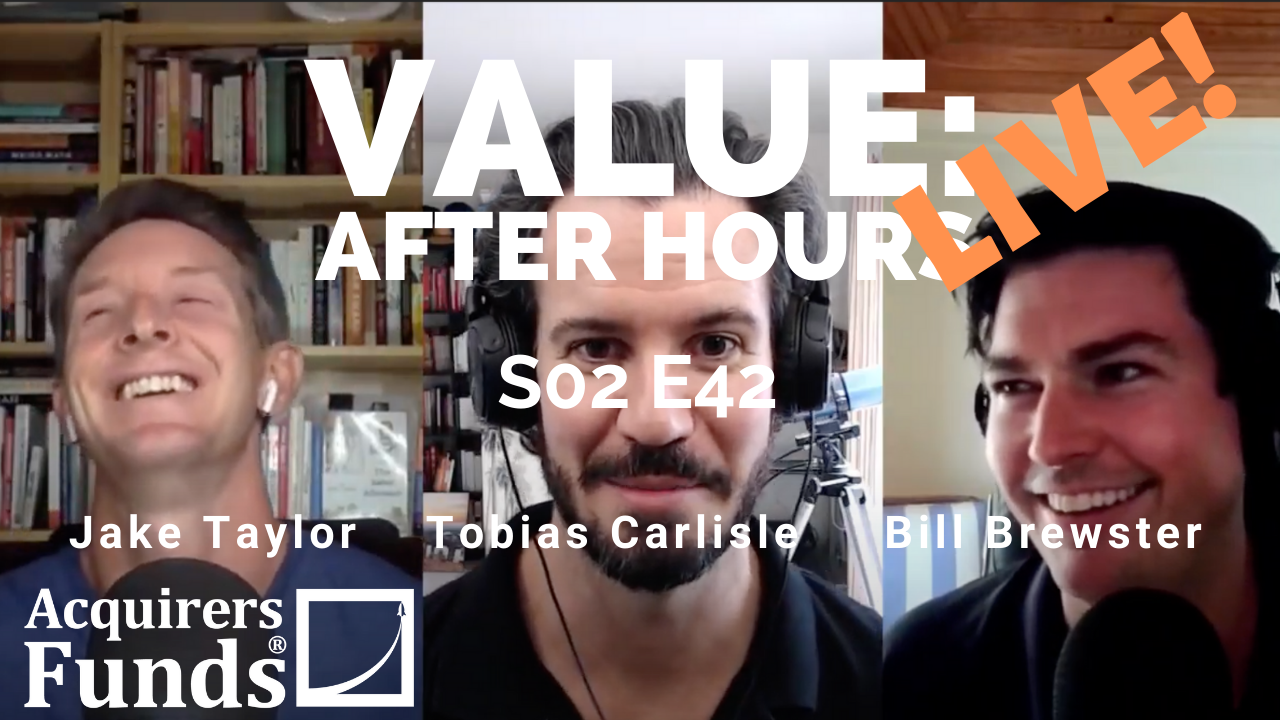 During their recent episode of the VALUE: After Hours Podcast, Taylor, Brewster, and Carlisle discussed Mauboussin And The Rise Of Intangibles. Here’s an excerpt from the episode:

Jake: All right. Well, Mauboussin has this white paper that came out, it’s probably a month ago now, I don’t know. I was a little slow to getting to it, finally. But it’s called One Job: Expectations and the Role of Intangible Investments. If you’ve read a few other books like Capitalism Without Capital and The End of Accounting, they talked about this, and how intangibles have changed really the accounting treatment. How accurate is accounting compared to reality? And so, these intangible investments are– [crosstalk]

Tobias: What’s the issue? You have to expense your IP rather than capitalizing it.

Tobias: And depreciating it over time. Okay.

Jake: Right. So, it ends up showing up in investment in intangibles, ends up showing up as an expense in your SG&A, and it doesn’t show up on your balance sheet then. So, what really the problem is, is it makes historical comparisons very difficult. And really, there’s sort of like five things that are impacted. So, earnings end up being understated when there’s heavy intangible investment because all of the expense is showing up in year one. Book value ends up being understated because it’s not being capitalized on the balance sheet. The invested capital then ends up being understated, which means that return on invested capital is overstated. The actual how you produce cash flow and returns looks like it’s on a smaller base. And then, the important thing too, is that that he free cash flow doesn’t end up changing. So, if this is really an accounting thing and therefore a lot of academic impact on– if you just go look at price to book or something. But it has made a pretty material impact. 1977, tangible investments were 1.7 times intangible. And then 40 years later, intangibles are 1.4 times as much as tangible. So, it’s definitely shifted quite a bit. It’s material.

So, the adjustment that they that some have made to try to clean this up a bit is to amortize R&D over a six-year period. So, we’re just going to straight-line depreciate R&D over six years rather than recognizing it upfront in SG&A. And then, taking some of the expenses that are involved there, especially in software with sales, marketing, general, and administrative and doing it over a two-year period instead of just one year. An accounting professor did a study of this, and by reclassifying some of these intangibles, it ended up actually shifting 40% to 60% of stocks from a value or glamour bucket. You do change the composition of what value or glamour would look like if you change some of these things.

Tobias: If you’re using price to book as your metric?

Jake: Yeah, but even P/E can be changed too if that’s what you’re using because earnings are clouded by too much expense being recognized in year one. So, they do a little theoretical example of Microsoft and walk through that. And it ends up being that NOPAT, which is net operating profit after taxes, ends up being bumped up by about 15%. And then, the invested capital ends up actually going up by 70%. So, return on invested capital drops then in Microsoft from 52% down to 33%. But by the way, 52%, on that big of a capital basis is frickin’ astounding, right?

Tobias: So, does that balance it out? Because you said that there’s a– you’ve got a gross up their earnings a little bit for the impact of R&D, SG&A, and then that’s about 15%? And so then instead of running that portion of compensation through the income statement, they just run it outside that and so that kind of balances it out, roughly, 15% comes.

Jake: I don’t know if that– that 15% that I cited earlier on NOPAT was just Microsoft specific. So, I’m not sure what the adjustment is across the entire tire bundle there. Another–

Tobias: Are you guys getting a phone call?

Bill: Oh, dude, you know what happened? I’m having technical difficulties. That’s why we switched, it came back, my audio–