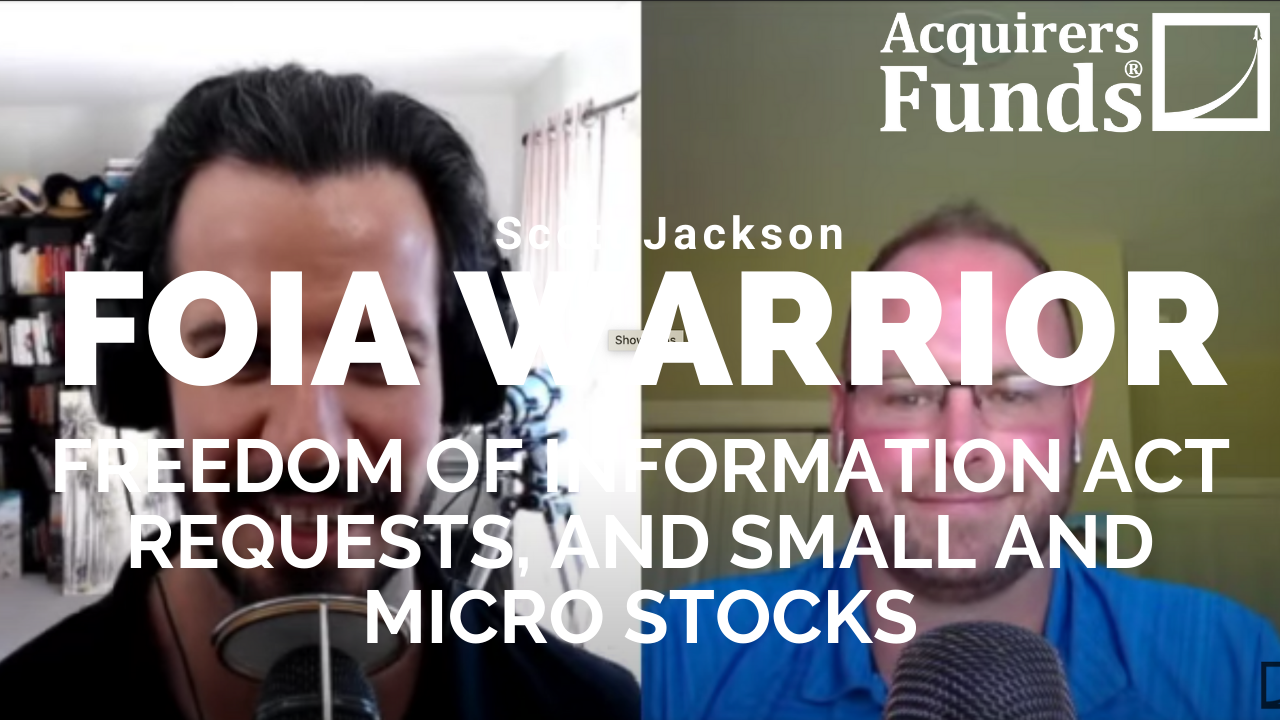 During his recent interview with Tobias, Scott Jackson, CIO at Ravenwood Capital Management discussed how he uses Mauboussin’s BAIT Strategy To Land Winners. Here’s an excerpt from the interview:

Scott: Yeah. BAIT, Michael Mauboussin gone over this in a bunch of different podcasts. I think he wrote a paper on it called Who is on the Other Side? But essentially, the sources of alpha come from inefficiencies in the market and they’ve been narrowed down to the BAIT framework, behavioral, informational, analytical, and technical. The behavioral aspect, we watch behavior from corporate insiders, that’s how we utilize the framework. And then, you have the behaviors from market participants, and typically we see it all the time where they over-extrapolate, pile in, and things go up, they think things are good, and they treat it like trees are going to grow to the moon, and they don’t. So, we exploit those inefficiencies.

So, it’s an informational inefficiency. Less people digging for the sell-side banks. A lot of the market caps are too small, where they get that three cents to trade or one cent to trade or whatever it is. Now, half the cent to trade. It doesn’t make economical sense for them to initiate coverage on a lot of these micro-cap names.

So, there’s just a lot less information floating around out there in the world, which you get divergence and value from price because people just can’t assign a value to it. They don’t because they just don’t have the information.

Tobias: The technical front, what are you looking for technically?

Scott: Yeah, technically, we’ve been watching ETF passive flow. So, I think everybody seen it, there’s a chart floating around out there where passive is supposed to outtake active here, I think, in 2021 or something like that. One of the things that we did, coming out of the bottom, we looked at ETF ownership and it sells off, they get pushed down pretty hard, and then money comes back into them. So, that wasn’t like a cornerstone to it, but it’s just a technical factor and then you have other opportunities arise caused by forced liquidations and delistings and things of that nature.

Tobias: Yeah, so that’s what creates the opportunity and then you buy into it in the hope that they get caught back into those indexes maybe?

Scott: Yeah, exactly. And they just come skyrocketing back. The analyticals, you take information and what do you do with it? How you analyze information differently? What’s your edge on that front? Like I was saying, we look at alt data, we pair that. It’s like a cross-sectional framework where we compare all these things and they confirm each other. Is there a catalyst? Like the insider buying says there’s a catalyst. One of the things that we really focus on is to identify red flags, whether it’s fraud, weakness in internal controls, changes in auditor statements. Just general language changes. We do a lot of the black line reports where it highlights changes in language throughout the Ks and Qs. 10-K, 10-Q.