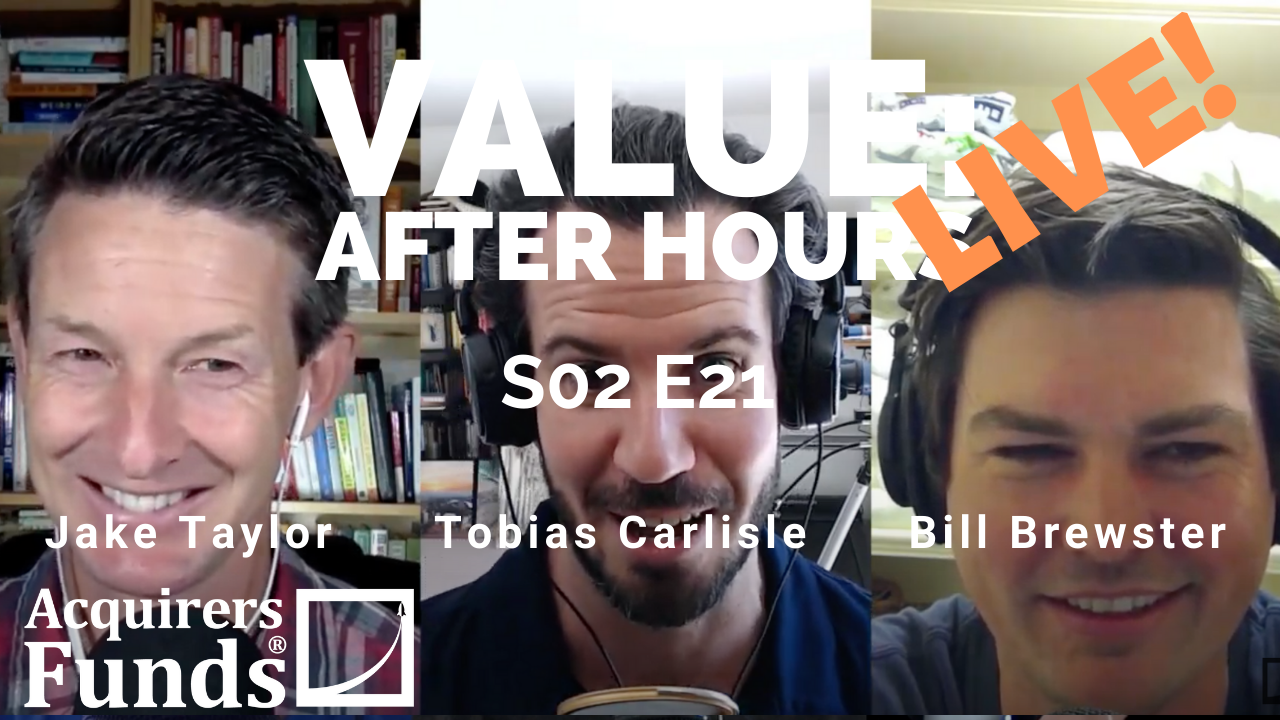 During their recent episode of the VALUE: After Hours Podcast, Taylor, Brewster, and Carlisle discussed The Positive Theory of Capital. Here’s an excerpt from the episode:

Jake Taylor:
All right, so the second thing to learn from this crazy [Winchester Mystery] house out in San Jose comes from this late 19th century economist whose name was Eugene Von-Bohm Bawerk. And he has this analogy that he calls the five sacks of grain. So picture a farmer, and he has five sacks of grain sitting in front of him. Now with the first sack, he is using it to survive, that’s creating the bread that allows him to live. With the second sack, that’s him thriving. He’s feeling good, it goes from just survival to full health. The third one is he’s feeding his farm animals with it. The fourth one is he’s making whiskey out of it. And then the fifth one is he’s feeding pigeons.

Jake Taylor:
Man, that might actually be accurate. So I think what the lesson here is that this house that was built in San Jose, at one point the value of it was determined by what this woman … it was chasing ghosts away, right? And that was a certain value that was created by it. Then it gets auctioned off and now there’s this whole different use of it, which would be as a tourist attraction, right? Maybe at some point they build something else in there and that’s a different grain of sack that you could use it for. So the value of anything is determined based on what do we as humans get out of it? What is the means that are accomplished by it? So, one of the things you can think about in your investing is, if I had to stop doing whatever this set of assets … what was the next best thing that I could do with this set of assets?

Jake Taylor:
That would be the default … the world changes, what is the new value of what these assets might trade for? Now, I think in Benjamin Graham’s time, that was an easier thing to come up with. And I think that the values were more sturdy, there were more sacks of grain there. Today, when it’s a lot of it is like IP, and even just code, that second grain, or that second sack is pretty much empty, right? If that code can’t be used for the exact purpose that it’s being used for today, it’s pretty much worthless.

Jake Taylor:
So perhaps it’s the … disruptions in the world are much more severe now, because the assets are … they decay from full value to zero, because they’re so specialized. Whereas before it was like, Graham could go and look and see like, oh, man, there’s a bunch of track here. Well, we can take that rail track up and move it somewhere else where it needs to be and the molecules didn’t disappear. It still has value somewhere else in the economy. And I think that we’ve gotten so specialized now that that is not really as true as it used to be. So you would expect more booms and busts in your asset values potentially as the world changes around them.

Tobias Carlisle:
Yeah, I need to think about that a little bit. Because I would say it’s not necessarily … we have a lot more know-how than we used to. And I use know-how as a substitute for intellectual property, which is like, everybody thinks that means brands or patents or design or copyright or something like that. Know-how it’s just like, we know how to do stuff. There are lots of businesses that are very specialized and good at doing things. A friend of mine has this thing in Australia, they measure the hardness of rocks in a mine. That’s a great business. They make a lot of money doing that. They’ve got some specialized know-how from a university and they do this thing better than anybody else in the world, make a lot of money doing it. But how do you measure that? What’s the alternative use of that? I don’t really know. It’s used in mining obviously, because you want to know what kind of machine you need to bust up the rocks to feed whatever you’re feeding into the machine. Like do you need a really expensive one? Can you get away with a cheaper one?