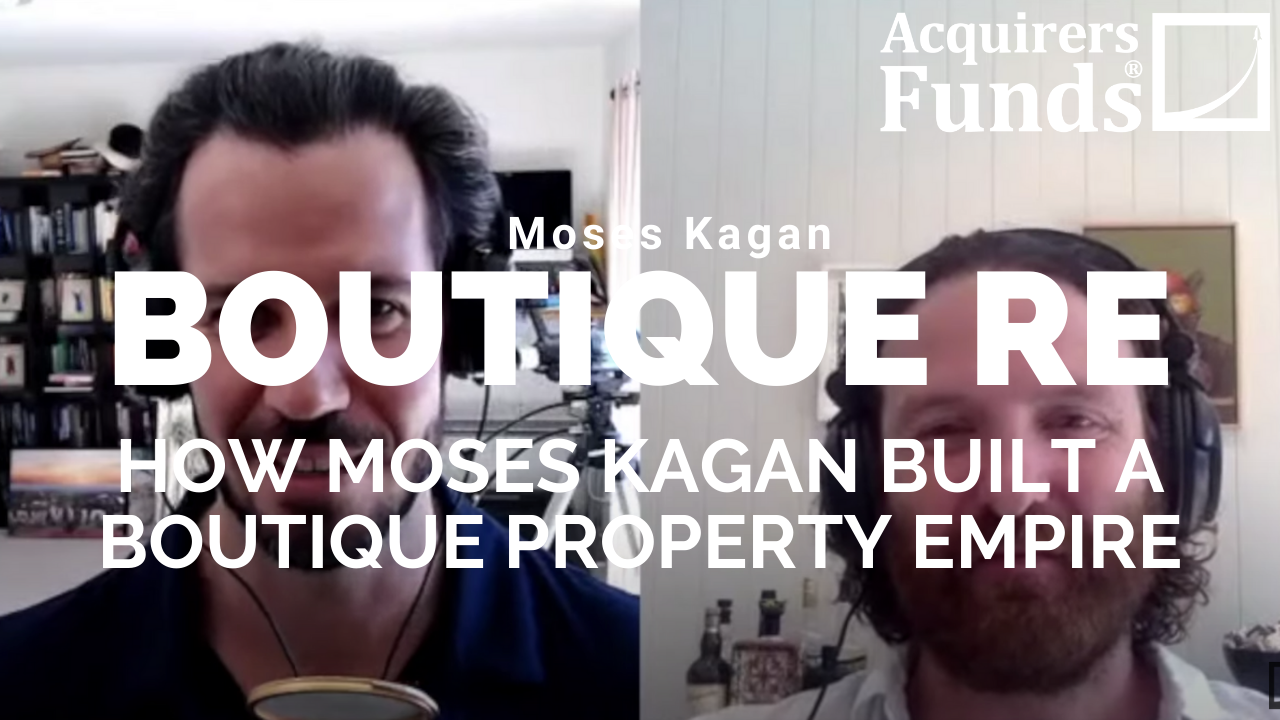 During his recent interview with Tobias, Moses Kagan, Co-Founder & Partner at Adaptive Realty discussed Investing In Real Estate Like A Smart Family Would Own Real Estate. Here’s an excerpt from the interview:

Moses Kagan:
Adaptive is a real estate private equity firm. A tiny one in the grand scheme of things. Our business is that we buy, renovate and manage, apartment buildings in Los Angeles. The kind of assets that we target are what I would call sub institutional scale, which means, typically kind of under 10 million total capitalization between buying and renovating the buildings. And, a number of things probably set us apart from other real estate, private equity shops. But I think the most important one, and maybe the reason that we’re talking today is that we are effectively permanent holders of real estate. So, we can get more into what that means. But basically we’re not flipping stuff. We’re buying, fixing it up and refinancing it and just holding it, definitely.

Tobias Carlisle:
So how do you achieve that? How do you become a permanent holder?

Moses Kagan:
Well, I mean, and I guess there’s a couple of parts to that question. One is like, how do you arrive at that strategy sort of philosophically? And then the other part of it is how do you convince other people to come along with you? Maybe, let’s unpack it and start with the philosophical part first-

Moses Kagan:
… and then go, [inaudible 00:02:31]. Okay. So, I guess maybe the first thing to say is that the state… Let’s kind of describe what a standard real estate private equity firm does that, you raise money. If you’re big, you raise money from pension funds and endowments and everything. You buy some real estate, go about Fort Lauderdale home search, you spend a couple of years adding value to it, fixing it up, raising the rents, and then you sell it as quickly as you can. Because what you’re trying to do in that scenario is maximizing IRR and the way you maximize IRR is, you use as much debt as you possibly can, and you flip the thing as quickly as you can.

Moses Kagan:
And it works out really well for the sponsor, the guy who’s putting the deal together because, of course he or she gets to crystallize their promoted interest, the 30%, 25%, 20%, whatever it is that the promoter is getting for putting the deal together. He gets that as soon as he sells the asset. So that’s the thought process and the incentive structure that normal real estate, private equity firms operate under. So what’s the problem with that? Why are we inclined to do things differently than others?

Moses Kagan:
I think the answer to that is, first of all, we want to look at the investor base and when you’re Blackstone and you’re raising from a bunch of pension funds and endowments, who don’t pay taxes. Maximizing pretax IRR, is obviously the smart thing to do. There’s no question, right? But if you’re raising money from taxpayers, like high net worth and family offices, tax is really important. And it takes a huge whack out of your profits. So that’s the first thing to say. Another thing to say is like, I’m a big believer in the illiquidity premium. I mean the concept makes sense to me that you ought to be rewarded by the market for buying assets that you can’t quickly liquidate. So real estate is like a perfect example of an illiquid asset, right? You can’t trade in and out of it easily.

Moses Kagan:
In fact, you incur transaction costs. Like in Los Angeles, I probably would underwrite like a seven to 8% on a transaction cost whack, every time you sell something. So if you’re going in and out of things, you’re basically, you should be getting your own liquidity premium, but you’re paying this transfer tax effectively. I mean it’s literally attacked, but also all kinds of other brokerage costs and escrow title, and all these other costs associated with going in and out. And so that has the effect of sort of counteracting the illiquidity premium that you should be getting. Okay? So there’s the tax consequences, then there’s the consequences of the transaction cost. So, philosophically, looking at that, I look at that and I say, “Well wait a second, I mean, if you own asset assets in a really good market,” I mean, what I’m about to say I don’t think applies to some tertiary market somewhere.

Moses Kagan:
I’m not going to pick on anyone, but where there’s not a lot of population, or job growth. So what I’m saying now is specifically for really good markets that have big, diverse economies with lots of people, and lots of action.

Tobias Carlisle:
Is that LA or is that cities within LA, or how do you think about that?

Moses Kagan:
I mean, it’s certainly for LA, I would say the entire LA Metro probably fits into this description, but so does San Francisco. So does New York. I mean, obviously, in the midst of this pandemic that we’re in, that’s some of the effect that I’m talking about, kind of slows down a little bit, but as we’ll see a little later in the conversation, even in the midst of this, rents and leasing and everything are holding up incredibly well, because people fundamentally want to be where opportunity is.

Moses Kagan:
And LA is one of the places where there’s a lot of opportunity. So if you own a high quality asset, in an area where there is a lot of economic dynamism, your rent and particularly if there’s supply constraints, because it’s hard to build there. Your rents and therefore values are going to tend to grow at a rate that exceeds inflation. Okay? And it’s really important that you think about it in real terms and not nominal terms. Because you can see rent growth in lots of markets, but obviously if it’s trailing inflation or whatever, it’s not real growth. If you’re in a market like that, why are you selling? What families do when they own really good assets in a market like that, is they hold onto it and over time they refinance, and they pull capital out, and maybe they redeploy, they buy something else, but they don’t sell.

Moses Kagan:
And so philosophically when we were sort of starting adaptive and thinking about what we wanted to offer prospective partners. The thought process was very much like, look, we want to create a firm that allows limited partners to own real estate with us, the way that a smart family would own real estate. And that was the Genesis of the kind of the philosophy of the permit hold.