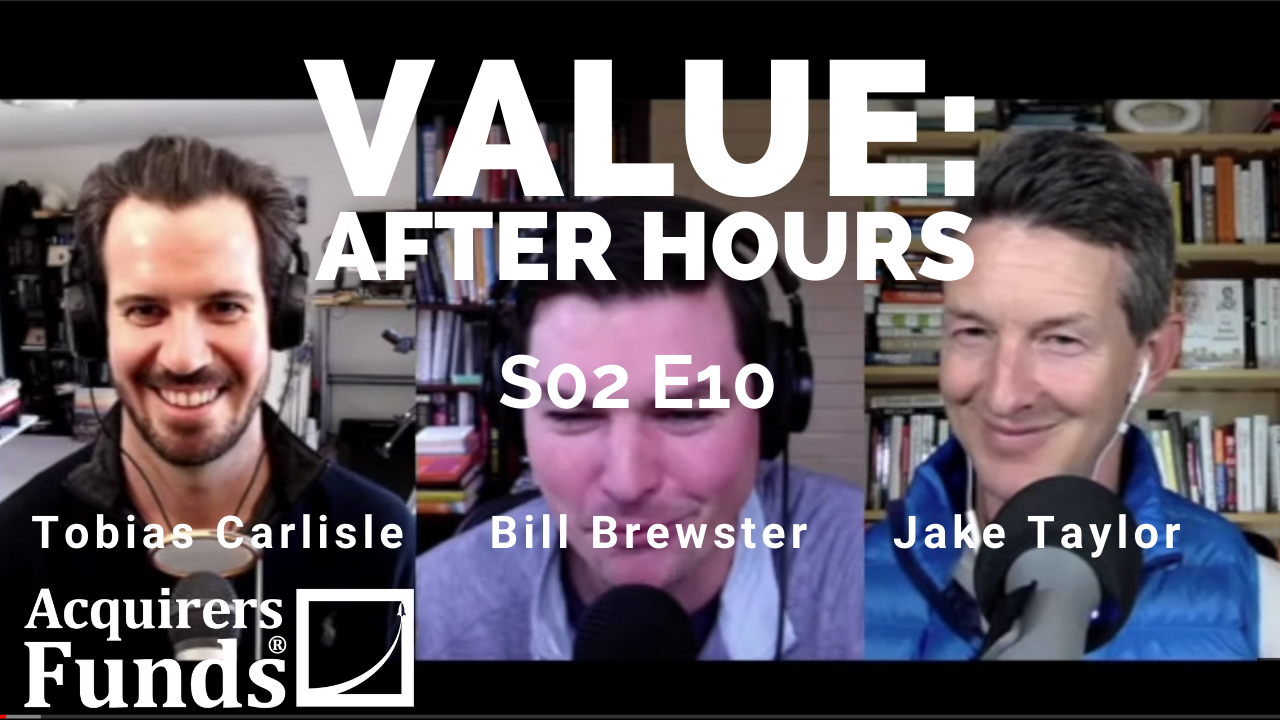 In this episode of the VALUE: After Hours Podcast, Taylor, Brewster, and Carlisle discuss Using Ben Franklin’s ‘Prudential Algebra Rule’ To Make Better Investment Decisions. Here’s an excerpt from the episode:

Jake Taylor:
My topic was, in your investment process, it’s very easy to keep digging and digging and digging into a company and you’re adding data points. And a lot of times, I’m not sure if you’re always adding actual relevant information. And so one of the things that you can do then is to take a page out of Benjamin Franklin’s book, which he called Prudential Algebra. And what he did was he’d basically make a pro and con list and then he would assign weights to the pros and cons so that it wasn’t just the sheer amount of data that are entries that you put in, but you had to assign some kind of a weight to them. They do this in advertising too, where like, they’ll put up a really long list of features. Most of them may not even be relevant to you, but the more features that you even just see, the more good things that you associate with whatever that is.

Jake Taylor:
And so our brains are wired to take the number of entries often and not necessarily the weight. Sometimes I think we give ourselves a false confidence by the amount of research that we do and we add to our confidence at a faster clip than we add to our understanding. Another way to do that actually is, and this is taking a page out of computer science, it’s called Regularization. And what happens if you have a model and in this case it’s really your mental models, and you have a model that is like perfectly explains the previous data. It’s called Overfitting. You can end up with it explaining perfectly in the back, but then nothing going forward because it’s too fine-tuned for the past data.

Jake Taylor:
Well, one way of of regularizing that is to, you just take like your top five most salient pros and cons and look at those and weigh those against each other rather than trying to have, I’ve got a list of a thousand things I like about it and 200 that I don’t. Well, maybe there’s a couple in that 200 that are actual deal-breakers, but because the numbers don’t match up our brains are not really wired to handle that very well. That’s a little thing that I’ve been working on adding to my investment process to try to control some of the biases that I know exist.

Tobias Carlisle:
Yeah, I like that. There’s two papers on it. One looks at college students handicapping college football and another one, same theme professional horse race, handicappers handicapping horse races and they give them, say there’s 50 data points. They divide them into 10 groups of five data points and they give each of the college students or the handicappers all of the information eventually, but they get some information. First, you randomized which group of five data points you get. By the end of it, everybody gets the same. But at the start you get wildly different amounts. And what they find is that people anchor onto their first decision. The first five data points become the most important data points that you get. And then you include or discard each data point that you receive after that based on the initial assessment that you make.

Tobias Carlisle:
You have to be very careful with that initial assessment. I think a better way of doing it is either decide on which data points are important to you and then only look at those or make your decision and then start hunting for disconfirming evidence. And so you’re only now looking for things that prove the thesis wrong. But I liked that Benjamin Franklin approach. That’s the same kind of way of dealing with the issue. That’s smart.