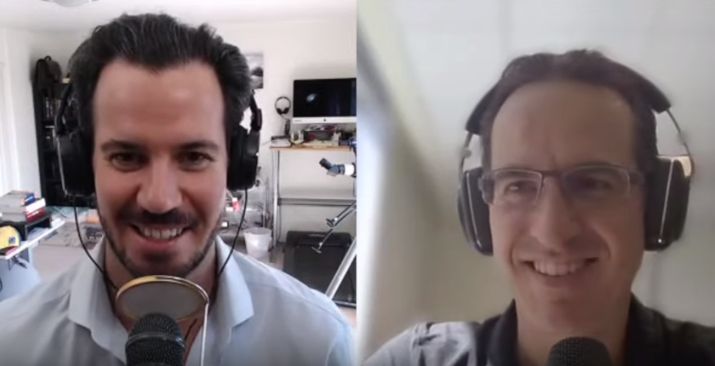 During his recent interview with Tobias, Marcelo Lima, managing member of Heller House, discusses the email that Jeff Raikes sent to Warren Buffett, advising him to invest in Microsoft when it was less than $20, which he declined. Here’s an excerpt from the interview:

Tobias Carlisle: How would you characterize something like Microsoft which existed pre-internet and sold an operating system that locked you in, and they sold that on floppy disks that were virtually costless to them. They had some distribution and they had some minimal costs of producing them. But as any business school student will tell you that the first disk that comes out costs, whatever, $1 million, and then every disc that comes out after that costs 30 cents or something like that. And they were selling them for hundreds of dollars.

Marcelo Lima: Yes, that’s a great point, right? And so that was software as a service pre-internet, if you will.

Marcelo Lima: And it’s funny that you bring this up in the context of our conversation about Buffett because there’s this famous email that I’m a big fan of. I think it’s just fascinating. Jeff Raikes, an executive at Microsoft, he also read the Lowenstein biography. This is back in the late ‘90s. And he wrote Buffett an email and said, “Hey, Mr Buffett, I just read your biography and this is how Microsoft is similar to See’s Candies. This is how we’re similar to Nebraska furniture.”

Marcelo Lima: Marty’s making all of the analogies that Buffett would understand and he says, “I know you like Coke and Coca-Cola, but we’re this money printing machine. We have all these PCs that have a Microsoft license just coming out of the factory.” And he says, “Look, I’ll concede that as far as the long term moat, it’s a little bit cloudier, right? It’s hard to tell whether Microsoft will have such a strong moat 10, 20 years from now as Coke will.”

Marcelo Lima: And Buffett replies to the email and says, “Look, you guessed, that’s exactly how I feel as well as far as the moat. I can predict Coke a lot better than I can predict Microsoft.” And what I find very interesting is that right around that time, this is late ‘90s, the volumes for carbonated soft drinks were really starting to fall in the United States and around the world. Consumer tastes were changing dramatically. Coca-Cola-

Tobias Carlisle: What were they shifting to?

Marcelo Lima: I think there was this explosion of drink-

Marcelo Lima: Yes, not only that, it’s funny, I think it was… I forgot his name. It’s escaping me now, but the founder of Boston Beer. He was talking recently on a call and he said, “Look, when I was a kid, you had water and Coke, and that was it. Now you have Kombucha and ice tea, and Starbucks,” so there’s huge variety of drinks that you could go out and purchase. And so the only thing that we knew is that carbonated soft drinks volumes were going down and customers were really seeking alternatives, whether it was water or LaCroix, or coffee, or who knows what else.

Marcelo Lima: And so that traditional advantage that Coca-Cola had was becoming less and less relevant. And it was fascinating because Coca-Cola, the company was, in 2000, was trading at something like 40 times earnings and which is a very high multiple given the subsequent very low growth that it had experienced. Microsoft was also trading at a very high multiple. And that stock underperformed for a very long period of time after 2000. But it turns out now with the benefit of hindsight 20 years later that Microsoft was indeed a much more prosperous business than either Jeff Raikes from Microsoft or Buffett believed.

Marcelo Lima: Because perhaps there weren’t very high margin software. They were able to take cash flows and invest in adjacent businesses like gaming and Search, and they’re not huge in Search, but they do have I think 7 billion in revenue from Bing, which is kind of unbelievable. Gaming is a big business for them all their entire office suite. Microsoft Azure of course, is growing dramatically now their cloud offering. And so it turned out to be a much better bet than Buffett believed. And I find that fascinating.

Marcelo Lima: Yes, to answer your question, the internet accelerated that process of delivering software at very low marginal costs, whereas the marginal cost was a floppy disk back then, all of a sudden it was just the cost of transmitting the bits over the internet.