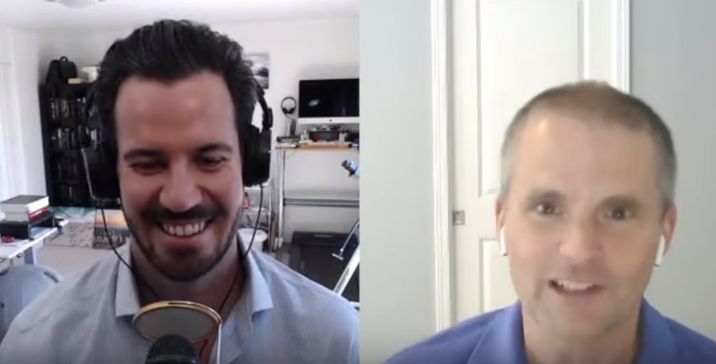 During his recent interview with Tobias, Jack Forehand, Partner at Validea Capital Management, discusses how to recreate a Buffett style portfolio. Here’s an excerpt from the interview:

Tobias Carlisle: Thanks so much for joining me here today. You’re a partner at Validea. Can you just tell me a little bit about what Validea is?

Jack Forehand: Sure. Validea is… our goal of Validea is to follow strategies that beat the market over time, quantitative strategies. And so what we do is we try to find books, academic papers, anything that has a longterm record of beating the market, and we try to quantify it, program the models and then allow our subscribers to follow them. Our models fall into pretty much two different camps. One is people who have actually beat the market over time. People like Warren Buffet, Ben Graham, Peter Lynch, all those people who have either written a book themselves or had a book written about them, in the case of Buffett, that outlined a strategy that at least had enough quantitative elements that we could capture it.

Jack Forehand: The other part of what we do is the academic work. So if an academic has studied value or momentum or something over a long period of time, they’ve developed a strategy that we think was well tested and it has a longterm track record of beating the market, we’ll program those as well. So we have the practitioner side of it, and then we have the academic side of it. And it all, we have about 45 models we follow right now.

Tobias Carlisle: When you’re looking at someone’s say like Buffet. So Buffet hasn’t written a book but he’s written pretty extensively in letters, and then there are these quantitative analysis of him. There’s Joel Greenblatt, who I often talk about his magic formula, which has the two parts to it, but then there’s also AQR has that study where they looked at the factor influences and so they say, “Oh, he’s livid 1.7 times by virtue of the float, and he tracks the quality factor.” How do you guys go about recreating what Buffett’s doing?

Jack Forehand: Well, in our case we use the book Buffetology, which was written by Mary Buffet, his ex daughter-in-law, and inside there, there actually was a pretty step by step guide to how Buffet might look at a stock. And so it’s important to note though, we’re not trying to mirror what Buffet holds. What we’re saying is that that quantitative strategy on its own stands alone very well. It performs very well, but we’re not trying to look at Buffett’s portfolio and say, “Well, our strategy is not working if we’re not owning the same stuff Buffet’s owning.” We’re just trying to say, “If you follow that strategy in a disciplined emotion freeway, you can do well.” And that strategy has things like 10 years of consistent earnings growth, 10 years of high ROE, 10 years of high return on capital. So it ends up being, if you take a step back and look at it from a factor perspective, it ends up being a quality type strategy. It has an element of value in it, but it tends to track quality pretty well.

Tobias Carlisle: And how has that done over the last decade because it’s been a pretty rough run for value?

Jack Forehand: It has. It’s done a lot better than our value strategies just because of the quality element I was talking about. I know you looked at… at one point in your book, you looked at Greenblatt’s strategy and said, “If you carve the quality out of there, you get a better return.” And we’ve seen a similar thing, but in the past decade, that has not been true. In the past decade, anything to get away from deep value has been a really good thing. And so Buffet gets away from deep value with the quality element, whereas stuff like based on Graham and people like that has done much more poorly just because it is tracking more of a deep value type approach.