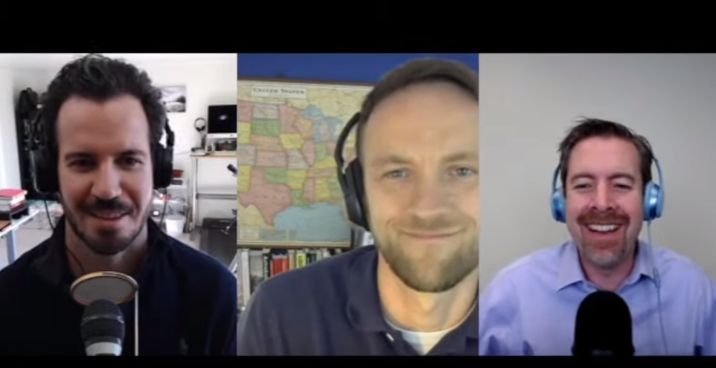 During their recent interview with Tobias, Sean Stannard-Stockton and Todd Wenning of Ensemble Capital discuss why the Ferrari brand makes it the ultimate idiosyncratic business. Here’s an excerpt from the interview:

Tobias Carlisle: The second position that you have listed is Ferrari. So Todd, do you want to take Ferrari?

Todd Wenning: Sure, I think we talked about for earlier being an idiosyncratic business being both luxury and auto. And we have just a tremendous amount of respect for the Ferrari brand. Arif actually went to Italy for their unveiling of the one their latest cars and got the test drive it and Italy and I got to start following Ferrari instead of Arif. Great trips but yeah, the great insight that we learned from our trip to Ferrari was that it’s basically like joining a billionaire’s club, right?

The people at those events that were hand selected by Ferrari to come out, have just a massive amount of money and the disposable income. And to be in the same room as those people, think about the connections in those rooms. And so there’s a strong cult like following for Ferrari, and it’s among the elite, the entry level Ferrari something like $250,000 or something and the new ones were are a million dollars $2 million, and there’s pre sold before they’re even told the price.

Todd Wenning: So that’s not money that most people have to spend on a car and so really Ferrari is just, it’s the passion for racing at the passion for cars. And it kind of connects you to this network of highly connected like minded people.

Tobias Carlisle: So it’s a network? Just where’s the value? Ferrari looks like a middle bender to me, but there’s something more to it than that?

Todd Wenning: Yeah, I think it’s a luxury, right? It’s an identity. If you are able to drive around a Ferrari, it’s telling people around you something, right that this person loves racing, they love craftsmanship, they see it as an art. It’s, a very valuable piece of machinery. And in terms of the network, it’s really about if you are an exclusive person to be invited to these events you’re rubbing elbows with billionaires from Europe and Asia and all over the world. And so it can actually improve your own outcomes and your own net worth by connecting with great people that can put you in touch with other great people. And so it’s really buying into this club.

Sean Stannard-Stockton: And Toby, we’d have zero interest in car companies. And not because they sell cars, but because they have really weak profit margins. Because if you sell a Honda Accord, and you raise the price by $1,000, well, you’re selling $1,000 more than the comparable Toyota. And a lot of buyers will say like, why would I pay an extra thousand dollars for the Honda?

It’s basically the exact same car, which it is. And because it’s a functional transportation device. It’s just about how much do I pay to get around. Right? Now, Americans in particular, care about what they get around in. Right? And so luxury cars have generated solid returns. But Toyota is in a whole nother universe. So lots of car companies might have single digit profit margins and Ferraris and the high 20s on the way into the high 30s. Right? So they actually talked about their peer group as the other luxury brands.

Sean Stannard-Stockton: And there’s an 18 month wait list to even buy a Ferrari. So If you’re a billionaire, you can’t stroll into a Ferrari and store and say I’d like to buy one. They’re like, I’m sorry, you have to go to the back of the line, right? And when you get to the front of the line, you can only buy the entry level car, you are not allowed to buy their more expensive cars. And if you get to the front of the line, and let’s say it’s a recession, and you say it’s just really not a good time for me to buy a Ferrari. So I’m going to wait till another time.

Sean Stannard-Stockton: This is the sort of stuff we’re looking for. You’d say like the ultimate discretionary purchase, right? But this wait list means that there’s 18 months of people who are willing to buy the car if you don’t buy the car. So Todd mentioned that elude this the idea that people buy cars, not knowing how much they cost. So when Eric was in Italy, they were launching a new supercar that they told only the people they invited to buy it. They talked about it as a gift to their customers, right?

They were only making 500 of them. And they told their customers that they invited to the event that it would cost between two and $3 million. That’s all they said. And they sold out on that basis. So imagine not knowing how much anything’s going to cost, let alone a range of 50% upside from the two to 3 million and they sold out. I mean, this is a not a car company, right?

Sean Stannard-Stockton: And when people say, not a car company, you can apply that sometimes people say that like a narrative way, like, I don’t think of it like that. So therefore it deserves different evaluation. What we’re talking about is entirely different economics and cash generation to shareholders than your average car company. And that’s what’s worth more, not just that it’s Ferrari, and it’s special.

Tobias Carlisle: Yeah, that’s fascinating. That’s very interesting. I’ll have to tell my wife that there’s a business reason for buying a Ferrari so we can get to these events.