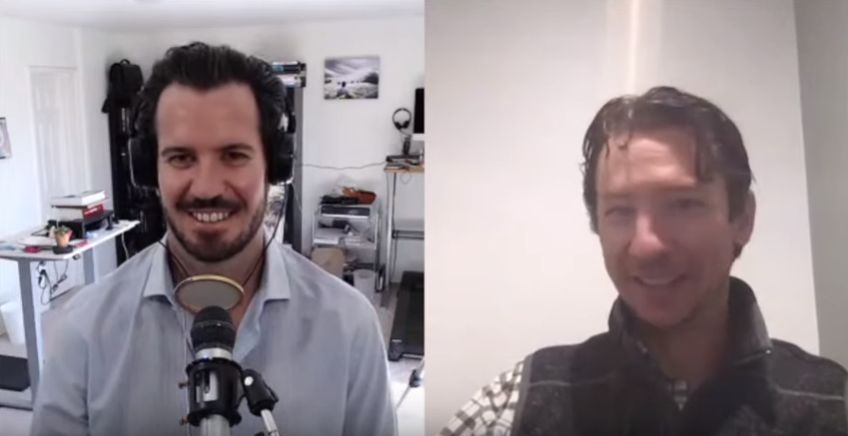 During his recent interview with Tobias, Benn Eifert, CIO at QVR Advisors, discusses options trading strategies and how investors can generate additional alpha using call over-writing programs. Here’s an excerpt from the interview:

Tobias Carlisle: I don’t mind it behaviorally though, if you’re forced to buy down 30%, it’s probably not a bad place to be, to be buying equities. That’s the tail hedging, and that’s where you can at least find some liquidity and you can find some better pricing. On the alpha side, what sort of strategies do you implement to try and generate returns?

Benn Eifert: Everything I think starts from the same basic thought process, which is derivatives markets exist not because there are guys like us who want to go find some sneaky trades to do to try to generate some alpha. Derivatives markets exist because there are end-users of derivatives that are trying to achieve some objective. Most of those, so for example, those retail investors buying the structured products and effectively selling puts are an example of that, they’re an end-user of derivatives.

Benn Eifert: An absolute return investment process in derivatives would typically just start with asking the question, “Where are there big imbalances in the market, either temporarily or relatively persistent, where some end-user or some large group of end-users are doing something in very big size because it achieves one of their objectives, but that’s too large relative to the market, or that’s congesting a particular part of the market?”

Benn Eifert: An example in the last several years is I started to allude to call-over writing and cash secured put selling, typically relatively short-data in index options has become very, very popular among large institutional investors. These types of strategies, so for example you take a $100 billion pension fund that has $60 billion of equity exposure. That investor is going to say, “Look, if stocks are up 30% this year, I’m going to be doing great. What can I do that path-diversifies me a bit so that if stocks are flat, I do a little bit better?”

Benn Eifert: Well one thing I could do is I own $60 billion of equities. Maybe I sell $10 billion of call options against those equities. Then that investor will do slightly less well if the market goes up 30% but look, he’s going to be fine. If the market’s flat he’s probably going to harvest some yield from selling those options.

Tobias Carlisle: Just so I can simplify, so they’re basically selling some strike above 30 on the call so that on the basis that 30% is a great yield for anybody, anything above that’s just being greedy. We’re much more likely to have returns below that so we can get some yield by selling those strikes that are up further. Is that the approach?

Benn Eifert: Yeah, that’s the basic idea. It typically wouldn’t be one year, 30% up side strikes. Typically it would be every month they might sell $10 billion of 2 or 3% out of the money strikes, but then do that every month. Roll that type of position every month.

Benn Eifert: Their bet is that over the course of a year, selling those modestly out of the money strikes every month, they’re going to harvest some, they’re going to net collect some premium. Or at least if the market is up huge, they will have given back some money on that program, but their underlying equity exposure is very large, much larger typically than they are overriding.

Benn Eifert: Also, if you’re to look at a 30-year back test of the performance or these types of strategies, they look very, very good largely because short-term options for a long time were really quite expensive. I think our view is that what you’ve then seen happen is these strategies to grow in popularity to such an extent, now a pretty significant portion of the large-scale institutional investor community has some type of call overwriting program for example. It might be 40% of pensions.

Benn Eifert: The size of those, and most folks are doing something very similar, so typically they’ll sell relatively near the money slightly up side, one-month options. Everybody’s doing the same thing in very big size. What that typically does is it changes the price and changes the forward looking expected performance relative to that 30-year back test that you did in the first place.

Benn Eifert: What folks like us, when we’re looking at absolute return strategies, we think okay, most likely we are supposed to actually be buyers of that over-sold part of the options market, and we’re probably supposed to think about what else we can sell against it to hedge, so that we have a hedged position where we’re buying something cheap and selling something expensive.

Benn Eifert: Then you have to go do a bunch of work and figure out well how would you actually do that, and what would make the most sense, and what type of a portfolio are you going to have and so forth. The starting point is almost always where is there some kind of dynamic in the market that’s involving some large-scale behavior by end-users of derivatives that’s making something too cheap, or something too expensive. Then how do you structure a strategy around that.