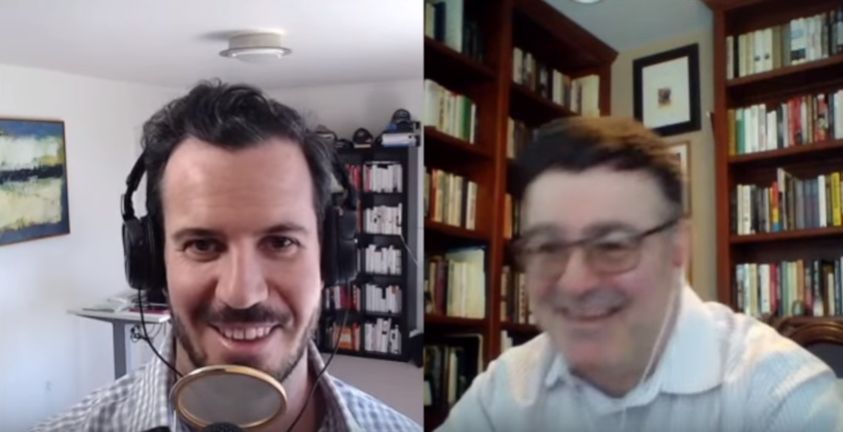 During his recent interview with Tobias. Joseph Calandro Jnr discusses the steps that investors can take to uncover a company’s hidden assets. Here’s an excerpt from the interview:

Tobias Carlisle: So you describe the strategy to exploit these hidden assets or, in particular, these intellectual property character-type assets as a ‘blue ocean’. And you said that there are some risks that the blue ocean may end up being a mere puddle, so how do you navigate those risks?

Joseph Calandro: Yeah, so I’m …. By way of background, I’m in a corporate strategy practice, and I’m not a strategist by training, I came in on the kind of the finance side as well as the industry side, the economic side. The blue ocean concept is a very, very popular strategic theory which says, “Don’t try to do what everyone else is doing, look for basically white space, the blue oceans, and try to capitalize on those”

Joseph Calandro: Now one of the problems with corporate strategy can be when you find something that looks like a seeming blue ocean, as you really get into it, it could turn out to be a puddle, rather than a blue ocean. So this is the reason why, as you know, given your background, so many corporate M&A deals don’t deliver on the value expected because the blue ocean that they saw with synergies and variety of other things, really didn’t come to materialize.

Joseph Calandro: The same thing can happen with anything intangible, such as hidden assets like this. So, there’s a number of steps we identified to go through if you’re going to focus on this that will lead you to believe that, first of all the hidden asset is really hidden and that’s really real; it is a real asset even though people aren’t currently paying attention to it.

Tobias Carlisle: Can you take us through those steps and how corporate value investors or how corporate teams can apply those to acquisitions?

Joseph Calandro: Yeah so great comment. And with respect to corporate value investing teams, they’re certainly there, so firms like Lowes, of course, Berkshire Hathaway, obviously, Markel, Fairfax, so there are a few, but they are very, very much in the minority.

Joseph Calandro: Being a value investor meets, inherently, being taking a contrarian approach, most people can’t do that. For a variety of reasons, they kind of follow conventional wisdom, and they stay on the beaten path, they won’t go outside of it. So when I’m talking to an executive, I never lead off with the value side, or I’ll bring topics in depending upon the business problem I’m there to advise on. So with respect to M&A, and especially if it pertains to a potential hidden intangible asset is number one, are the assets really unseen?

Joseph Calandro: So, if you look at Marvel, everyone was focusing on the movie by movie performance of the studio; no one was really focusing on the value of the integrated story arcs, even though they were clearly there. And if you look back in the comic book history, you saw it, the Avengers was a moneymaker for Marvel for quite some time. And that’s the second principle that the assets are really assets; they have some type of earning power.

Joseph Calandro: Integrated story arcs clearly had that, they were there at Marvel for quite a long time, but no one was paying attention to them with respect to the studio; so that’s kind of the second one. But that only gets you so far, the core to all of this is a focused value realization strategy. So, how are you going to do this, how are you going to realize value from it? Or in the case of Marvel, create value from it?

Joseph Calandro: Because, again, at the steady state, the value that they could earn basically earned the price that they paid; it’s a wash. Clearly their stockholders wouldn’t have approved the deal if it was just a wash, so how are they going to earn more than that? And, I think, that is the reason why Kevin Feige undertook the approach that he did was to plan these movies out over a decade or more, so you could see, not just on a movie by movie basis what was going on, but how they fit into the cohesive framework and kind of what it would mean. And then once they had that, then it came down to the operational expertise.

Tobias Carlisle: So just so I can understand, what Marvel had been doing was releasing the movies on a single movie by movie basis.

Tobias Carlisle: Find a character, and then release that movie. And Kevin Feige … is that the gentleman’s name?

Tobias Carlisle: His insight was that there was these Avengers, which were collaborations where several characters were brought together, and then they can have a very long story that went from their collaborations and into their individual movies and back again. And he saw that he could use that, which that sort of format had been used previously, and that would create more interest in the franchise and generate more money through ticket sales and so on?

Joseph Calandro: Well, that’s right. And it’s not just through a formal group like the Avengers. So the third movie in the Captain America series was a very famous one where Captain America and Iron Man fight. The same thing Thor, the third Thor movie involved not just Thor, but Thor and Hulk.

Joseph Calandro: So you’re getting interaction with two key characters, two or more key characters, and then you have the kind of broad group of the formal Avengers kind of doing it; and it was a way to kind of monetize these characters. So for example, if you look at the Marvels chief rival, DC Comics, they also have a movie arm; they have been far less successful in doing this. They had mixed success handling their properties on a movie by movie basis, but far less integrating it, so it’s not very easy to do, and there are a number of steps that are required to kind of do it.

Joseph Calandro: But to the extent people like these characters, why wait two to three years between movies if you could release a solo movie, then a team based movie and then the broader version of the movie? People are seeing these characters almost every year, and that’s not going to generate just movie revenue, but there is kind of a comic book underlay to all that that’s going to profit. There’s, obviously, toys there’s apparel, there’s also cartoons. So the money making machine, once it starts to roll this way, can be mighty and Disney certainly showed that here.

Tobias Carlisle: To identify that hidden asset, particularly in relation to the comic books, requires some deep familiarity with the subject matter.

Tobias Carlisle: And this is a data point from your paper that Marvel, sorry Disney, since the acquisition of Marvel has produced something in the order of 20 movies, and they’ve generated $17 billion in revenue and that’s excluding the Avengers end game which comes out today, which I think that the presales… There’re more than a billion dollars in pre sales, which is extraordinary.

Joseph Calandro: Yeah, I talked to one analyst and he thinks that, again, we’re just talking about movie revenue, again we’re not talking about comic book revenue, toy revenue, apparel and animated cartoons on television; this is just movies. The analyst I talked to says, “There are some people that think that this latest movie endgame could make $4 billion in and of itself, which is twice what the last movie made.” I mean, again, it does not get much better than this from a … If you’re a shareholder at Disney you’re very happy with kind of what they’re doing.