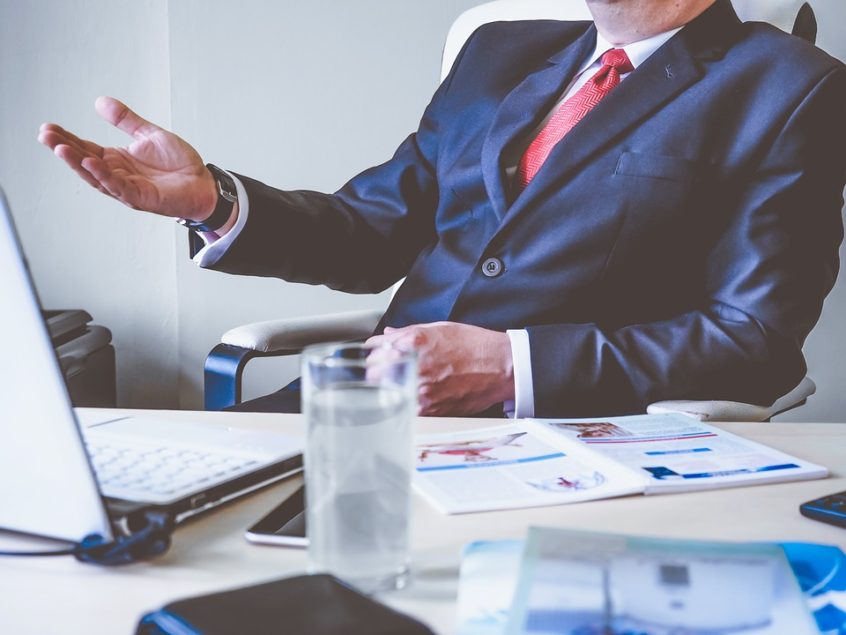 Here’s a great article by Guy Spier at MarketWatch in which he discusses what his lunch with Warren Buffett taught him about investing and life. Here’s an excerpt from that article:

It’s been 10 years since I and my friend, investor Mohnish Pabrai, won the annual Glide Foundation charity auction for lunch with legendary investor Warren Buffett.

Together we paid $650,100, which, although it seemed like an enormous sum at the time, is dwarfed by the $3.3 million paid this year. My cost was around $220,000 because we split the donation — two-thirds from Mohnish, who came with his wife and two daughters, and one-third from me and my wife (our children were too young).

Why did we do it? In my book “The Education of a Value Investor,” I offer several logical, well-thought reasons. But with the perspective of a little more time perhaps it comes down to plain and simple curiosity.

Over the years 2004 to 2007 my investing had gone well. I had some money in the bank and I simply wanted to sit down and break bread with this man I revered. On some level, all I was hoping for was to get a measure of the man, to size him up in person and get a sense of how he ticks. Was he really that smart? Was I like him in any way?

Lessons on investing (or not?)

Even if I didn’t match up to Buffett in terms of investing prowess, there was certainly a part of me that hoped that some of his Midas touch would rub off. Perhaps I would come away from the lunch having learned the lessons on how to beat the market and become a billionaire.

But that was not to be — at least, not directly. If only because questions about specific investments were off limits according to the rules of the auction. And in any case, Mohnish and I weren’t going to take the conversation there. We wanted Buffett to be relaxed and to enjoy himself. Pushing hard into investment topics would not have been productive.

And yet, even though we were not asking, perhaps we did indeed get the most important lessons of investing and endless wealth. Because such lessons are less about specific investments, and more about life. Give a man a fish, and he can eat for a day. Teach him to fish, and you have taken care of him for a lifetime. In our case, the lunch became more about how to live your life such that you are most likely to become a billionaire. And if you don’t become so wealthy it doesn’t matter, because the journey has been so awesome.

Put simply, Buffett was teaching us to act with the right motivation — because it’s the right thing to do, not because of what people will think. This was something I had not really thought about until that moment, and has been absolutely key ever since. This personal value ostensibly has nothing to do with value investing, but in truth it has everything to do with it. Because buying an undervalued, out-of-favor stock is all about doing what you know is right — even if the rest of the world may disagree.

Buffett offered up another, more profound lesson: In order to see the best opportunities in life, it’s important that others also get a good deal — ideally one even better than they bargained for. Nowadays this way of negotiating is ingrained into my behavior and habits, but that wasn’t the case 10 years ago. At the time, I still had this idea that being good in business was about gaining an edge and winning more than the other guy. Taken to its extreme, you become the guy where, after you shake someone’s hand, they want to check if they still have five fingers.

But the man I met at Smith & Wollensky’s steakhouse in New York that day 10 years ago had a completely opposite mindset. I can’t tell you how startling it was for me: there was Warren Buffett, one of the richest men in the world, and all he wanted to do was serve us and please us. He told us that he was going to make damned sure this lunch was worth our while. And for the three or so hours he was with us, he enthusiastically focused on what we wanted to talk about, and shared as much as he could.

This taught me something very important. If Warren Buffett was working so hard to please me, how much harder should I work to please people around me — even if they are less wealthy, less able, less powerful?

While this question seems on the surface to have nothing to do with value investing, it may be the only thing. Because I have learned that, sooner or later, the only thing we have to go on is others’ willingness to share back to us. And, over time, their willingness will have less to do with how smart, rich, powerful, or good-looking we are.

Rather, their willingness will depend on how willing we are to deliver genuine value to them. People who give a little more than they take live in a world that is rich with opportunity. As I have worked hard to deliver value to others, opportunities have multiplied in all sorts of ways. Better people have come into my life who are willing and interested to share with me. In terms of becoming a better investor, I now have more opportunities to learn.

At the end of our lunch with Buffett, what really drove that insight home for me was when I noticed that Warren was handing the waiters what seemed to be an enormous tip. Warren’s desire to deliver generous amounts of value even extended even to the waiters. In other words, we need to keep investing in and generating goodwill.

Buffett has said: Spend time with people who are better than you, and you can’t help but improve. But the real question is how to attract those people into your life. Luckily, I had a great teacher — my friend Mohnish Pabrai. When I moved to Zurich from New York, I enthusiastically adopted a number of his approaches to business.

Whether it was through my new association with Buffett and a closer friendship with Pabrai, or through my adoption of their approaches to generating goodwill, my learning environment improved greatly. For example, after the lunch I started getting invited to events at the Berkshire Hathaway annual shareholders’ meeting that enabled me to meet and engage with some of the people who run Berkshire’s subsidiary businesses — and who themselves are an extraordinary set of people to have in one’s circle.

And although I’ve been lucky enough to have met with Warren subsequent to our lunch, I certainly can’t say that we chit-chat on the phone or hang out together. But I also have no doubt that he would return my call in short order if I had something worthwhile for him. In my case, that would most likely be a deal that is of interest to Berkshire — perhaps a European power company, or a family owned business that I had managed to interest in selling to Berkshire rather than to a European private equity fund.

Cloning Warren: My own charity lunch

With just over three days left in the 10-day auction, the bidding is already at $11,100. Sure, that’s far from the $3.3 million the Buffett lunch just sold for, but it’s still interesting for me to see how much people will be willing to bid for up to seven of their friends to have lunch with me. Most of all I’m looking forward to meeting the winner and treating them to an experience that (in my dreams) will top the one I had with Warren and Mohnish a decade ago.

You can read the original article at MarketWatch here.