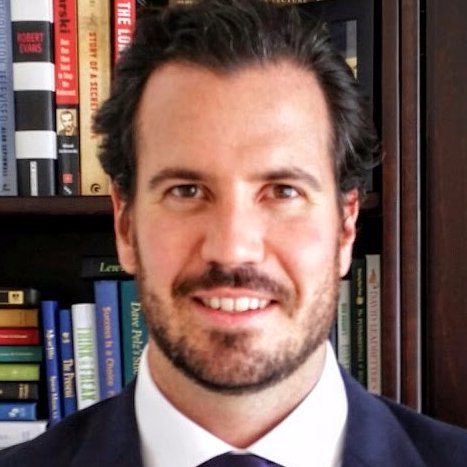 One of my favorite investors is Tobias Carlisle, who is of course our esteemed leader here at The Acquirer’s Multiple.

One of the best article ever written by him was one he wrote for Forbes called, What To Do When The Market Punches You In The Mouth. I thought today would be a good day to revisit this timeless piece.

“Everybody has a plan until they get punched in the mouth.” That’s Mike Tyson, the once-and-forever baddest man on the planet, and former boxing champion, explaining in his own words that the best laid plans of mice and men go often askew.

Well, you’ve just been hit in the mouth. The S&P 500 is down more than 8% this year and down more than 11% since it topped out on May 20 last year. That makes it officially a correction. What’s your plan?

Let’s get one thing straight: Nobody saw this coming. In the post mortem, it’ll be attributed to oil or China or North Korea but the real reason is that stock markets, like many things in the natural world, occasionally collapse. Take, for example, the 1987 stock market crash. The popular explanation for that decline is “program trading,” the computer-driven sale of futures to hedge declining stock portfolios, which was said to have created a self-reinforcing cascade of selling: The selling itself forced further selling. In the aftermath, John J. Phelan, then-chairman of the New York Stock Exchange, told The Wall Street Journal that “at least five factors” contributed to the collapse (via Above the Market):

[T]he fact that the market had gone five years without a large correction; inflation fears, whether justified or not; rising interest rates; the conflict with Iran; and the volatility caused by “derivative instruments” such as stock-index options and futures.”

The Wall Street Journal further noted that Phelan “declined to blame the decline on program trading alone.” Was Phelan wrong, or is the popular explanation wrong?

Here’s Robert Seawright, who writes about investors’ behavioral foibles on his Above the Market blog, explaining that Phelan’s explanation, while counterintuitive, “is wholly consistent with catastrophes of various sorts in the natural world and in society”:

Wildfires, fragile power grids, mismanaged telecommunication systems, global terrorist movements, migrating viruses, volatile markets and the weather are all self-organizing, complex systems that evolve to states of criticality. Upon reaching a critical state, these systems then become subject to cascades, rapid down-turns in complexity from which they may recover but which will be experienced again repeatedly.

Seawright likens such things to a sandpile:

Scientists began examining sandpiles and discovered that each tiny grain of sand added to the pile increased the overall risk of avalanche but which grain of sand would make the difference and when the big avalanches would occur remained unknown and unknowable.

The timing and causes of big avalanches in the stock market are similarly unknown and unknowable. If Phelan was right, it seems we can’t even predict stock market crashes after they occur.

There is research that shows the market becomes more likely to crash when it becomes overvalued. Nobel Laureate James Tobin’s q ratio is one such measure of valuation. The q ratio compares the market value and replacement value of the same assets in the stock market. Logically, there should be a relationship between the market and replacement values of the same assets and they should trade at approximately the same ratio (for reasons beyond the scope of this post, the relationship isn’t 1:1 but it should be roughly constant). Investor Mark Spitznagel says that when the q ratio gets too high–the market is expensive and overvalued–and large losses become much more likely:

[W]hen Q is high, large stock market losses are no longer a tail event but become an expected event.

In other words, the higher the sandpile, the more likely a crash. How high is the sandpile now? According to the most recent update published January 4 on Doug Short, who tracks the ratio, it currently stands 55% above its long-term average and close to its historic highs:

Here’s the problem with using valuation to predict big declines: The market has rallied about 45% since Spitznagel published his paper in May 2012. In fact, the market has been overvalued for most of the last 25 years, only dropping under fair value for a brief period in late 2008 and early 2009. While there were two huge crashes over those 25 years–the “dot com” bust from 2000 to 2002 and the 2007 to 2009 “credit crisis”–and a couple of smaller ones in 1998 and 2011, the market is up over 400% since first crossing into overvalued territory. The sandpile might grow increasingly shaky and an avalanche become increasingly likely but it can get a lot higher before that last tiny grain of sand finally makes a difference.

It is for precisely this reason that Warren Buffett advises value investors to ignore the level of the overall stock market and focus instead on individual stocks:

At Berkshire we focus almost exclusively on the valuations of individual companies, looking only to a very limited extent at the valuation of the overall market. Even then, valuing the market has nothing to do with where it’s going to go next week or next month or next year, a line of thought we never get into. The fact is that markets behave in ways, sometimes for a very long stretch, that are not linked to value. Sooner or later, though, value counts.

Value investors take an ad hoc approach to portfolio management, only holding cash to the extent that they can’t find undervalued stocks. If you’re value investor, it doesn’t make sense to sell undervalued stocks in anticipation of a stock market sell-off. That’s usually the best time to buy stocks. Buffett counsels that you should not be in the stock market unless you can “watch your stock holding decline by 50% without becoming panic-stricken.” If you are unwilling to endure a 50% crash and you still want to own stocks, there is another way.

You can read the original article at Forbes here.