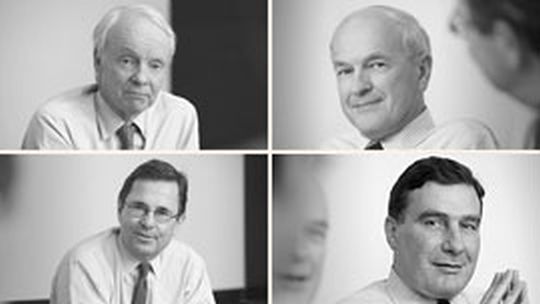 One of the value investing firms we follow closely at The Acquirer’s Multiple – Stock Screener is Tweedy, Browne Company LLC (Tweedy Browne).

Tweedy Browne, a successor to Tweedy & Co., was first established by Forrest Birchard Tweedy in 1920 as a dealer in closely held and inactively traded securities. The firm’s 95-year history is grounded in undervalued securities, first as a market maker, then as an investor and investment advisor. The firm’s investment approach derives from the work of the late Benjamin Graham, co-author of the first textbook on investment research, Security Analysis (1934) and author of The Intelligent Investor (1949). Graham, through his investment firm Graham-Newman Corp., was one of the firm’s primary brokerage clients in the 1930s, 1940s, and 1950s. It was through Graham that the original partners of the firm developed brokerage relationships with investment legends Walter Schloss and Warren Buffett, and met Tom Knapp, who joined the firm in 1957 from Graham-Newman and led its conversion from broker to investor.

One of the best free resources available to value investors is the company’s annual reports and shareholder letters. In the March 2016 Annual Report I found the following gem from the Directors of Tweedy Browne which highlights the importance of knowing what you know (in investing) and protecting against what you don’t, using a quote from Benjamin Graham.

Here’s and excerpt from that letter:

We have worked hard over the years to develop a “repeating golf swing” in the investment business – one that we hope will allow for some consistency of results over the longer term. While we believe our long-term records demonstrate some success in our service to shareholders, we remain humbled by the day-to-day vagaries of our capital markets, and how little control we ultimately have over our investment fortunes in the short run.

The stocks we own don’t know that we own them, and therefore do not behave in ways that are always consistent with our near-term interests. We can ferret out pockets of what we believe to be undervaluation in our markets and individual securities that offer clues to future investment opportunity, but we have no assurance as to when, or if, that value will be recognized by other market participants, or by an acquirer.

In Plato’s Apology, considered by many to be one of his finest works, Plato offers his version of a speech given by Socrates over twenty-four hundred years ago where he postulated the following paradox in his lifelong quest for wisdom:

As with Socrates’ disdain for the arrogance of those who think they know, Benjamin Graham humbly fashioned an investment methodology focused on the knowable while protecting mightily against the unknowable.

Distinguishing between investment and speculation, he required in his analysis for the former a “margin of safety,” “available for absorbing the effect of miscalculations or worse than average luck,” and placed “particular emphasis on the ability of the investment to withstand adverse developments.” In addition, Graham opined that:

Probably most speculators believe they have the odds in their favor when they take their chances, and therefore they may lay claim to a safety margin in their proceedings. Each one has the feeling that the time is propitious for his purchase, or that his skill is superior to the crowd’s, or that his adviser or system is trustworthy. But such claims are unconvincing. They rest on subjective judgment, unsupported by any body of favorable evidence or any conclusive line of reasoning.

We greatly doubt whether the man who stakes money on his view that the market is heading up or down can ever be said to be protected by a margin of safety in any useful sense of the phrase… Thus, in sum, we say that to have a true investment there must be present a true margin of safety. And a true margin of safety is one that can be demonstrated by figures, by persuasive reasoning, and by reference to a body of actual experience.

While there is much that remains unknowable in financial markets, what we do know is that Graham’s “big idea” – that a common stock represents a fractional ownership interest in a business and that the essence of investment is to attempt to exploit discrepancies between the intrinsic value of a business and its price in publicly traded markets – has empirically and practically worked over the long term.

We have done our best at Tweedy, Browne over these past 95 years to hone an investment organization that can execute on Graham’s promise. It is fair to say that our “road to Damascus” moment as an organization came when our forebears first met Ben Graham and adopted the tenets of his approach, and, to the extent we have achieved some success along the way, it can be largely explained by our steadfast commitment to that discipline. Today’s investment team remains unwaveringly dedicated to those principles, and we are confident that they will continue to serve us well over the long term.