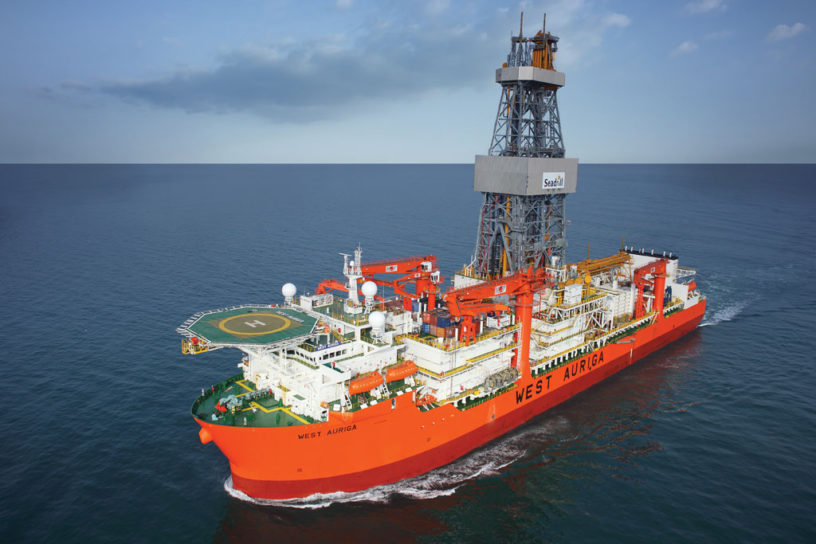 This may be the start of a positive turnaround in what’s been a tough 12 months for the share price of Seadrill, falling 54% in that time.

The main reasons for the increase in 2015 revenues included:

The acquisitions of the West Auriga, West Vela and West Polaris contributed approximately $56.4 million, $183.4 million and $123.3 million respectively to the increase compared to the year ended December 31, 2014.

Lower downtime on the West Capricorn contributed to the increase in revenues by approximately $33.5 million. The increase was partly offset by a decrease in contract revenues of approximately $122.2 million relating to the West Sirius which came off contract in April 2015, and is now receiving a termination fee rather than the full dayrate. The termination fee is included in “Other revenues”.

Also offsetting the increase was a decrease of approximately $38.5 million in initial contract revenues from the West Vencedor, which was stacked after its contract ended in June 2015, before commencing a short-term contract in Myanmar in late 2015. The remaining movements were due to variations in the operations of the drilling units.

OK, so that’s the good news however, one of the biggest issues facing Seadrill is its high debt load. So it’s no surprise when we read the following from Bloomberg.

Offshore drillers are struggling to repay debt as competition and reduced spending by oil companies hurt income. Falling demand for rig services is forecast to reduce sales at the world’s largest offshore contractors by 25 percent this year and at least 10 percent in 2017, according to Bloomberg Intelligence analyst Andrew Cosgrove.

So, it was good news on Friday when Seadrill announced, that it has reached agreement with its banking group to extend its three nearest maturing borrowing facilities and amend certain covenants across its secured credit facilities, as the first phase of a broader plan to refinance and recapitalize the business.

The facility extensions relate to:

The covenant amendments extend to 30 June 2017 and relate to the following:

Mark Morris, Chief Financial Officer said: “This is an important first step in our funding plan.  By deferring our imminent borrowing maturities, resetting a number of covenants and removing the risk of facility prepayments related to declining rig values we have established a more stable platform to pursue and conclude negotiations with our stakeholders.  We are pleased with the support shown by our banking group and continue to make good progress on negotiating a broader package of measures intended to significantly improve liquidity and bridge us to a recovery in the sector.”

In terms of valuation, we currently have Seadrill at #20 in the All Investable Screener here at The Acquirer’s Multiple. The company has an Enterprise Value of $4.2 billion, and operating earnings of $844 million, giving it an Acquirer’s Multiple of 4.99. Incredibly, the company is trading on a price-to-earnings ratio of just 1.79, and a Free Cash Flow to EV Yield (FCF/EV) of 10%.

I think Seadrill has had a great 12 months, based on its latest annual report. I agree that the company does appear to have a high debt load however, I also believe that its long dated contracts and substantial contract backlog will mean that it is well positioned to “weather the  storm”.

For me, Seadrill is still a buy.