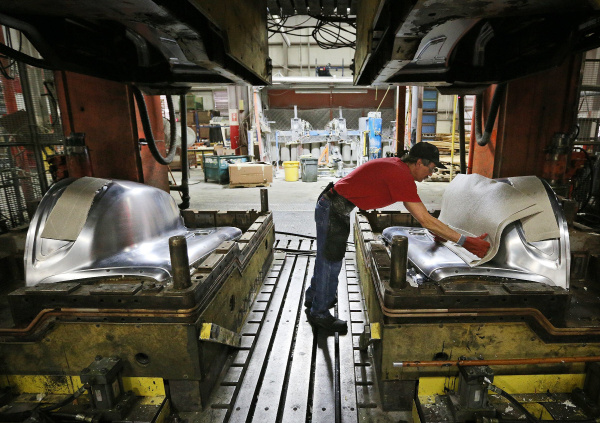 This is welcome news for Core Molding, whose share price was down almost 48% prior to the announcement.

Core Molding serves a wide variety of markets, including the medium and heavy-duty truck, marine, automotive, agriculture, construction and other commercial products markets.

“We achieved record sales, net income and earnings per share in 2015,” stated Kevin L. Barnett, President and Chief Executive Officer of Core Molding.  “Our strong year-over-year sales growth was due, in part, to the launch of several new programs with existing customers as well as an overall increase in customer demand.”

“Additionally, our March 2015 acquisition of CPI Binani provided us with new production capabilities in direct long-fiber thermoplastics, along with new customers in several industries and incremental revenue.  We generated record net income as a result of the overall sales increase and an improvement in profitability which pushed net income as a percent of sales to 6.1% in 2015 compared to 5.5% in 2014.”

“While the second half of 2015 was impacted by a slowdown in demand by our truck customers, we still managed to produce solid overall results in the fourth quarter.”

Mr. Barnett continued, “Looking at full year 2016, industry sources forecast a decline in production of Class 8 trucks of approximately 20%, which represents a relatively moderate down-cycle compared to the slowdowns experienced in the past two decades.”

“While truck sales continue to represent more than 75% of our total sales, we expect our increasing end market diversification efforts, aided by our CPI Binani acquisition, along with other strategic investments we have made in new process offerings, to partially offset the impact of the truck production slowdown.”

“Over the long term, we believe we are well positioned to deliver profitable growth as we continue to diversify our markets, materials and processes and drive operational enhancements.”