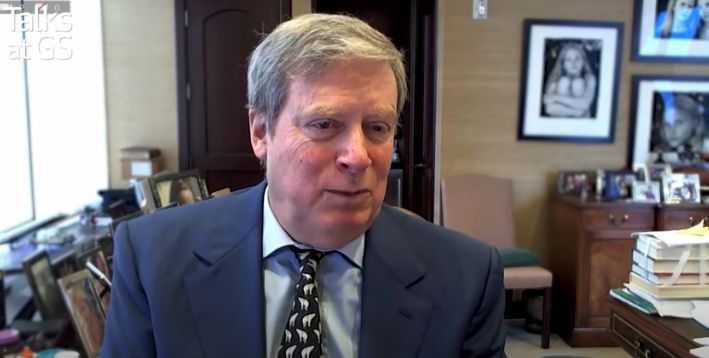 As part of his latest interview on Talks at GS, Stanley Druckenmiller discussed how he has avoided down years. Here’s an excerpt from the interview:

Tony Pasquariello: I’d like to spend a minute on your process for money management, and you had referenced this earlier, but you’ve remarked to me before, you can’t make big money without confronting big swings and real market volatility. And yet, one of the hallmarks of your career is you just don’t lose money. Not that you don’t have draw downs, of course you do. But I think you’ve been running Duquesne since 1981 and I believe you’ve never recorded a down year. And so, I just want to ask a little bit about your portfolio construction process and then your risk management around that. Is there a specific process or given set of principles you tend to follow at all times?

Stanley Druckenmiller: First of all, the no down years is true, but a lot of it is luck. I’ve been deep in the hole three or four years. And in every case, something came along, and it was just a coincidence of the calendar. December 31st, December 31st, I happened to be up. Had you measured from another part of the year, say May to May, I would have had some down years.

But I would say, Tony, and you’re right, I referenced it earlier, the fact that I can travel around five or six asset classes does a couple of things. Number one, it can point you in the right direction. And if you really believe something, you can make big, big gains there.

Number two, as a macro investor, currencies and bonds trade 24 hours a day and they’re very liquid and you can change your mind, which I’ve had to do a lot in my career because I’ve been wrong a lot in my career.

And number three, this is more subtle, but it also gives you discipline not to be playing in it around in an area that is dangerous. If you’re an equity only investor, it’s your job to be in equities. If you have the latitude to say, I’m just not going to play, it’s too complicated, you don’t play in them.

So, I think in many cases, credit would be a perfect example, I’ve never lost money big in credit because the only time I ever buy credit is every eight years there’s a complete debacle in the credit market and we go in and we buy a bunch of credit. Well, if I was a credit investor, I would have had three or four down to 30 percent years. So, that’s that.

The other thing I would say, and this is totally counterintuitive, I’m very much of the philosophy which also creates its own discipline problem, put all your eggs in one basket and watch the basket very carefully. You know, I have found time and time again that every investor, has three or four big winners a year. And usually, you know what they are. And where you get in trouble is something you’re not entirely focused on. Well, when you put 50, 60, 70 percent of your assets or more in one asset class, trust me, you’re focused and they’re more risk averse than something where you might have five or six in and it can have a blow up.

I’ve never used VAR. We have used it at Soros to get banking lines from great companies like Goldman Sachs. But basically, very unsophisticated. I’d watch my P&L every day. And it would start acting in a strange manner relative to what I would expect out of a matrix. I described one earlier for today, you know, my antenna go up. And I’ve always used my P&L because I found all of those risk models, they’re great until complete chaos happens.

And then all the correlations break down and they can suck you into a false security. If you’re watching your P&L and your antenna are up and you’ve been doing it for 30 or 40 years, I’ve found it a much better warning system than some of these mathematical models out there. They’re useful. They’re just not useful when you really, really need something like that.