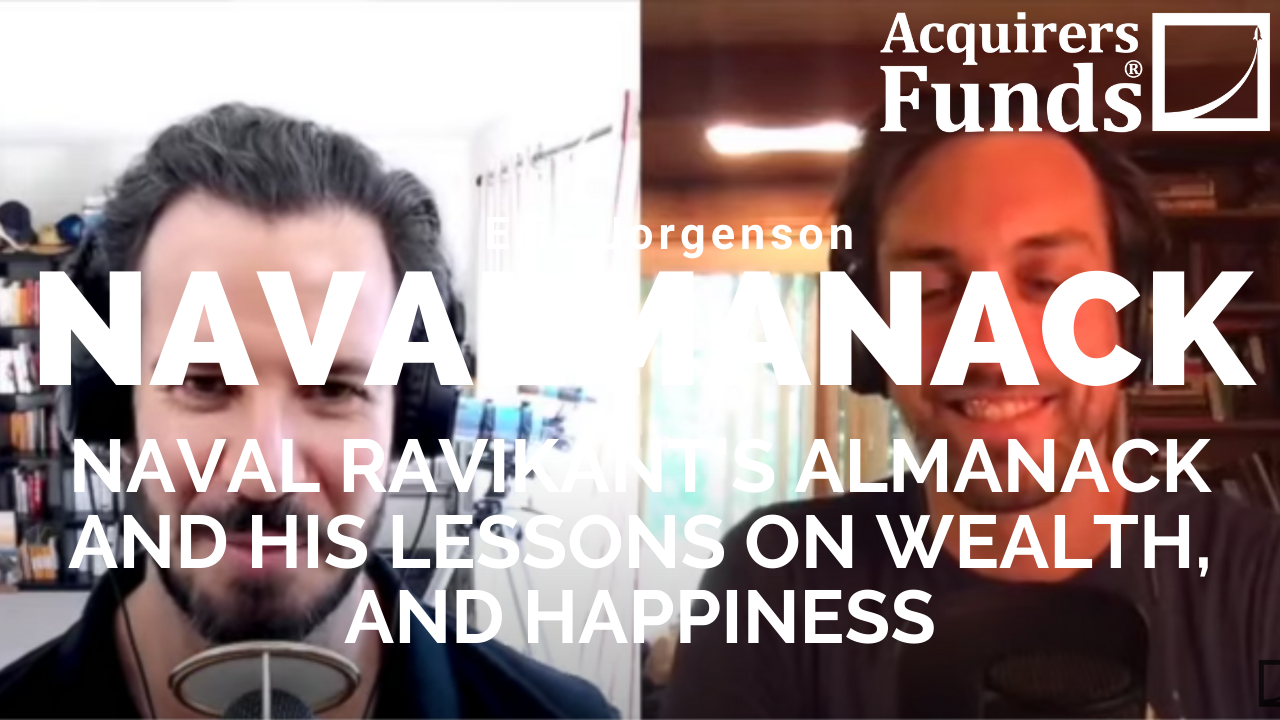 During his recent interview with Tobias, Eric Jorgenson, author of The Almanack Of Naval Ravikant discussed Naval’s thoughts on Playing Long-Term Games With Long-Term People. Here’s an excerpt from the interview:

Tobias: One of the things that I’ve discovered, probably as I’ve got older, and this is one of Naval’s points as well as, is that “You want to play long-term games with long-term people.” What’s he mean by that?

Eric: Yeah, the long-term games piece comes from something that I’m sure everyone here is familiar with, which is just that all returns come from compounding. You’re not going to win any games with one at that– you’ve got to keep showing up and keep doing preferably the same thing, uninterrupted long-term compounding. And what he points out is that there’s compounding in relationships.

There’s compounding in trust. There’s compounding in building awareness of each other’s strengths and weaknesses and knowing whose judgment to trust on different people or different topics. And the long term piece of that is that his iron prescription is that you really don’t want to spend a day working with anyone that you wouldn’t spend your whole life working with, which is very extreme. But it’s really easy to get on that slippery slope of like, “Well, it’s just a day, it’s just a week, it’s just one job.” And you find yourself miserable for years because you think something is only going to be short term.

And when you say if you’re not willing to work with this person for your whole life, don’t work with them for a day. All of a sudden, it’s this crystal clear like, “That’s not how I want to spend my life.” It makes you value your time, it makes you value your interactions. In the long term compounding perspective, if you’re not willing to work with someone for 10 years, 50 years, 100 years, then you’re not doing much to build the long-term value of trust in that relationship, that these long-term partnerships and these long-term efforts– even in the startup world, it’s common to put together two or three people and take a run at a thing for a year, but if you’re a founder of a company and you leave after a year or two, even if the company goes on to be successful, you aren’t part of that long compounding journey that becomes an IPO and becomes a huge company. You’ve really got to be careful which trends you get on because you want to stay on one for a long time.

Tobias: Yeah, I always think it’s funny because I’m an investor, I do a lot of DCFs and I look at a lot of compounding. And the movement at the start is so meaningless– It’s not meaningless, it’s just there’s so little of it. The compounding is so tiny, you can’t see it. And then, you look at the terminal number, and the terminal number is much, much bigger than you can possibly imagine looking at the beginning number, and it’s that you have to get used to thinking in those exponential terms where little things done right now really do have this gigantic impact down the road and it does. I’ve noticed that Buffett does the same thing. He’s not going to put something in his calendar for a week from now. If he’s free and you’re there and you want to get in touch with him, then it’ll happen, but he’s not going to tie up his calendar.

Eric: Yeah. And it’s really painful to know you’re two-thirds of the way into one of those compounding graphs that you can visualize, and everything still feels tiny, and you’ve been at it for years and you believe in compounding and you’ve studied compounding and you know the math. And it’s still just so hard to look at small numbers and feel you have earned more now, and just trust the process.