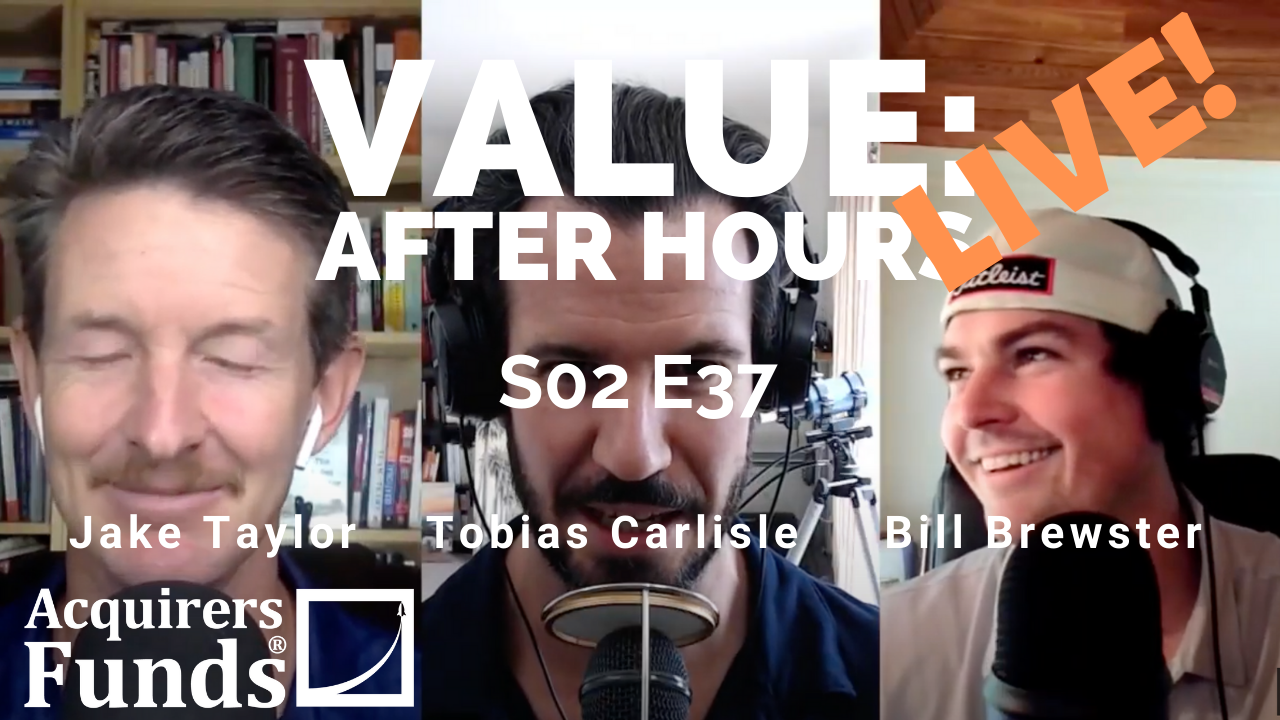 During their recent episode of the VALUE: After Hours Podcast, Taylor, Brewster, and Carlisle discussed Butterflies, Trust, And Ethical Collapse. Here’s an excerpt from the episode:

Jake: That’s fair. All right. There are currently roughly 10,000 species that we know of who will parasitize ants. What that means is they’ll infiltrate the ants’ layer and get the ants to do all the work for them and these species will just live off of the ants’ hard work. Anything from flies to beetles to even other ants will enslave ants.

Now, the one I’m going to be talking about in particular is called the mountain Alcon blue butterfly. When it’s a caterpillar, it will secrete these chemicals that are found on ant larvae so that the ants think that it’s one of the larvae. And it’ll sit there, and it even will mimic the actions, like the movements of the larvae. The ant workers will actually rescue the caterpillars from danger. They will feed them and in fact, they will even slaughter their own young to feed the Alcon caterpillar in times of food shortages. And the reason why, is that the Alcon has figured out actually how to sing like the queen of the ants. So, apparently, ant queens make these– they rub parts of their body together and make these vibration sounds. And this caterpillar has figured out how to do the exact same thing by scraping different parts of its body together and it sings the same tune.

Tobias: Horrifying, I think, is the word you’re looking for there.

Jake: No way, man. It’s awesome. So, the caterpillar, it’s learned how to hack the social structure of the ants and bend it to its well. Now, estimations are that roughly 1% of the general population of humans are potentially like psychopaths. And they can be actually very charming if you hear stories about like Ted Bundy, and it’s possible that they’ve learned how to sing the queen’s tune to make people do the things that they want to do around them. And even they tend to use cause-and-effect statements more than average. They had to because– they give reasons like, “Oh, this had to happen because something,” which if you’re familiar with the psychological research on cutting in line for the copier, just giving any reason at all will make people sort of turn off their critical thinking.

Anyway, it is in the nature of these caterpillars to take advantage of the ant situation. For the same reason, you don’t blame nature for that. I actually don’t blame the psychopaths who take advantage of humans. It’s their nature as well. However, we’ve designed systems to help us control for that. Even at the federal level, just federal only, we have the SEC, the DOJ, the FBI, the Federal Trade Commission, the Bureau of Consumer Financial Protection, Department of Labor, Better Business Bureau, the Fed. That’s just federal level, who are supposed to be looking out for us to protect us from these– the human–

Tobias: Just me. You were listing off all of the federal agencies, the one that you missed was the post office. They’ve got the armed guys who–

Jake: Yeah. The post office as well. This was just me off the top of my head, all of the different federal agencies who are supposed to be protecting us from psychopaths. That doesn’t count the state regulators, the local municipalities. Why is this important? Well, trust is a huge, huge thing for capitalism and democracy. It lowers the cost of doing business, of transacting with each other when there is a lot of trust. And it allows for nonzero-sum interactions. If trust is completely lost in the system, then we end up in much more of what it looks like in like a prisoner’s dilemma type of game theory where you cheat the other person, it’s all transactional. The costs are much higher to research who you should trust or not.

We need to make sure that trust stays and is kept. And we need, I guess, these other– the people who are supposed to be looking out for us to do a better job of that because it feels like, at least in my opinion, that things have gotten a little bit post-truth, post-fact. It doesn’t seem like anything matters anymore. Nobody’s really looking out for as much as you would hope they would.

Tobias: The original dotcom boom was a similar kind of thing. The promise of these things was so much greater than what was delivered in the short term at least. Maybe, we have in fact delivered on that early promise. But I mean, is that possible, we just go through these periods where it’s all very new and exciting, and we don’t really know how to handicap it?

Jake: It’s possible. Yeah. I mean, there is– if you read Carlota Perez’s book on technological revolutions, and there’s an initial effervescent phase where everyone gets excited about the technology, and then that dies down, and then there’s like an actual installation phase where things actually start working the way that they were promised.

Tobias: Sorry, mate. You might have been asking a rhetorical question. I answered it! [chuckles]

Jake: [laughs] All right, I’m going to pigeon or dovetail in with this. A really nice book, the author’s name is Marianne Jennings and it’s called Seven Signs of Ethical Collapse. And it’s nice because it gives you the causes of the ethical collapse and then it weaves in these stories from WorldCom, Enron, Adelphia, Tyco, HealthSouth, Sunbeam, Arthur Andersen, etc. Then, it also actually gives antidotes for– if you were running the culture of a company, how could you help, ensure that you don’t get ethical collapse? So, I’m going to run through these seven. This might help for your segment, Toby.

Jake: Yeah. Number one, the pressure to maintain those numbers, like you always have to make the numbers that you promised, whether they’re true or not potentially. Number two, a culture of fear and silence, stifling whistleblowers, firing people who dissent. Number three young’uns and a bigger-than-life CEO. Does that describe any companies that you might think of? [chuckles] Number four, a week board? I find this one interesting because, look at Theranos. Everyone pointed to that, like, “God, look at all the people who are on this board.” And they had, I don’t know, three or four people who are Secretary of State at some point, pretty prominent positions. But I don’t think they had anyone who actually had a PhD in blood chemistry or–

Jake: –no scientific Yeah, exactly. If you’re Henry Kissinger, I don’t know how much you know about micro-platelets and measuring blood readings. Anyway, so the board doesn’t necessarily– just the names alone, don’t let that fool you into false sense of security. Number five, conflicts of interest. This would be self-dealing, family members working for the company, buying your cousin’s failing startup. I don’t know what company that might be. Number six, innovation like no other. Where do we have that? All over the place right now? Okay. And number seven, goodness in some areas atones for evil in others. So, maybe saving the environment or–

Tobias: That’s quite a checklist.

Jake: Interplanetary species. There’s lots of different options there. So, anyway, those would be seven signs of ethical collapse to watch out for.

Tobias: Yeah, I’ve got to say it, Tesla, I know this immediately gets me downvotes and people just hang up. But if that’s not a list of the stuff that Tesla’s doing, I don’t know what is. The only thing that makes Tesla look good is Nikola.

Tobias: I like the idea. I think psychopaths are now known as sociopaths. So, I think the DSM, they’ve updated the word, they don’t like to call them psychopaths anymore because they felt bad.

Jake: My apologies to all the psychopaths out there.